By BOB KENSELAAR
June 25, 2012
Sign in to view read count
AAJ: Tell me about your work with Ray Brown.

AAJ: Have you had any thought about doing a project with three basses yourself?

CM: No. I have a hard time believing I could ever do that again after playing with John and Ray. If I did do something like that, it would have to be radically different from what we did with Super Bass. I would have to get together with William Parker and Mark Dresser, which I would love, too—do something different.

But in terms of the style of what we did with Super Bass, I don't think I could do that again. As a matter of fact, we tried playing—this was funny—right after Ray Brown died, we did one of those Ray Brown tributes at the Blue Note. I think Benny Green was on it—Benny Green and Gregory Hutchinson. John and I tried to play the Super Bass material without Ray. I remember Milt Jackson's wife Sandy and their daughter Chyrise were in the audience, and after we finished the set, I remember Sandy came over and she said, "I've got to talk to you. Don't play that Super Bass stuff." She said, "You guys need Ray. Don't do that anymore." I said, "Yes ma'am."

AAJ: You mentioned playing Ray Brown's bass for the Monty Alexander gig. What other basses do you play?

CM: I have Ray's bass, and then I have my regular bass, which I've been traveling with now for almost twenty years, which is actually in the shop right now getting overhauled—just a hundred thousand mile checkup. The one that I usually use is a German bass, built in 1920—estimated 1920. Ray's bass was actually built in the Philippines, I believe. That bass was actually built, I believe, like, in the '80s. So, it's not an old bass, but it's a good bass. I've only had the bass for, I guess, two years now, and I don't get to use it quite that often. I'm going to have to take it to David Gage's shop in the Village to check it out and get the specs on it.

AAJ: You have a very distinctive, personal sound in your playing.

CM: A lot of musicians always say, these are your instruments: your hands, your lips, your breath. That's your instrument. Surely, if you have to change instruments every night, you might sound a shade different from night to night. But look at somebody like Oscar Peterson. He had to play a different piano every night. It's not like he traveled with a piano in the back of the station wagon. He still sounded like Oscar Peterson. 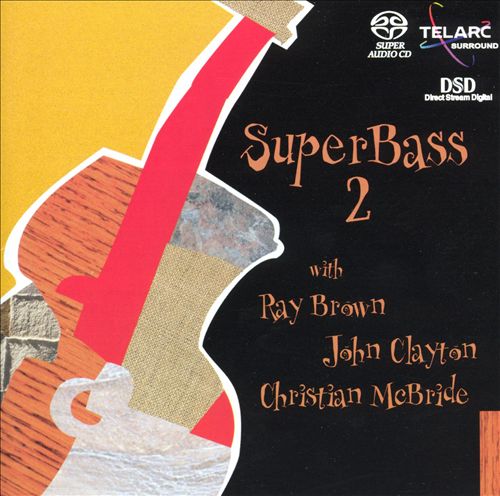 AAJ: How is it that you've developed your sound—so fat and full, getting everything out of the instrument? There are other bass players out there—some great masters, too—where you hear more of an emphasis on the string.

CM: When I first moved into town, it was during an era—a kind of "back to the future" era, where a lot of acoustic bass players were playing with no amplifier. We were trying to learn how to develop our sound with just the instrument, instead of using the amp as a copout. But then, some of us started taking it a little bit too far, started raising the strings way too high, and it became like a testosterone fest. How far can you move the mike away from your bass and still be heard? How high can you get your strings up without your fingers bleeding? It turned into some real dumb, "man" stuff for a little while.

But I think that actually helped me a little bit, because I was able to learn how to set my instrument up to where I was still able to get a good chunk of flesh into the string, but not kill myself and still be heard. And the greatest thing was being around Ray Brown. You know, who had a bigger sound than Ray Brown? I got a chance to hear him up close so many times and could hear that. Even though he used an amp, very little of the sound was coming from the amp. The amp was just a little tiny shadow to outline the natural sound. And I think that's what amplifiers should be for. Particularly if you're playing small group improvisational music where it should be organic sounding, natural sounding.

AAJ: We talked a good bit about the big band and your Conversations with Christian duets, and you did an interview for All About Jazz some time ago that focused on your quintet, Inside Straight and the CD, Kind of Brown (Mack Avenue, 2009). You've also done a lot of work with your trio with Christian Sands and Ulysses Owens. Will that be continuing, too? 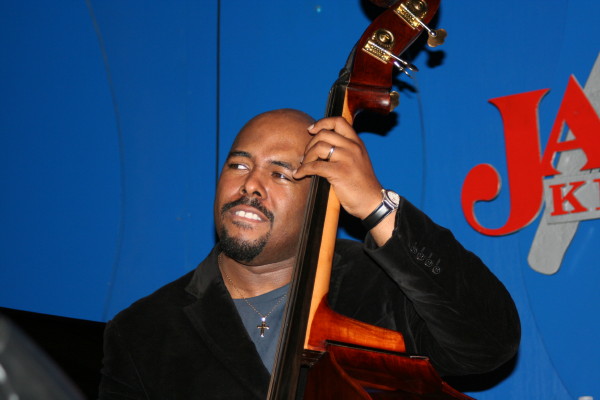 CM: We just recorded, so I know that the trio is going to wind up getting a whole lot of work—I certainly hope that the trio would get a lot of work once the recording is released in the fall. Christian Sands—man, I have not been this excited about a musician probably since the first time I heard [vibraphonist] Warren Wolf. Christian—he just turned 23 a couple of days ago, and he has so much wisdom for his age. He's still 23, very much all of 23. He still listens to a lot of popular music. He does things 23 year olds are supposed to do. But when it comes time to play the piano, he all of a sudden turns into a very old man full of wisdom. He's always asking questions, but, I mean, he listens and watches more than he asks questions. That's what I used to do when I'd be around a lot of the older guys. I'd just watch, and eventually all of my dumb questions would be answered without me having to open my mouth. And I think Christian is like that because he spent a lot of time around Dr. Taylor. He was one of Dr. Taylor's last protégés. He got to be around Hank Jones, and he got to be around Oscar Peterson. So, he got to be around the three titans of jazz piano while he was still a teenager.

AAJ: How did he get to do that?

CM: Well, because he always had so much talent as a teenager, I guess he ran into these musicians going to gigs, watching them play. That's the way to do it. He's hungry. He goes and he follows all of the baddest cats around.

AAJ: How did you meet him?

CM: I met Christian on Marian McPartland's radio show on NPR. I got a call to come in and sub on Piano Jazz, and I asked Marian who the subject was. She said, it's a young kid named Christian Sands. I thought, OK. I'd never heard of him, but I said, "Well, if he's on your show, he must be pretty good." My manager and I went to the studio, and we heard him warming up. He sounded really good. It was funny, because I was thinking, "What do you ask an 18 year-old who hasn't really had any gigs yet? I can't stretch this out for an hour." But on one of the breaks I heard him play something—he played some really fast stride piano, and he played this Oscar Peterson lick at top speed. I can't remember what song I called but it was something fast. And he said, yeah, let's play that. And he played that tempo—just nailed it. And then I said, let's play a ballad. And we played a ballad very, very slow, and he nailed that. And I thought, "You know what? I'm going to be a pain in this kid's behind." And I guess about a year or so later I asked him to sub in Inside Straight because Peter Martin, my regular pianist had to miss a couple of gigs, so I called Christian. We've been playing together pretty much ever since. He's such a bad little dude. I love him to death.