By DUNCAN HEINING
November 1, 2013
Sign in to view read count 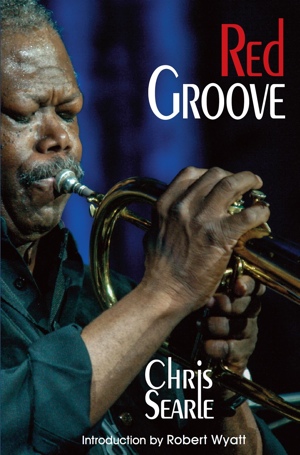 The life story of poet, teacher, author and activist Chris Searle is as intriguing as that of many of the musicians he discusses in Red Groove. Teaching at an inner city school in London in the early seventies, Searle encouraged his pupils to write poems about their lives and then published the results. An active trades unionist, Searle was a thorn in the side of the local education committee and this was used as an excuse to sack him. So blatant was this act, that (with utmost irony) Margaret Thatcher—then Minister of Education—was obliged to overrule the authority and reinstate Searle.

By that time, Searle was already beginning a journey as an educator that would take him to post-Liberation Mozambique, Grenada, Tobago and Canada. As an English language teacher, he has pioneered work with young people and adults from minority communities in Britain, motivated ever by the belief that education and literacy are the means to empowerment. It is no surprise that both his poetry and his jazz writing reflect these same concerns for freedom and social and economic justice.

Red Groove is a collection of record, book and concert reviews from Searle's 14 year stint as jazz correspondent of socialist daily newspaper, The Morning Star. One is immediately struck by the author's passion for the music—and his wonderfully eclectic taste. Here Coleman Hawkins keeps company with Joe McPhee and Evan Parker, whilst Mary Lou Williams rubs shoulders with Vijay Iyer. The more one reads, the more impressive the prose becomes. Each review is a beautifully self-contained piece of work, balanced and flowing off the page. Time and again, the reader is forced to return to hear half-forgotten records afresh or raid their bank accounts to obtain those not yet discovered. Reading Searle can prove an expensive business!

ADVERTISEMENT
But even more than that, Searle brings to Red Groove that same sense of purpose and discovery that made his previous book on jazz and its hidden activist history, Freedom Groove (Northway), such a singular pleasure. Perhaps given his own travels, Searle is very conscious of the importance of place and time and of how both may shape our lives. Constantly, he refers to where a musician comes from on this planet and, so doing, locates them within their world of opportunity, tension and creativity. He delights in connections and how these create new creative possibilities in art and music. He writes of these musicians not as isolated geniuses but as social authors, parts of communities of inspiration and ingenuity. And most importantly, his descriptions of their work bring to bear the linguist's eye for detail and the poet's love of language.

Lest this seem over the top, it must be said that Searle's attention to the minutiae of jazz history is not always what it might be. For example, in a review of Chris McGregor's Very Urgent, reference to the Blue Notes misses out saxophonist Nick Moyake. Elsewhere, the account he gives of the Spontaneous Music Ensemble and its origins is at best incomplete, although, it must be said, that this is anyway a story that has proven remarkably difficult to pin down with any confidence. However, such shortcomings are easily forgiven by pieces such as that on singer Norma Winstone. Touchingly but without sentimentality, Searle recounts how he knew Winstone's aunt who was a cleaner at the school where he taught and how the singer's life and work both transcended such East London origins but remained true to them. It's a beautiful piece and an excellent example of what Searle does so very well. He is a story-teller and very fine one, indeed.