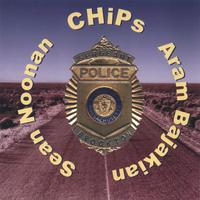 So is this the kind of thing produced by skinny kids who spend far too much time in their bedrooms? The insert photo of guitarist Aram Bajakian presents us with whatever the opposite of a jock might be, and the music reveals him to be an accomplished guitarist who has happily heeded the advice of Bill Evans in learning his technique and then forgetting about it. Sean Noonan works over an augmented drum kit, and the music the two produce is more or less entirely free of stylistic allegiances ' no small feat in itself ' and the range of the music is all the more remarkable considering the limited ' though occasionally augmented ' instrumental palette. Rock without the blustery grandstanding, jazz without the nerdy introspection.

There are echoes of prime Soft Machine on "Masana," not least in the slightly tart tone of the anonymous alto saxophonist echoing Elton Dean, and the trickier passages here are suggestive of a similarly less generic style of fusion in which self-indulgence is not an end in itself. "Our Country" has the core duo indulging in some studiedly fluffed syncopation, only to branch out into a form of warped hoedown that would have the denizens of the Grand Ole Opry forming a posse and saddling up the horses.

The semi-anonymous quartet ' the saxophonist turns up again, as does a nameless bassist ' shows that it can wax reflective on "Esspi," only for some wired interplay to transform the mood effectively.

Quite what it all has to do with a questionable eighties cops 'n' motorbikes 'n' mirror shades show is open to question, and ultimately irrelevant in view of the fact that what we have here is a potent antidote to smooth jazz. Shame about the lack of information, but then maybe critics shouldn't insist on such precision, especially when there's enough here to get a soul energised for the day.