By DOUG COLLETTE
February 25, 2017
Sign in to view read count 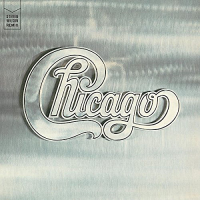 Chicago II deserves its stereo remix and mastering by British audiophile extraordinaire Steven Wilson for any number of reasons, the most prominent of which is that, at this early juncture in the band's career, its creativity was at full flower, minus the pedantic tendencies or self-conscious pretension that would arise on later records.

Everything was in balance on this sophomore effort, from the composing credits shared by guitarist/vocalist Terry Kath, keyboardist/vocalist Robert Lamm and bassist/vocalist Peter Cetera (who eventually became the 'voice' of the band as it ventured into middle-of-the-road styling before departing to a solo career) to the diverse production and arrangements overseen by James William Guercio. Wilson's well-renowned technical expertise as applied in 2016 to the master recordings, simply becomes another reflection of the album's expertise.

Kath, who would pass in a tragic gun accident in 1978, was the greatest proponent of hard rock in Chicago and his hard-charging playing injects "25 or 6 to 4" with its anthemic stature (actually written by Lamm in one of the more obvious instances of the band's complementary democratic creativity. The guitarist would make his most prominent contribution to this album (apart from the "Memories of Love" track orchestrated by Peter Matz) during the suite entitled "Ballet for a Girl in Buchannon:" even with his gruff but flexible voice dominating the euphoric "Make Me Smile" and the more low-key "Colour My World," the improved sonics arising from Wilson's work are unmistakable (as is the naturally commercial nature of both those aforementioned compositions by trumpeter James Pankow).

Producer Guercio's original supervision allowed for nothing less than impeccable sound at the time of recordings in August of 1969, but even previously-enhanced CD issues of this title, the 2002 expanded edition on Rhino for instance are akin to the difference in clarity between standard color television and high-definition video. Walter Parazider's woodwind instruments have as much presence as drummer Danny Seraphine's cymbals throughout the concluding suite "Better End Soon" and if any musiclover underestimated the crucial importance of the latter musician to the sound of Chicago (that is, apart from the aforementioned Parazider and his horn mates, Pankow and trumpeter Lee Loughnane) an epiphany awaits: his ingenuity is as remarkable within structure and and without it.

Vinyl revisionists may crow of the tactile sensation in holding a twelve-inch square package of long-playing records, but the miniaturized likes of Chicago II on this CD package offers an experience hardly less notable, at least to collectors who can appreciate a variety of configurations. With a scaled-down poster in one sleeve, holding sepia tone portraits of each band member on one side with comprehensive credits including details of Wilson's latter-day efforts on the flip, a single disc appears in the other sleeve, its condensation of the original double LP yet another reflection of Chicago's laser-like focus for this project. "Fancy Colours" indeed!...And all around to boot!

Movin' In; The Road; Poem for the People; In the Country; Wake Up Sunshine; Bullet for a Girl in Buchannon: Make Me Smile, So Much to Say So Much to Give, Anxiety's Moment, West Virginia Fantasies, Colour My World, To Be Free, Now More Than Ever; Fancy Colours; 25 or 6 to 4; Memories of Love: Prelude, A.M. Mourning, P.M. Mourning, Memories of Love; It Better End Soon: 1st Movement, 2nd Movement, 3rd Movement, 4th Movement; Where Do We Go From Here.