By John Sharpe
December 4, 2010
Sign in to view read count 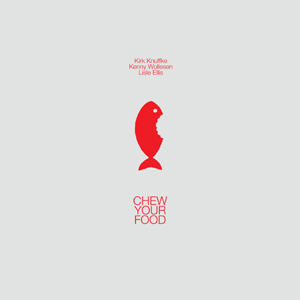 Originally from Colorado, trumpeter Kirk Knuffke has been based in the Big Apple since 2005. Though he may be best known as a member of drummer Matt Wilson's celebrated Quartet, the brass man also leads his own quartet, with two previous recordings for the prolific Portuguese Clean Feed label, while he and pianist Jesse Stacken also record for Denmark's Steeplechase label. Now, he unveils the debut of his trio on the adventurous Lithuanian No Business imprint, released in a limited edition of 500 LPs. As an aside, that travelogue tells something profound about the state of the current US jazz business.

In 2009, Knuffke received a Jerome Foundation Composers grant though Roulette in New York City. The resultant works were performed at the club in March that year, with drummer Kenny Wollesen and bassist Lisle Ellis. Knuffke has previously worked in both their bands, so was familiar with their strengths. Ellis' bass revels in a deep grainy timbre, nimble yet measured, maintaining an edgy commentary. Wolleson is more understated, gently keeping a pulse and coloring.

Knuffke boasts such a warm rich tone that his trumpet, at times, sounds reminiscent of Kenny Wheeler's flugelhorn on some ECM sides from the mid-'70s. That's an impression reinforced by his airy lyrical bent, which finds expression throughout this 48-minute set. Although nine tracks are demarcated on the sleeve, they are aggregated into three continuous pieces, including two lengthy suites with parts linked by drum or bass interludes.

As an opener, "Chirpy" is near-perfect. Knuffke's trumpet ambles elegantly over a skipping beat, moving imperceptibly from theme to three way interplay. Knuffke smoothly negotiates the rhythmic contours, his sinuous lines effortlessly melodic. A choppy drum interlude heralds a return to the head, before a spot for Ellis signals a segue into the next section. Later, there is a lovely break for solitary trumpet: breathy, deliberately phrased, soft even in the higher registers, with brief wavering half valve effects, before the suite concludes with a minimalist passage for Wolleson's shuffling brushes.

"Chew Your Food" follows a tentative start with a pleasing duet for delicate, burry trumpet and austere arco bass, supported by subliminally rumbling drums. But in spite of these and other notable sections, the overall effect is one of undue restraint, which together with too few memorable themes, means that this band doesn't quite deliver on its full potential.