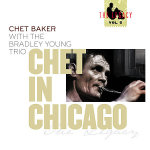 What is the cultural value of trumpeter Chet Baker 20 years after his death in Amsterdam? An interesting rift between biographers has emerged, the schism running along the interface of Baker's substance abuse and the art he generated in spite of it. James Gavin's Deep in a Dream: The Long Night of Chet Baker (Alfred A. Knopf, 2002) was a searing look at the artist: musician, junky, cultural icon.

Critics have challenged that Gavin failed to apply equal attention to Baker's good attributes and music. These critics favor Jeroen de Valk's Chet Baker: His Life and Music (Berkeley Hills Books, 2000) an excellent biography to be sure, but while it it does recount Baker's chemical dependency, it falls short of describing the tornado that was Chet Baker, maiming lives and relationships in his wake. An accurate cultural view of Baker is accomplished by the sum of these two books. One should not be read without the other.

So, what of the music? Technically, Baker was no magician. Like Miles Davis, Baker preferred the trumpet's middle register, blowing a mellow tone that would define cool jazz's response to the white-hot virtuosity of bebop; Baker could not light a fire like Dizzy Gillespie or Fats Navarro. Unlike Davis, Baker was not a notable composer but, rather, was a superb stylist of standards. Part of this success was his uniquely vibrato-less trumpet tone and singing voice. These attributes of Baker's talent were so special that they made him the de facto face of cool jazz. That effectively made Baker a cultural icon. So we have the image and the reality. This is why Baker requires a multiple-perspective consideration socially and culturally.

Saxophonist Charlie Parker once said that all he was trying to do was play the "pretty notes." This was an effortless task for Baker, whose tone possesses a wounded beauty, one steeped deeply in the American romantic myth. His recordings are immediately accessible and completely digested, and therefore, understandable. Add to this that Baker always recorded at a very proficient level regardless of his physical condition. Enja records has been documenting the chronological final recordings of Chet Baker, having release the exceptional The Last Great Concert (Enja, 2004) and the The Legacy series, of which the present Chet in Chicago is the fifth volume to be released.

Chet in Chicago is a previously unreleased session with the trumpeter and solid piano trio lead by Bradley Young. Recorded in May of 1986, the session found Baker in a vocal and horn tone consistent with other recordings from his late period. The repertoire is no surprise. Baker war horses "My Funny Valentine," "Sippin' at Bell's,"; and "Solar" end the disc in that order. Baker is never flashy or dissonant. He proves to be quite the traditionalist when approaching a melody and then improvising on it. This is what makes Baker so readily listenable where a true trend-setter like John Coltrane presents music (particularly on his late-period Impulse! releases) too challenging for pedestrian listening.

Baker proves a capable musical linguist able to translate the knotty bebop of Parker's "Orinthology," the slippery hard bop of "Sippin' at Bells," and the cool proto-modalism of "Solar." The trumpeter sounds relaxed and confident, throwing off thoughtfully created melodies like Byron throwing off rhymes. Baker and tenor saxophonist Ed Peterson prove a provocative pair on their treatment of these songs. Bradley Young's leadership coupled with his competent arranging and soloing make this a most enjoyable disc. As for Baker, he will remain an enigma argued about and discussed as long as his music continues to compel listeners' imaginations. We should be grateful that Chet Baker's talent was as transparent as it remains.

Tracks: Old Devil Moon; It's You or No One; We'll Be Together Again; Ornithology; Crazy Rhythm; My Funny Valentine; Sippin' At Bells; Solar.