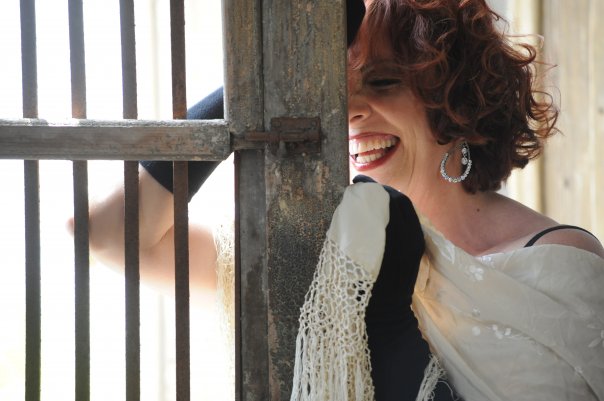 After kicking off Saturday night's festivities with a hard-charging version of Cole Porter's "It's Alright With Me," a beaming Cheryl Bentyne welcomed Catalina Jazz Club's capacity audience by effusing over the wide array of talent that had assembled for the occasion. Event musical director Ted Howe was poised at the grand piano and ready to swing, with performers like singers Lorraine Feather, Gina Eckstine and Mark Winkler, and trombonist Bob McChesney waiting in the wings.

The up-tempo, finger-snapping atmosphere Bentyne had created in the space of four minutes was uniquely indicative of whose life was being celebrated. Her long recovery from serious illness hadn't diminished her legendary drive a bit, and that's saying something—since January of this year the multiple-Grammy-winning soprano had been undergoing treatment for Hodgkins lymphoma, and tonight she was celebrating having successfully dealt with it at the City of Hope, a cancer research and treatment center north of Los Angeles. Was the vivacious song stylist looking wan and sounding like a shadow of her former self? Would this be a solemnly serious occasion? Forget about it.

"This is like one of those old variety shows that aren't around anymore," Bentyne declared after finishing her first song, grinning that famous grin as she opened the combination fundraiser and release party for her new CD Let's Misbehave: the Cole Porter Songbook (Summit, 2012). "But they're back, and here to stay."

With that, the artist delivered on her promise by sailing into another pair of tunes from the recording, "It's Delovely" and "Let's Misbehave," caressing Porter's famously fun-loving and life-embracing lyrics with an enthusiasm and energy that sent a warming frisson of electricity through the crowd. It is certain no one was left thinking this would be just another polite jazz concert, suitable for the hardwood floors of a recital hall. All who knew her for the sensation she had created with The Manhattan Transfer in 1979 when she joined Tim Hauser, Janis Siegel and Alan Paul, and helped usher in a decade of the most memorable vocal jazz since Lambert, Hendricks & Ross, and again with her solo debut on the Mark Isham-produced Something Cool (Columbia, 1992), were treated to the best news possible. Cheryl Bentyne was well and truly back.

Frequent Bentyne collaborator Mark Winkler and Charmaine Clamor, an L.A. area notable, did a memorably campy version of his composition "Sweet Spot," a nice piece of writing that the duo played for all it was worth. But it was Gina Eckstine, daughter of iconic singer and big band pioneer Billy Eckstine, who got the show revved up into a higher gear and rolling in earnest. Not only did this mysteriously underrated singer take command of the stage as she embraced the audience, her power and control were something to behold. She is that rare vocalist who can find a note and sustain it without losing a bit of steam, and without the wavering pitch problems that overcome many a lesser singer.

Quite aside from her technical skills, Eckstine's performance was reminiscent of a bygone era when the blues was not an intellectual exercise, but a feeling, and when jazz was a music that gave people emotional release and made them happy. So when she grabbed the microphone and took on her father's "Prisoner of Love" and "I Apologize," she did it with the authority and presence of big band-era singers like Ella Fitzgerald. With more exposure, this singer could easily be trumping the pale offerings of the thin-voiced waifs who struggle to find middle C.

The dynamic seesaw of the evening's program dipped and slowed a bit with the man-and-wife duo of singer Andrea Baker and reed man Steve Wilkerson, with tunes like Baker's cool, throaty rendition of "I've Got the World On A String" and Wilkerson's variously fiery, albeit unobtrusive ascents on the clarinet, music played with a gracious gentleness that worked well in leavening the many high-powered performances.

What Baker and Wilkerson were also able to accomplish artistically was a sideways introduction to Lorraine Feather's inimitable songwriting and singing. Feather is a recording artist whose skills as a raconteur are on a par with Dave Frishberg or Mose Allison and who, in live performance, is a naturally facile improvising storyteller and word-player. Devoted fans know this from a few of her recorded musings, but those who have heard nothing but the "radio hits" selected by programming directors might not know the treasures to be heard in a live setting. With her typically lazy-eyed sotto voce, she led off her performance with a wry, understated preamble to "Antarctica," her hilarious lyrical collaboration with Duke Ellington's composition "The Ricitic," that left the assembled alternately smiling and laughing out loud. Her classic commentary on the frozen tundra of love's Iditarod was followed by "Love Call," another lyricizing of an Ellington tune, "Creole Love Call," and while the original has certainly gotten more airplay, it would be tempting to say that until one has heard Feather's heart-rending soprano and lyrics paired with the master's composition, one really hasn't heard it all.

The evening continued with the meandering gutbucket-to-bebop ruminations of Bob McChesney, a busy session trombonist who has played with everyone from pianist Horace Silver to singer Ray Charles, then went late into the evening with a raffle, a solo appearance from Clamor doing Leonard Cohen's "Hallelujah," a standup comic, L.A.-based singer Dolores Scozzesi (known for her interpretation of Bob Dylan's "One More Cup of Coffee"), and even more—those who were able to stay for it all said it ended as well as it had started. Thanks largely to the tireless work and promotional skills of producer/publicist Rob Lowe and his wife Brinka Olberding—whose organization Casting New Lives is home to a number of jazz artists—and emcee Elizabeth Zero's wit and pace, the event was a confirmed success.

All the proceeds from this and the Friday performance went to benefit the City of Hope, an organization whose efforts helped save the life of a national treasure, and those in attendance were treated to a style and quality of music sorely absent from today's music scene. The soaring soprano range and chutzpah of Cheryl Bentyne melted our hearts once again, and more than that, assured us that she would be back to melt them again.

As a footnote to the night's events, there is the lingering feeling that Bentyne's prediction, while making introductions earlier in the evening—that the variety show is back and here to stay—might be prophetic. Or at least a self-fulfilling prophesy. Could this resilient redhead be right?

Crazier things have happened. Who would ever have predicted that smack in the middle of the often bleak synthesizer-and-drum-machine landscape of 1980s music, Manhattan Transfer's two girls and two guys would ride to the rescue by doing bop-inflected vocalese, and be the hottest thing in jazz?

Variety is the proverbial spice of life. It's why a festival still works even in economically depressed times. Whereas someone might hesitate to purchase a $35 ticket to see a big act, that hesitation often evaporates when it means seeing six of them. Moreover, what sums up those concepts that define jazz—the mixing it up with inclusiveness, innovation, unpredictability, improvisation and an unbridled joie de vivre—better than the idea of variety? What if the spectacular stage and television variety shows of the 1960s, jazz's answer to the rock-and-roll invasion, really were to stage a comeback because they had been here all along, and here to stay?

The divine Ms. B. could be onto something.