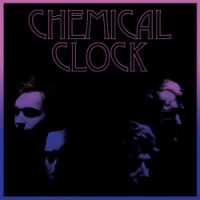 Yet another band arising from Seattle's embarrassment of avant-jazz riches, Chemical Clock is an aggressive and determined young band with a lot of good ideas and more than enough chops to pull them off. Led by keyboardist and composer Cameron Sharif, the quartet's self-titled debut CD EP is a brief and refreshing blast of post- everything avant fusion. Keep in mind that the word "fusion" is a bit loaded. Fusion, to Sharif and his colleagues, means something very different than it did back in the 20th Century. The combination of Ray Larsen's electric trumpet and Sharif's electric keys might suggest a set inspired by Miles Davis' Bitches Brew (Columbia, 1969)—but while such influences are unavoidable, Chemical Clock is not about reinterpreting or regurgitating the past. Indeed, there is very little nostalgia going on here. The fusion here encompasses aspects of jazz, electronic dance music, prog-metal, contemporary classical music, and the indefinable electro-acoustic music currently being explored by edgy rock bands such as Lightning Bolt and Hella.

The opening title track is a carefully orchestrated exercise in sonic mayhem. Punctuated by a herky-jerky free-bop line played in unison, the band fervidly explores free improv and a manic variant of prog-metal in a rapid fire sequence reminiscent of John Zorn's Naked City or one of Mike Patton's more jazz- oriented projects. "Blind Topographer" has an appealing minimalist slant to it. After a breakdown, Larsen—here effects-free—builds a sweetly lyrical solo over the increasingly acrobatic, bounding rhythm section. "Neurotic Bricklayer" does something similar. Starting out with a violent, thrashy theme, the piece takes a detour through some ECM-inspired terrain to support another fine improvisation by Larsen. By contrast, Larsen takes an in-your-face approach with the electrified axe on "People In Particular," as it moves from from spaz- jazz to noise-rock and back.

On the band's less-aggressive side, there's "Undercurrent," with an orchestral synth wash and slow-burn crescendo that recalls trumpeter Cuong Vu's recent Agogic disc (on which drummer Evan Woodle also plays a vital role). The closing "Gumball Machine" has an off- kilter, prog-rock majesty to it courtesy of Sharif's otherworldly synth and Mark Hunter's subsonic bass. They also set the stage for another fine trumpet solo from Larsen. Taken together, these tracks are a far cry from what is normally expected from a trumpet-led quartet.

Refiguring fusion, prog-rock, and a panoply of edgy sub-sub-genres in various unexpected ways seems to be the raison d'être for many Seattle bands these days. Chemical Clock is one of the finest examples of this sort of activity. Hopefully, a full-length release is in the works.