By JIM SANTELLA
October 1, 1998
Sign in to view read count 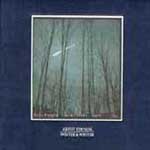 Dave Douglas is a creative trumpeter who infuses an eclectic array of musical styles into his compositions. From Eastern European folk music, tango, Italian opera, swing, and jazz, the artist brings it all together for an enjoyable program. Douglas, 35, attended the Berklee School of Music, the New England Conservatory, and New York University, worked with Horace Silver, Vincent Herring, Don Byron, John Zorn, and remains dedicated to a number of performance projects. With almost a dozen recordings as leader in the 1990s, the trumpeter has remained true to his preference for original melodic jazz compositions of quality. Eight of the 13 tracks on his latest album are expressive accordion-trumpet duets with Guy Klucevsek. "Twisted" is a trio number that adds the support of bassist Greg Cohen; the other four tunes include violinist Mark Feldman. The album's artist edition includes photographic art that coincides with much of the session's theme: trees barren of their leaves, night lights, travelers on a journey. Winter & Winter has provided a durable package for the CD that contains no plastic, and—hence—no breakable parts. Like the packaging, this album is meant to last and will undoubtedly make frequent trips to the family's listening station.

Dave Douglas composed 9 of the 13 songs. His "Bal Masque" is a lovely waltz that, through the accordion, captures the essence of French folk music. The up-tempo Klezmer piece "Facing West" incorporates a powerful jazz/swing idiom into danceable festival surroundings. Similarly, "Decafinata" swings with an enjoyable out-of-step waltz time that induces an urge for gala dancing. Later, Douglas soars gently with the lyrical melody of Herbie Hancock's "Little One" as the trio backs him appropriately. Guy Klucevsek's "Wild Coffee" kicks up the heels of Eastern European traditional dance. His "The Girl with the Rose Hips" contrasts that with a sleep-inducing muted trumpet and accordion duet. The session turns to the world for inspiration, incorporates creativity, and maintains an element of swing throughout. Highly Recommended.