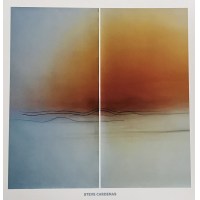 The third season of the subscription-based vinyl label Newvelle launches with a quartet led by guitarist Steve Cardenas. A Kansas City native, he cut his teeth in that city before moving to New York in the mid-1990s. Cardenas has appeared on more than fifty albums playing with Ben Allison, Jon Cowherd, Chris Cheek, Eliane Elias, Chris Potter, Donny McCaslin and many other top names, and he has four previous recordings as a leader. Cardenas was a long time member of Paul Motian's Electric Bebop Band and his Octet, appearing on four of Motian's releases. He was a later member of the Charlie Haden/Carla Bley led Liberation Music Orchestra (LMO), playing on Not in Our Name (Verve, 2005) and Time/Life (Song for the Whales and Other Beings) (Impulse!, 2016). On Charlie & Paul Cardenas pays tribute to Haden and Motian.

While the Haden-Motian connections are the common denominator for this group, the subjects took decidedly different approaches to their own music. Haden often favored deeply melodic tunes while Motian was known for his edgier readings of bebop standards and his own avant-garde compositions. Motian's first instrument was guitar and he worked with many of the best, making for a natural affinity with Cardenas. Given the wealth of Motian penned songs available, it is surprising that Cardenas selected three previously unrecorded compositions of the five Motian pieces. But in listening to the poetic "Prairie Avenue Cowboy" and the abstract "Riff Raff" the appeal of Motion's diversity becomes obvious. The most familiar of the Haden tunes are "La Pasionaria," which Haden recorded with three different groups, and "For Turiya," which appeared on five of his albums.

The Newvelle label has unquestionably been bent toward lyrically-driven and sophisticated releases, and while Charlie & Paul fits that mold more often than not, there are treatments that go farther into free improvisation and complex narratives. At times the alto and guitar intertwine, giving pieces a serpentine feel, and Wilson vigilantly navigates the multifaceted storylines, maintaining consistency. Morgan does an admirable job, especially on Haden's tunes where the expectations are high. Charlie & Paul is an attentive and well executed tribute from Cardenas and his associates. The third season LP artwork—always a Newvelle bonus—is by from Maciej Markowicz, a Polish-born artist.

(Side A) Kalypso; Tangram; Asia; La Pasionaria; In the Moment. (Side B) Prairie Avenue Cowboy; Riff Raff; Pocket Full of Cherry; For Turiya.