Ronny Wiesauer: Chants To The Sea - The Corium project

By MIKE JURKOVIC
January 30, 2018
Sign in to view read count 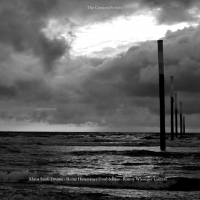 Austrian classical guitarist/composer Ronny Wiesauer may have named his fourth recording Chants To The Sea, but it seems like this is more songs for the road. The twilight rides, the rides going nowhere but deeper into self, the ride home.

Using his studied understanding of the hexachordal system, (no need to go deep into the weeds since it's the music we're discussing, not theory. Let's just say it was devised in medieval times to rethink the tones and semi-tones within a scale adapted over the centuries by musicians from all avenues). Centered around the pivotal, three part composition "El Decameron Negro" by acclaimed Cuban classical guitarist/composer Leo Brouwer, Chants To The Sea continues his Corium Project with Wiesauer and his sturdy rhythm section of double-bassist Heinz Hasenauer and drummer Klaus Sauli for an exploration into the known and less traveled bridges between the leader's two musical muses, classical and jazz.

Though the deceptively breezy "Introduction" at first conjured a disc of smooth jazz, it quickly turned into an expressive display of tenderness and muscle. At times quiet and reverent with sparse rhythm accompaniment ("The Warrior" and various passages from "El Decameron Negro"); to controlled free form "Flow" (drummer Sauli particularly lets loose the reins); to out right rock 'n roll. "Going West" sounds like a ride down Highway 1 with the Pacific as your co-pilot while the churning, slow cooking "Midwest" is Neil Young and Crazy Horse circa '70-'71. It may sound like a strange mix on paper, but upon repeated listens it all falls together very nicely.