I have a confession to make.

Oh, I've heard the tunes over the years. You can't escape them. And I have lots of Miles Davis albums. ESP is my favorite. Jack Johnson. Various Prestige sides, which I bought as cutouts when I was a teenager. I never managed to buy Kind of Blue, somehow, and I've never sat down and listened to the album. Hey, nobody's heard everything. 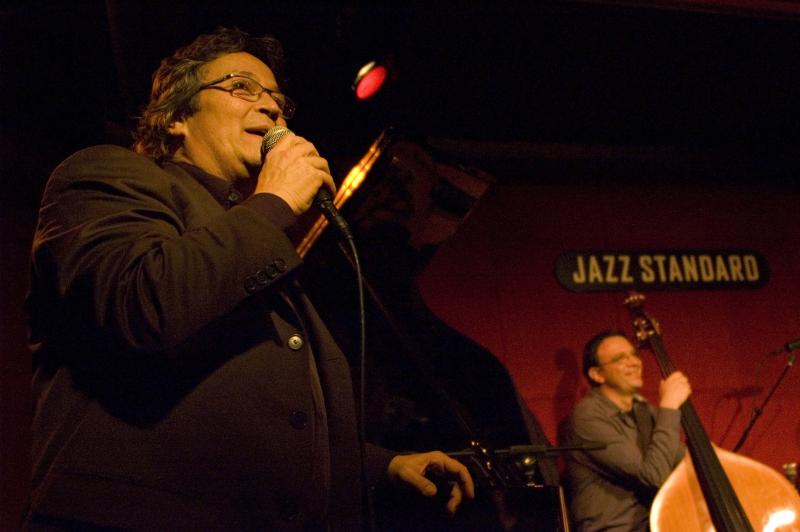 You see, back when I was coming up, we (me and my friends) had to buy records—$3.99 for the mono version, $4.99 for the stereo—and once we had them, we listened to them, usually several times, even if we didn't like them much. We couldn't buy them all. Oh, and then we had to buy everything all over again when CDs came out. By the time Kind of Blue attained its afterlife and became a freak breakout success, outselling the entire rest of the entire jazz section of the store or whatever the hell it did (back when there were record stores), becoming a waxwork image of jazz, a milestone become a millstone, slotted next to the Beatles and the Doors, I still had never listened to it. But by then I was already a curmudgeon and, anti-masscultist that I am, I became even less interested.

So I don't know the names of the tunes Chano Dominguez played with his quintet on December 3, 2009 at the Jazz Standard in New York City, when he American-debuted his flamenco-ized reading of Kind of Blue (imaginatively commissioned by the 41st Voll-Damm Barcelona International Jazz Festival, in parallel with an Afro-Cuban version by Omar Sosa that has not yet played New York.) But I heard the music at the Standard, part and great conclusion of the now trans-Atlantic Barcelona Jazz Festival, and it was everything I hoped it would be.

Chano Domínguez is a Gaditano—that is, he comes from Cádiz. Established by the Phoenicians in the 7th century B.C., the Atlantic port is the oldest city in western Europe. It was a regular point of contact with the American colonies back when the process of extracting gold and silver from Mexico and Peru to create the money supply that fueled the industrial growth of Europe was creating a new world of music. Its culture is as deep as European civilization gets. Domínguez now lives in the supremely artistic, ancient-modern Mediterranean city of Barcelona. Both places are audible in his playing, which is to say, he encompasses the synthesis that we call Spain.

In his maturity, Domínguez represents nothing less than the modern continuation of the noble tradition of Iberian piano, a repertoire underappreciated by the world at large but which Spaniards understand well. He incarnates a music that, were its story told, would provide an entire parallel narrative to that of "classical" music or "jazz," words that are almost irrelevant to the living fact of music. 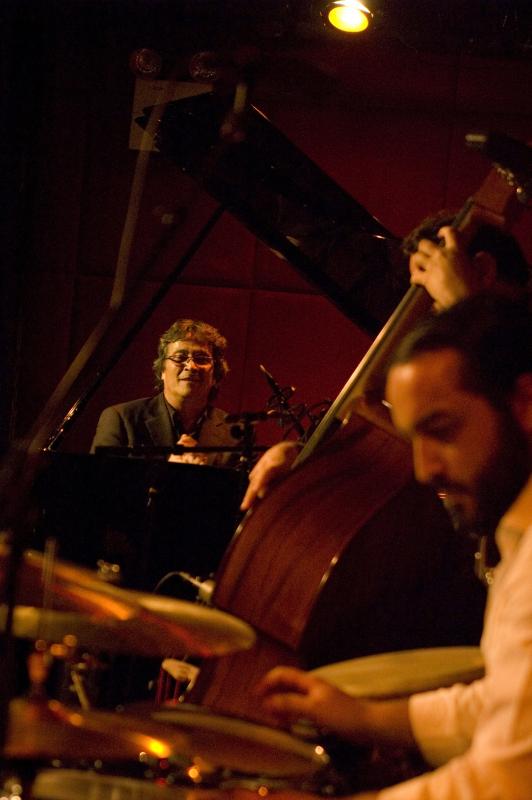 In presenting his version of Kind of Blue, a concert exploration of the album everyone but me knows, Domínguez came with a quintet format I have not seen before: bass (Mario Rossy), cajón (Israel Piraña Suárez), a wailing flamenco vocal (Blas Córdoba, also on handclaps), and a handclappper (Tomasito) who also contributed bursts of percussive dance on a wooden mini-floor set at the front of the Standard's stage. So there were only two harmonic instruments and a voice, set against a rich, brittle rhythmic conversation.

There was something curious about the implied balance between one band member with all the harmonic possibilities at his fingertips and another who only smacked his palms together, but the asymmetry was a logical one. At times evoking composers as Frederic Mompou or Isaac Albéniz (at least to this impressionable listener), at times dropping into a montuno figure (Gaditanos know about Cuba), and at times sounding like a modal jazz player, Domínguez created a musical drama that overwhelmed its hyperlinks as the rhythm kept snapping.

The most daring move Domínguez made was to interject lyrics into this abstract music, in Blue in Green. Between the inaccessibility to many listeners of the Spanish language, and the melismatic vocal style of flamenco, for most of the audience the lines Blas Córdoba sang may have sounded simply like another melodic instrument. Domínguez made a point, however, of announcing the author of the texts: Gaditano poet Rafael Alberti. One of the grand figures of Iberian letters, his life (1902-99) spanned the 20th century almost exactly, and the very mention of his name seems a shorthand for resistance to the traumas Spain endured and is still struggling to grow beyond. Whether the audience could understand the words or not, the musicians were conscious of them, and that focus added an edge that brought the music into the realm of what Lorca aestheticized as duende. The texts employed, Domínguez said from the stage, date from the same era as Kind of Blue. The synchrony extended beyond the parallelism of the Spanish intellectual during fascism with the African American intellectual in the racist United States; the grain of the vowels, given gypsy-soul voice by Blas Córdoba, spoke in a direct way to a blue that was not kind-of.