By GUILLEM VIDAL
December 2, 2009
Sign in to view read count
The meeting between Chano Domínguez and All About Jazz took place hours after the opening ceremony of the 41st Barcelona International Vol-Damm Jazz Festival, starring Wayne Shorter. Chano's enthusiasm is contagious: "Wayne Shorter's quartet is a fully fledged group with very clear objectives and led by one of the greatest living jazz legends," says Chano, who even though he was completing his next record with his flamenco quartet, did not miss the chimerical evening featuring the saxophonist, pianist Danilo Pérez, bassist John Patitucci and drummer Brian Blade. 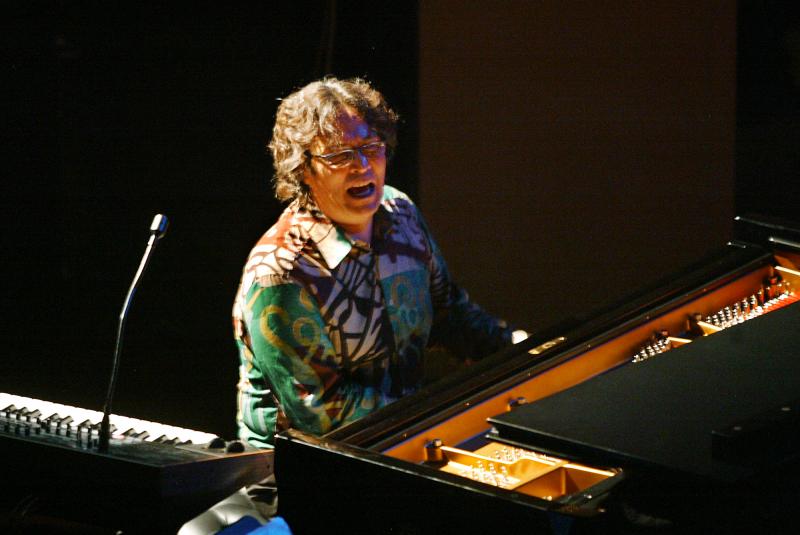 "Wayne Shorter has absolute control over the music," says Chano, "and his group is at the top of its game. I think that they have found a fabulous way to move, in which each note has a reason and each musician finds his own freedom. Shorter knows how to bring out the best in his musicians like no one else. In a sense, the concert reminded me of Miles Davis, in whose band Wayne used to perform in the '60s. After his '60s quintet, Miles began to direct a series of groups with musicians like Chick Corea and Keith Jarrett—groups where there was total freedom but in which there was a prevailing voice that would lead everyone." Shorter. Miles. Chano. Here, before you, the reigning triumvirate in this edition of the Barcelona Jazz Festival.

Chano, the pianist from Cádiz, will close the Barcelona Jazz Festival in style at The Jazz Standard in New York, December 3-6, 2009, with a fierce flamenco reading of the late trumpeter's iconic Kind of Blue (Columbia, 1959), that debuted on November 12, 2009 and was relished in L'Auditori in Barcelona. The fiftieth anniversary of Miles' recording, when dealt with by Chano, was already been reinterpreted directly in Barcelona by the So What Band of Kind of Blue's only surviving member, drummer Jimmy Cobb, and the Cuban (Catalan by adoption—like Chano) Omar Sosa, who a few days ago ironically said in All About Jazz that what the festival in Barcelona had proposed to both him and Chano was comparable to the arena of the Roman circus.

"This offer," says Chano, "is a challenge, because it would never have occurred to me to try to reinterpret Kind of Blue. 'Free me God!' I would have thought! Nevertheless, it was an offer to come to a festival like that of Barcelona where the project really makes sense and which also coincided with the fiftieth anniversary of the CD, so I really wanted to do it. History has demonstrated, only too well, that musicians need to be urged with projects like this because we are a little vague. Bach wrote all of his cantatas that he composed because they were commissioned."

Without a Trumpet. So What?

Throughout his apprenticeship as a jazzman—like, at the end of the day, any self-respecting jazz apprentice—Chano interpreted all the pieces of the famous Miles record. With great charm the pianist engaged in practicing with his band that included a flamenco singer (Blas Córdoba, Kejío), a drummer (Israel Suárez, Piraña), a dancer (Tomasito) and a double-bassist (Mario Rossy)...and without a trumpet or any sort of wind instrument.

"I want to find with my quintet the same freedom that Miles and his musicians found while recording the record," Chano says. "And interpret the music with the same feeling. Therefore I don't have too many premeditated ideas, while still knowing that there is pianistic and harmonic freedom." The set list of the concert included: the five classic pieces on the original record ("So What," "Freddie Freeloader," "Blue in Green," "All Blues" and "Flamenco Sketches"); pieces composed by Chano and inspired by the author of Kind of Blue; the occasional snippet of recorded material by composers such as Manuel de Falla and Issac Albéniz; and even some other pieces by Miles. "The music in Kind of Blue will go into different forms of flamenco," Chano says. "For example, in 'Blue in Green,' I have worked with the flamenco singer who will interpret a poem written the same time as the album was recorded by a Spanish writer that I admire, Rafael Alberti."

The spirit of Bill Evans, one of the pianists who inspired Chano, was certainly not lacking in the recitals. "Bill Evans had a huge impact on this album," he recalls. "You can tell from the second note that he plays. Miles was very intelligent when choosing musicians like Evans for this album, because each one of them actually had a lot to say and would say it in a specific way. The way that they had to create and improvise very simply within some of the melodic structures and harmonies gave the album a lot of personality—because in reality these structures are very simple. The freedom, however, is enormous."

Of course, the Andalucian didn't worry about the absence of wind instruments in his interpretation of Kind of Blue. "Music is music, and if you really have something to tell, you can tell it in many ways—with a trumpet, clarinet, piano, guitar or dancing. I have something to tell. It has been a record in which I have rediscovered myself many times and to return to that is very rewarding. Today I understand the record from a different perspective to when I first heard it. I think that I understand the philosophy more than ever, so much so that I feel more capable than ever to interpret the music through the prism of musicians that I work with today."

The return of Chano to the Jazz Standard in New York in December—where his last visit in May was sponsored by the cultural festival Catalan Days, and in which he received great reviews from the media such as DownBeat and The New York Times—comes at a time in which his name rings out more than ever in the curious ears of the city. "The concerts in May, like they used to say about the flamencos in the group, seemed like a festival," Chano says. "There were even people in the streets. I remember many magical nights in New York, and this, without a doubt, was one of them." 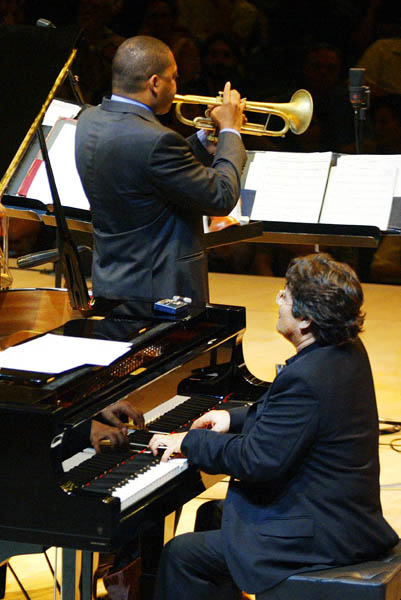 This was in contrast to a very different experience in the early 90s when Chano lived in the same city for four months. "So I returned to the first depression that took place in my life," he confesses. "I went there like any wretch Andulucian who headed out to see what was cooking. In Spain, at that time, the jazz musicians were beginning to do things, we had a status, but when I saw the magnificent musicians in New York doing it without being properly paid, I suddenly felt very small. However, it was also a great realization for me. What I learned was very useful in encouraging me to raise the bar pianistically."

Chano's alliance with Wynton Marsalis from 2003 until today has served, among other things as another approach to being in New York—where Chano played as much in the old Lincoln Center building as the new. "At first, my union with Wynton seemed unnatural, but I can assure [you] that, with time, it has come to be very natural," he says. "In 2003 it was quite hard. I had music, prepared by pianist and arranger Lluís Vidal, that Wynton and his musicians found hard to understand. This matter, that could not be any other way with musicians as good as them, has evolved, and today their understanding of the key parts of flamenco is very important. The suite was recorded this past summer, and I hope to be able to deliver to Wynton another couple of pieces this December at The Standard."

Of course, this is not the only project that Chano has been involved with in the last months. We first talked about his recently completed work with his flamenco quartet, which makes a promising approach to the work of the classic Spanish artists Falla, Albéniz, Enric Granados and Frederic Mompou. "I have realized that I can be inspired by their harmonies and beautiful melodies of the flamenco piano," he says. "I believe that they are the first flamenco pianists. And what flamenco pianists! There were able to transfer their complete understanding of popular music to the intelligence and wisdom of classical piano. I feel like this was outstanding work that I had with the classical piano, in which I am a beginner. The record, halfway between classical piano, flamenco piano and jazz piano, is a type of homage to the music that each one has offered to us all. If all goes well, the new album will be released in the spring of 2010."

As a child, in Cádiz, Chano was a small boy who played between the legs of his father while he listened to the huge pile of flamenco records in his father's collection. Today, at forty-nine years old, Chano draws links among an impressive range of sounds in a way that only he could do. At the end of the day, he is one of the few musicians able to offer a particular flamenco view of Kind of Blue with the absolute certainty that it will not cause any atrocity. He is a musician with something important to say.