By CHRIS MAY
November 16, 2018
Sign in to view read count
Track review of "Changed Beings" 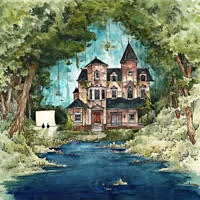 This download-only single is the calling card of London-based pianist / composer Eriksson Kaner—and it is a most welcome one. The track is Kaner's first step towards building a profile on the city's jazz scene after five years' study at the Royal Northern College of Music in Manchester. Kaner's older brother, trumpeter Axel Kaner-Lidstrom, has already made a strong impression in the capital with the Sun Ra-inspired Where Pathways Meet and as a guest soloist on spiritual-jazz septet Maisha's sublime album, There Is A Place (Brownswood, 2018). If the lyrical, inventively arranged and by turns dreamy and muscular 7'41" outing "Changed Beings" is a taste of what is to come, then Eriksson will have a rep to match Axel's sooner rather than later.

The younger Kaner has assembled a classy lineup of emerging London jazz lions for the single. His brother is present, along with Where Pathways Meet's tenor saxophonist James Mollison. Kaner-Lidstrom and Mollison both take tasty solos, as does guitarist Alex Blake. The fiercer passages of the tune are driven hard by drummer Sam Jones, like Kaner-Lidstrom and Mollison an alumnus of Tomorrow's Warriors, the extraordinarily productive finishing-school for young talent mentored by bassist Gary Crosby; the dreamier passages feature two more members of Kaner's family, his parents, cellists Tamsy Kaner and Mats Lidstrom.

"Changed Beings" is distributed through Bandcamp and other platforms. This is a great start for Eriksson Kaner, a name to look out for.