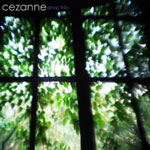 The "funk jazz" moniker can be a tricky one for bands. On one hand, die-hard jazz enthusiasts are loath to listen simply because of the funk elements. On the other, the funkier among us might not enjoy the music because they may regard traditional jazz as a more staid musical genre. Thankfully, Houston's Drop Trio rides the fine line between funk and jazz—the musicians are not sporting afros or '70s-style stack heels, nor do they adhere to a strict jazz aesthetic. Instead, the band approaches their music as a group of professionals; the funk-jazz label is there simply because it's the most fitting description of the band's music.

Keyboardist Ian Varley is serious about Drop Trio's music, and Cezanne reflects this fact. Along with drummer Nuje Blattel and bassist Patrick Flanagan (and in front of an audience earlier this year at Houston jazz club Cezanne), Varley leads the band through a series of mostly acoustic songs from its previous two releases, 2003's Big Dipper and 2004's Leap. Along the way, the band shows why it's a favorite among Texas jazz lovers and also tinkers with the experimentation it's best known for—Drop Trio is no "jam band," but there's enough noodling throughout Cezanne to appeal to cross-genre fans. "Robot Suit: I," an improv track the band learned after recording it, retains its original Emerson, Lake and Palmer-esque feel and reflects the band's dedication to onstage improvisation, while "Wet Dog" and "Smithee's Second" deftly earn comparisons to Medeski, Martin and Wood.

The recording tactfully keeps the crowd noise to a minimum—it's there enough to let you know Cezanne is a live album, but in no way distracts the listener or detracts from the songs' impact. It's obvious that Drop Trio knows what will set the crowd off, and the musicians play into it on a few occasions, most notably on "Invisible Pants" and "Mothership"—they're having fun doing what they enjoy, and it makes for an impressive, entertaining set. "Shelby" and "Wreck Of The Zephyr" mix Varley's extended solos with Flanagan's fluid basslines and Blattel's spot-on drumming (his solos on "Wreck..." and "Invisible Pants" are high points of the album). The band's cohesiveness during live performances, and its ability to keep audiences guessing, are perhaps Drop Trio's greatest strengths.