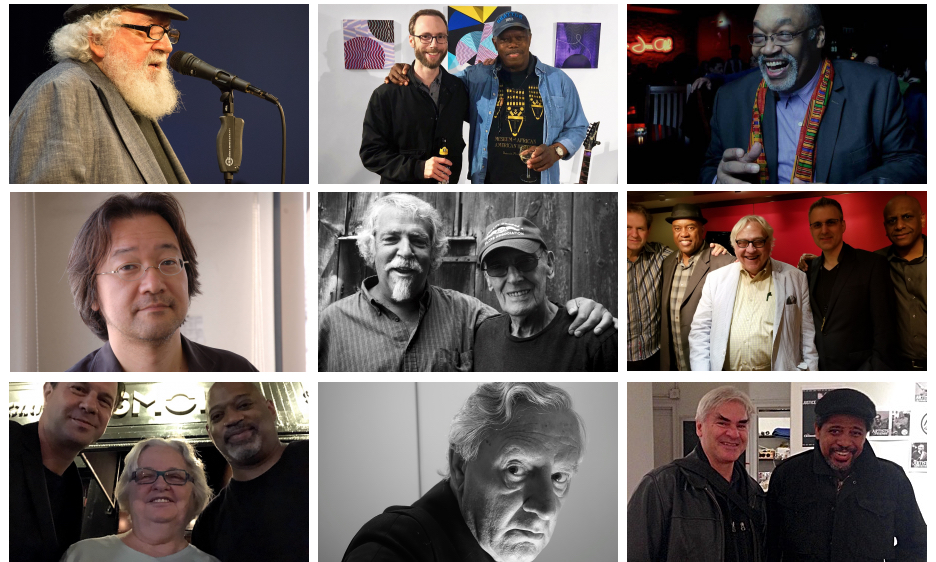 By TESSA SOUTER AND ANDREA WOLPER
December 5, 2018
Sign in to view read count
You've seen them around. They're at all the gigs, their attention focused deeply on the bandstand, as much a part of their local jazz scenes as the musicians and venues. They know and love the music, and musicians love them back. These passionate music-goers are the super fans, and they are an essential part of the concert experience.

Each month, All About Jazz focuses the attention back on one of the super fans to find our who they are and what they love about jazz. 2018 brought us more of these jazz heroes—including out first Super Fan from Japan. Read on for our 2018 round up!

Wherever he goes, David Richardson makes it his business to seek out the best in jazz. From Siberia, Moscow, and St. Petersburg to Costa Rica, Europe to the U.S., you'll find him meeting up with fellow jazz-loving Facebook friends, following his favorite musicians, and finding new places to listen. But his obsession with jazz doesn't end with being a consumer: he started a company called The Real Jazz Ambassadors to make documentaries about beloved musicians, one of whom is the artist whose 1959 hit record turned four-year-old David into a lifelong jazz fan. Wondering who that might be? [ continue ]

We think every Super Fan column is special, but this one has a couple of firsts: a flat out refusal to answer a question, and some strong language. We love it! Maurice Edwards caught the jazz bug at an age when he was too young to fully understand it, yet he was so determined to "crack the code" that he took on jazz like a course of study. It's no surprise that someone with that level of commitment has some very strongly held opinions. [ continue ]

One of our youngest Super Fans yet, Sarah V might also be our most dedicated, attending over 200 concerts a year, and even moving to New York City to immerse herself more completely in the music scene. Like Super Fan "Jazz Judy" Balos, she likes to sit way up front—which, as you'll find out when you read on, comes with some degree of risk! [ continue ]

Almost every aspect of Mark Weber's life ends up intersecting with jazz; he just might be the original Renaissance jazz fan. A former wedding photographer, he found himself photographing nearly every jazz musician to pass through Los Angeles and Albuquerque in the past several decades and, without planning to, ended up writing for CODA, deejaying a jazz radio show, and even performing his poetry with improvising musicians. Plus, he's got all the stories, and shares an awfully good one with us here. [ continue ]

Super Fan Martin McFie is so into live music he doesn't even have a record collection. These days, McFie, British by birth, calls both South Carolina and Nice, France, home. The frequent-traveling "jazz detective" has made it his business to seek out jazz of all kinds in some of the most unlikely places, especially when he's tooling around the Continent in his vintage London taxi. [ continue ]

Jeopardy contestant, amateur pianist, dance teacher, actor, sailor, postal worker, our July Super Fan has lived all over the place and done it all. Now based in St. Paul, Minnesota, he met "zillions of artists" as keeper of the flame at the old Artists' Quarter jazz club. But he stumbled upon one of the most memorable concerts of his life at a funky auditorium in Seattle, where he saw the world's greatest-ever jazz singer, along with her favorite saxophonist. [ continue ]

Our August Super Fan is a visual artist with a special affinity for improvisational music, which has spilled over into his jazz-themed painting series. In jazz, as in art, Jacob Cartwright values the past while embracing the forward momentum of the new. Plus he's really "down with the jazz cats"—read on to see what we mean! To see more of Jacob's artwork, visit his website. [ continue ]

Like several Super Fans before him, Homer Schaaf was brought to our attention by jazz musicians who appreciate his ubiquitous presence at the New York City clubs, gig after gig, year after year. We think you'll be charmed by Homer's singular way of expressing his views on jazz and life. "I try to set an example for the other old white guys," he tells us. "We all know how that's working out." [ continue ]

Although the Super Fans column started out with a New York focus, we realize there's a world of jazz—and jazz fans—beyond. Since those first columns in 2016, we've presented Super Fans from across the United States, including some who live part-time in other countries. But now we've officially gone international, with our first Super Fan from Japan. Hiro may enjoy rock music as much as he does jazz, but he was so blown away by his first visit to New York in 2002 that he's been making an annual pilgrimage to the city ever since—taking in three or four jazz shows a night! We think that makes him pretty super. [ continue ]

Nora Sheehan Schaaf, along with her husband, Homer, has been going out to hear live jazz several times a week for sixty years. And while she may have visited jazz clubs from Havana to Krakow, when it comes to live jazz there's no place like home. From the couple's early days stealing kisses on the banquettes at the Village Vanguard, to introducing young people to New York's jazz scene in the present day, Nora is a true jazz advocate. [ continue ]

If you're a passionate jazz fan and would like to be featured in the Out and About: The Super Fans column, click here and send us a message. We'd love to hear from you! 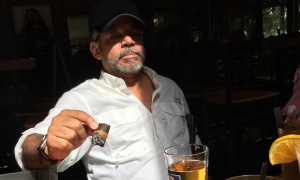 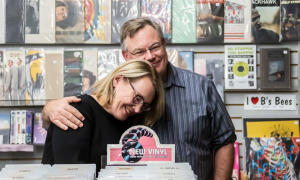