By C. MICHAEL BAILEY
March 18, 2012
Sign in to view read count
Track review of "Washing of the Water" 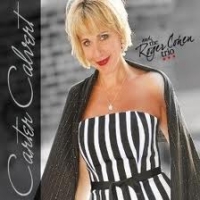 Broadway/jazz vocalist Carter Calvert possesses an impressive set of pipes, fine-tuned by performances in Cats, Ain't Nothing But the Blues and Always Patsy Cline. Her capability goes well beyond the stage, where Calvert displays a certain facility for rubbing some old songs in just the right way, making them catch fire.

Closing out what would be a sturdy if ordinary recital of standards by Calvert is an exceptional coupling of the traditional "Sometimes I Feel Like A Motherless Child" and Peter Gabriel's "Washing Of The Water," from Us (Geffen, 1992). These two songs stand out from the others for their potent content of Americana like that found on Tierney Sutton's American Road (BMF, 2011), Laurie Antonioli's American Dream (Intrinsic Music, 2010) and Jacqui Sutton's Billie & Dolly (Toy Blue Typewriter Productions, 2011).

Calvert sings a slim "Motherless Child" a cappella plaintively for barely a minute before summoning all of the white gospel out of Gabriel's song of acceptance and redemption. Pianist Jim West proves a country and western equal to his ready jazz chops, telegraphing Norah Jones' hillbilly hanker light years ahead. This is powerful medley powerfully sung and performed that lifts a good recording to an exceptional one.

About Carter Calvert and the Roger Cohen Trio