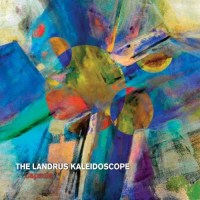 Brian Landrus is a striking baritone saxophonist and appears to have become a full-time bass clarinetist as well. Landrus is unique and unlike anyone else in his tribe because he appears to have a genuine and very deep passion for the bass registers of the world. For all that is known he hears sounds that most people cannot—growls and grumbles and earth-shaking rumbles that most would require a Richter Scale to know even exist. Landrus hears all this with large ears and larger heart, and now it seems that he hears and feels the low tones of bass and baritone instruments with the rest of his body as well. This bears mention because there is something magical going on in his third album, Capsule.

The album has a haunting, ponderous quality to it despite Landrus' crossing his exquisite rhythms with some sensuous reggae in "Like The Wind." The music's deliberate, unhurried pace creates a remarkable base on which Landrus glides, this time on bass flute. Landrus is clearly after something, appearing to set out to honor the earth that gives humanity an ecosystem with everything under the sun so it can sustain itself. His music, in its elemental sadness on tracks like "Beauty," suggests the ache of that spectacular sight that exists everywhere. Here, Landrus uses a deeply husky tone to describe what he feels about beauty, while pianist Michael Cain—for all intents and purposes Landrus' musical director—plays a bright tingling solo on Fender Rhodes, an exquisite counterpoint glorifying the visual aspects of beauty as opposed to the dawn and dusk that are Landrus' domain.

The tempo of some of the songs has been reduced to such an extent that swing becomes a soulful slow-drag. This slowing down has created an extremely sensuous effect. "I Promise" has a floating quality to it, with Landrus covering the melody with harmonics that swathe it like a diaphanous gown. Elsewhere, "Striped Phase"—probably the album's fastest piece of music—takes off at relative speed with a bebop rhythm. This time it is guitarist Nir Felder who tweaks the melody with his bright, yet jagged lines, followed by Landrus on bass clarinet, with Cain in tow as drummer Rudy Royston absolutely bludgeons the skins of the drums and Matthew Parrish slaps the bass strings as they almost set the chart on fire. However, Landrus and his breathy calm and Cain's tingling Rhodes prevail in the end.

This is Landrus at his most self-assured, mature beyond his years and singing in a deep voice like few other horn players.