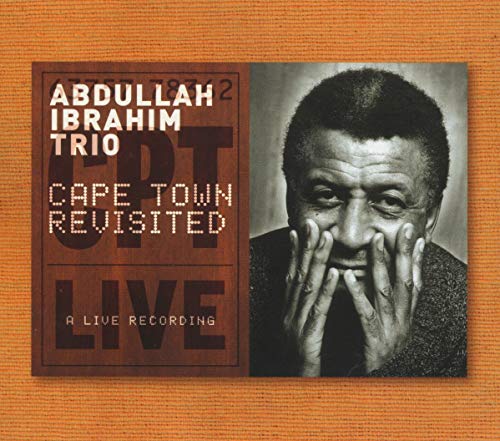 This hour of sweet music composed by Abdullah Ibrahim includes dedicatory ballads, festive celebrations, and impressions of his homeland. With his “Cape Town to Congo Square” in three movements, he’s documented the bridge between his birthplace and New Orleans. Common threads enable this ambassador of modern jazz to spread the word about this music all over the world. In effect, he’s carrying with him the memory of Duke Ellington’s creations.

As fiery South African trumpeter Feya Faku joins the trio, you can feel the rhythmic appeal of his and Ibrahim’s roots. “Soweto” starts your foot tapping and your hands moving. It’s something that cannot be harnessed. That rhythmic quality pervades today as it did two hundred years ago.

Classical Spanish dance, the urban New York nightlife, personal dreams and hopes, visions of exotic lands, and wishes for world unity show up throughout this newly reissued program. Ibrahim, bassist Marcus McLaurine and drummer George Gray interpret these ideas accordingly and with cohesion. Ibrahim has a powerful, magnetic pull, when it comes to interpreting musical thoughts. He leaves the audience with much food for reflection. The 1997 concert, from which this recording was made, marked a homecoming for the pianist. Consequently, the session settles down with its inner thoughts and affords the listener a fine opportunity for continued reflection.