By IAN PATTERSON
November 28, 2013
Sign in to view read count 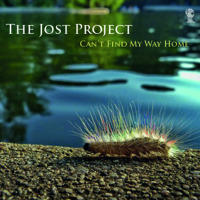 Rock 'n' roll and The Beatles created serious challenges for jazz. Soul funk, folk and the rock explosion of the 1960s and 1970s left jazz with an even smaller slice of the pie. Many jazz artists jumped to cover pop tunes of the day, often falling ungraciously between two stools. In recent years contemporary jazz artists have increasingly eschewed traditional standards, instead looking to the songs of Paul Simon, Nik Drake, Tom Waits and Radiohead, for example, for new inspiration. Whether as a knee-jerk reaction to new trends or through a process of gradual assimilation, jazz has always borrowed from other musical idioms.

The four members of Philadelphian quartet The Jost Project have long histories in jazz but the driving force behind their debut recording is the rock and folk music that they were weaned on. Their declared aim is to draw the baby boomer generation of rock fans—old hippies—in to the orbit of jazz. Of course, jazz and rock have been bedfellows since guitarist Larry Coryell, vibraphonist Gary Burton and trumpeter Miles Davis' 1960s forays into the fusion, but The Jost Project is essentially a jazz quartet that applies the physics of swing and bebop to rock and pop tunes.

To jazzify Aerosmith's "Walk This Way"—the only track post-1975—may sound like pastiche but it's anything but; Vibraphonist Tony Miceli's arrangement employs subtle textures from double bassist Kevin MacConnell on arco and deft harmonies between vocalist Paul Jost and vibes, as the quartet glides effortlessly from swing to bebop. Nor is there anything contrived about Jost's boppish scatting, which bristles with the unmistakable energy of in-the-moment improvisation. Jost is an all-rounder; his gravely soul delivery can sound like a cross between singers Otis Redding and Pino Daniele, and he imbues singer John Sebastian's "Daydream" with the Delta blues.

The challenge in tackling such famous and melodically well-defined tunes is to make them sound fresh and to this end the quartet succeeds beautifully. Jost's arrangements carry a bold personal stamp, though one applied with a deft hand. John Lennon and Paul McCartney's "We Can Work it Out" seduces with a hushed Marvin Gaye-esque vocal. Paul Simon and Art Garfunkel's "Bridge over troubled Water" smolders moodily, revolving around a delicate bass and vibraphone riff; Miceli's solo—driven by drummer Charlie Patierno's bustle—really burns. Nobody is playing it safe here.

The Steve Winwood/Blind Faith classic "Can't Find My Way Home" is given a bluesy twist and features an extended solo from Miceli—impressive throughout—and Jost on harmonica and scat. The singer's perfect pandeiro impression brings a samba vibe to Donovan's "Sunshine Superman," but walking bass recalibrates the quartet's compass towards full-on swing. McCartney's balladic "Maybe I'm Amazed" is sandwiched between two of rock's most iconic numbers, Led Zeppelin's "Kashmir" and Iron Butterfly's "in A Gadda Da Vida," which are transformed by Jost's soulful delivery and Miceli's dancing improvisations.

The Jost project's invitation to rock fans to get their jazz-head on is a persuasive one; equally, these fine arrangements and the scintillating playing might just entice a few dyed-in-wool-jazz fans the other way across the divide.

Walk This Way; Daydream; We can Work It Out; Can’t Find My Way Home; Bridge Over Troubled Water; Sunshine Superman; Kashmir; Maybe I’m Amazed; In A Gadda Da Vida.