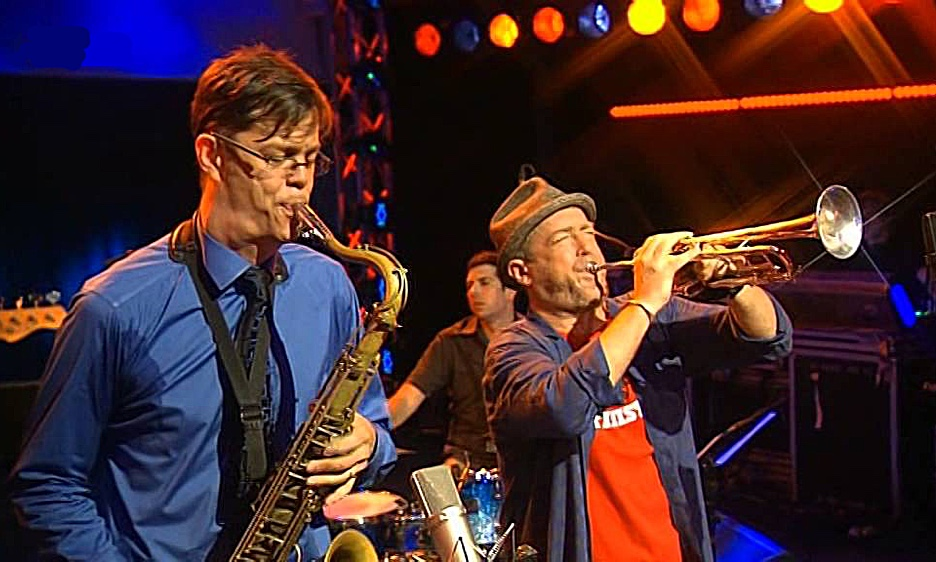 At the risk of being labelled mere culture tourists, Douglas and McCaslin (Douglas gets first mention because he won the coin toss) immersed themselves in the Southern redneck ethos. 'I lost track of how much Mountain Dew we drank during recording.'

Anyone who has ever performed anywhere south of the Mason-Dixon line has heard these words, usually yelled towards the stage by someone whose blood alcohol content is approaching whole numbers, no matter what kind of music they play or where they may be performing. When the inevitable happened recently to Dave Douglas and Donny McCaslin, who were playing a gig in Tallahassee, Florida, they both thought, "Yeah, why not?"

Call Me the Breeze (Greenleaf Music, 2019) is the result of that collaborative effort. Featuring some of the best-known songs from the iconic Southern Rock band, the duo puts their mark on such well-known tunes as Gimme Back My Bullets, What's Your Name, and Simple Man. But they clearly save their acoustic fire for Skynyrd's best-known songs.

Backed by bassist James Genus, drummer Clarence Penn, and keyboardist Uri Caine, the collective positively burns on the soaring, anthemic Free Bird. And the sonic intensity only increases when they attack the defiant, prideful Sweet Home Alabama. It's enough to make one ticked off at Neil Young all over again, no matter where you're from.

At the risk of being labelled mere culture tourists, Douglas and McCaslin (Douglas gets first mention because he won the coin toss) immersed themselves in the Southern redneck ethos. "I lost track of how much Mountain Dew we drank during recording." Douglas laughs. McCaslin shows off his camouflage sax strap and a T-shirt promoting NASCAR driver Denny Hamlin, his sax case overflowing with Moon Pie wrappers.

"I now know the difference between 'y'all' and 'all y'all." adds McCaslin, with a grin. "Seriously, though, I came away with a renewed appreciation for the contributions of the South to music in general. A tune like I Know A Little swings hard, no matter what genre it comes from. And Ronnie Van Zandt definitely had a jazzman's taste for cool hats."

When asked whether they intend on touring in support of the album, they admit that they hadn't thought that far ahead. The album was born on a whim but seems to have turned into something beyond even their expectations. "I guess the best-case-scenario would be to take it on the road, introducing the North to some worthwhile tunes and giving a little something back to the South." says Douglas. "And maybe, just maybe, during one of the shows, someone will yell out, 'play some Diz!'"