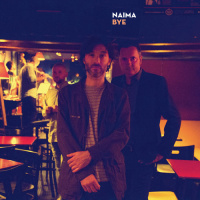 This Spanish piano trio's moniker is seemingly derived from John Coltrane's classic ballad "Naima," included on the seminal album Giant Steps (Atlantic, 1960). Nonetheless, they don't abide by conventional mainstream jazz nomenclatures. Even though the artists' engage in jazzy improvisational movements, their core methodology is not about bop or swing, and is more closely aligned with many of the youthful and hip piano trio units such as The Bad Plus, for example. So, there may be some crossover appeal via the hardened jazz veterans and perhaps the college crowd who wish to explore the divergent routes and amalgamations that embody the jazz vernacular. Here, the musicians lean more towards the collectivism of a group format, while focusing their efforts on compositional form and textural treatments amid a step-by-step approach to raising the intensity quotient on a per-track basis.

Each piece contains an engaging melodic hook, where the musicians comingle eloquence and strength. On "Al Liegar Sabriamos Tanto Como Ella," the rhythm section shuffles to pianist Enrique Ruiz' harmonious chord patterns, outlined by a delicate theme, contrasted by Rafael Ramos Sania's bass solo which is angled on the primary motif, and peppered by drummer Luis Torregrosa's snappy rim shots. Throughout, the musicians alternate the tempos, largely during bridge sections while expanding the straightforward grooves. Although "Can't Make a Sound," is etched on what sounds like Sania's use of fuzz bass, although it could be the pianist employing his synths, as they generate a slightly haggard underbelly atop the drummer's weighty rock groove. But Ruiz nicely counters the husky overtones with a pleasant hook, merging a beauty and the beast type framework. Simply stated, Bye is a gratifying venture. You won't find any filler material on this program and may find yourself humming to many of the delightful melodies that deftly contrast the rock steady grooves and mounting developments. 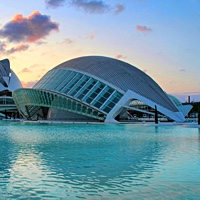