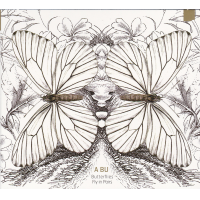 Dai Liang (aka, A Bu) is a Beijing-based prodigy with remarkable potential and virtuosic piano skills. Marc Vincent, President of China's division of Sennheiser took note of the then thirteen year old pianist performing at a Beijing festival in 2012. A Bu, who began playing at the age of four, quickly found himself matched up with Grammy-winning engineer, Jakob Haendel to produce his first album, 88 Tones of Black and White (Sennheiser Media, 2015). Covering the likes of John Coltrane, Thelonious Monk and Bill Evans, among others, A Bu's debut was a rarity not just because of the young pianist's disproportionate talent but also because of the paucity of jazz recordings from China. A Bu's talent as a composer is now on display as well, with the release of a new trio outing, Butterflies Fly In Pairs, featuring his original compositions as well as covers of two of his piano inspirations, Chick Corea and Michel Camilo.