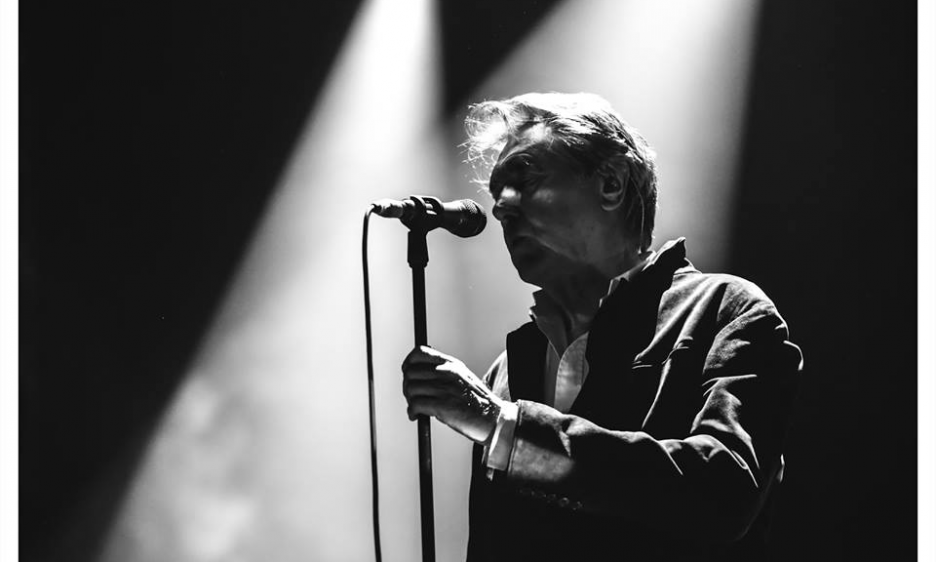 Everything about Bryan Ferry's grand performance at the Macedonian Philharmonic Hall seemed to revolve around style and presentation. The Philharmonic Hall was dimly lit and filled with smoke, effects trying to achieve a certain after-hours intimacy. Ferry's backup singers and the very able saxophonist and keyboard player Jorja Chalmers seemed to have just stepped out of a fashion magazine. Backed by this very able band and armed with some of the best songs in the history of popular music, Bryan Ferry sang his songs and wowed the crowd with his suave performance and emotional delivery.

A huge and warm welcome awaited Ferry's modest entrance to the softly lit Philharmonic Hall. The show opened with Roxy Music songs such as "The Main Thing" and "Slave to Love" and the rest of the evening drew on material from various eras of Roxy Music along with hits from Ferry's illustrious solo career, such as songs like "Mamouna," "Bete Noire" or "Reason or Rhyme." Ferry's songs, regardless if with Roxy or solo, are cleverly arranged and characteristically layered and he delivered these classics with engaging grace, style, and class.

Live, Ferry is a fantastic and emotional singer with a band that commands the hall from first to the last song. He looked great and was in wonderful shape for a septuagenarian. For two hours he performed with such delight and vigor that the years simply melted away. He was relaxed and addressed the audience between songs, knocking out out one fantastic song after another—"Don't Stop The Dance," "Ladytron" "Oh Yeah" "Casanova." In the midst, he even performed a slow-paced version of Bob Dylan's classic "Don't Think Twice" and played the harmonica. But it was during the last quarter of the two hour show when the band stepped on the gas and performed the classics such as "In Every Dream House a Heartache," "Re-Model/Remake," "More Than This," "Avalon," "Virginia Plane" that made everyone stand on their feet.

By the time he did the encore with the funky "Let's Stick Together" and Lennon's "Jealous Guy" the crowd was in ecstasy. Bryan Ferry's songs do indeed touch hearts and this was a wondrous night filled with good songs and performances.