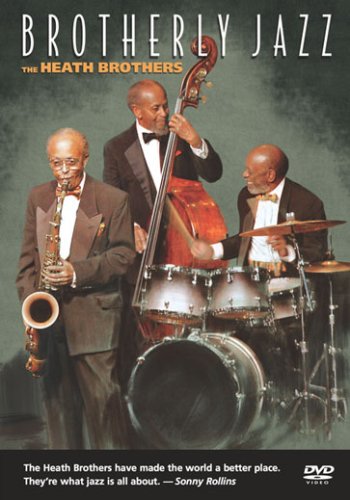 The Heath Brothers— bassist Percy, saxophonist Jimmy and drummer Albert "Tootie —are covered in great detail in this documentary about one of jazz' most beloved families. The film lovingly intertwines their individual and collective stories, augmented by concert footage from one of their last appearances together prior to Percy's death. There are also numerous interview excerpts with each of the brothers as well as with other musicians, record label heads and jazz journalists.

Percy, the eldest brother, studied violin prior to entering the military service (he was one of the noted Tuskegee Airmen, though World War II ended before he was shipped overseas) and promptly bought a bass upon mustering out, taking lessons with Ray Brown before joining the Modern Jazz Quartet. Jimmy, who plays several reed instruments and would become a noted composer and arranger, was slowed for a time due to narcotics addiction and time in jail. Albert "Tootie jokes in an interview segment that his brothers' influence helped to keep him from going astray and possibly becoming a doctor or lawyer instead.

Many of their stories are enlightening, particularly Percy's experience with racism while trying to check into a hotel, Jimmy's description of his experience with drug addiction, which is complemented by Sonny Rollins' tale of the purpose of a cabaret card: to deny drug-using musicians a living until they could bribe various police officers.

ADVERTISEMENT
Like all jazz documentaries, it can be a bit frustrating watching performances in piecemeal fashion or seeing interviews with constant cutaways, but the love of the Heath Brothers for their music is apparent within just a few minutes.