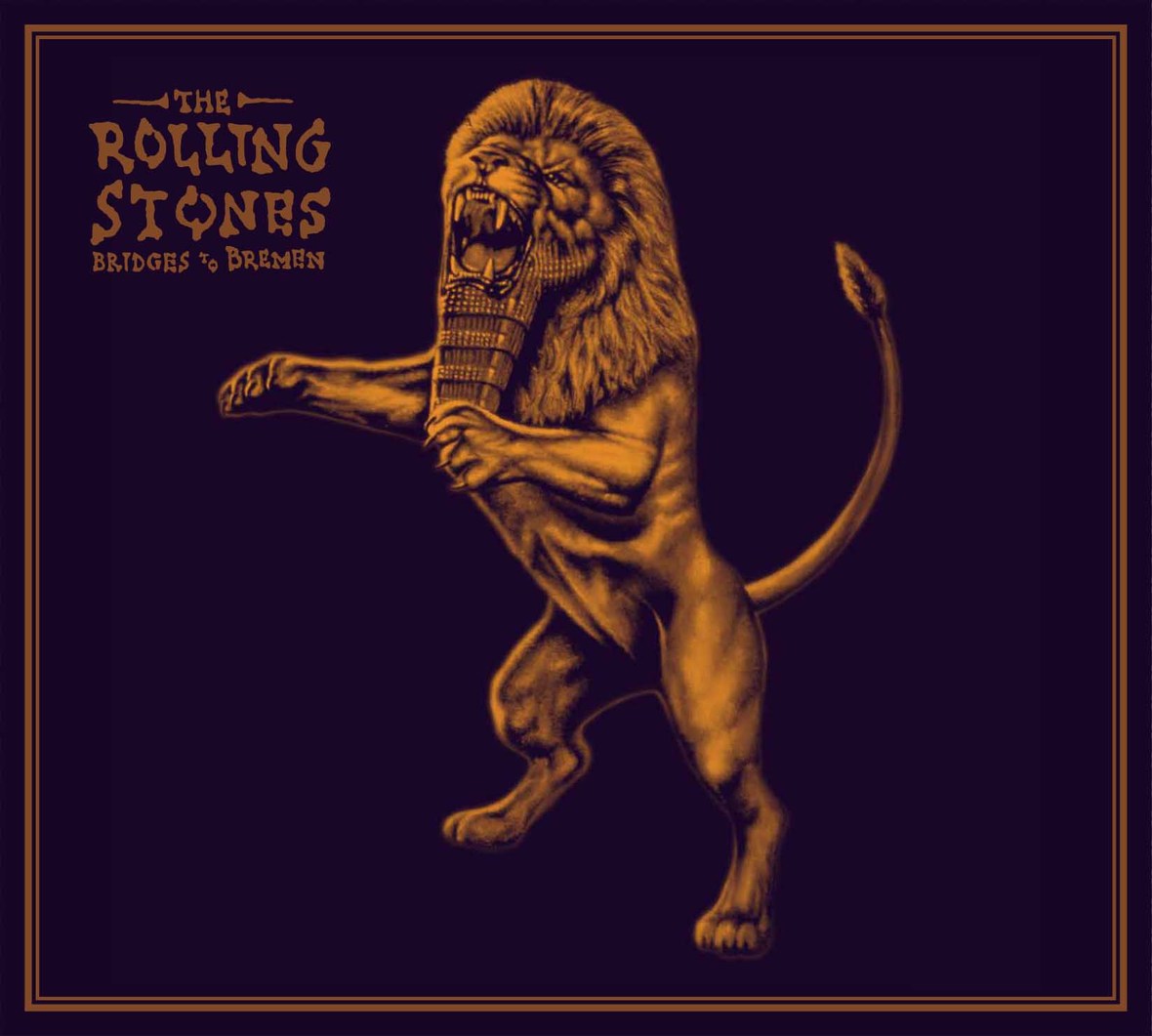 Stunned by the brilliant pacing of the two and half hours plus that comprises The Rolling Stones' Bridges To Bremen, it's easy to see why Paul Sexton turns borderline breathless during the course of his essay in the booklet enclosed in the two-CD/DVD package. To the author's credit though, his comprehensive exposition of details about the iconic group's performance, near the end of a massive tour over twenty-years ago achieves the desired end of such writing, that is, to generate excitement in the reader in anticipation of viewing and/or listening.

At this point in their touring history, near the completion of this particular global jaunt begun in 1997, the Rolling Stones had certainly hit their stride with extravagant stage productions. But in addition to this concept as plotted in part by vocalist/composer Mick Jagger and drummer Charlie Watts along with designer Marc Fisher (some commentary from whom, even if brief, is the only ostensible omission of this release), the group also deigned to stretch themselves into equally novel territory by offering cyber-based votes for so-called 'deep cuts' in their discography at each stop of the year-plus tour.

The poll-winning tune here is a neo-soul semi-ballad "Memory Motel," from Black and Blue (Rolling Stones Records, 1976). Yet this was not the only vintage tune the Stones delivered to the forty-thousand fans in Weserstadium and those watching remotely via the real-time simulcast across Europe (all of whom the frontman is as careful to recognize as the hometown fans he addressed in carefully-rehearsed German). The anthemic "(I Can't Get No) Satisfaction" actually opens the show, while another cull from the same mid-Sixties era follows immediately in the form of "Let's Spend The Night Together." Then "Paint It Black" precedes "Saint Of Me," one of the few new selections (at the time) from the Bridges To Babylon (Virgin, 1997) album the Stones were supporting and one which engenders a virtually spontaneous extended singalong by an clearly engaged audience.

Imposing in its replication of the cover imagery, the elaborate stage is further enhanced, in more immediate terms, with an actual bridge that unfolds into the stadium floor seating/standing area near-mid set: there at the end was positioned a much smaller stage from which the core four of the band—plus keyboardist Chuck Leavell and bassist Darryl Jones (formerly of The Allman Brothers Band and Miles Davis, respectively)—could perform with more ostensible intimacy than offered under the giant projection screen. Here as elsewhere, directors Jim Gable and Dick Carruthers' quick transitions are right in time with the actual performance, as evidence by the lightning cuts to Guitarist/vocalist Keith Richards for his Chuck Berry fills on "Flip the Switch"

The mini-set makes its all the more obvious how the stage spectacle would be meaningless without the mechanics of the band at its heart. Richards playing off ageless drummer Charlie Watts reminds the two form the fulcrum upon which the band balances. Guitarist Ronnie Wood is often ultra-serious as he solos, which makes his gleeful romping around the stage at other times all the more of a contrast. Meanwhile, the indefatigable Jagger seems to gain a second wind as "Sympathy For The Devil" begins, just before the string of anthems including (from the same era thirty years past at this point) "Honky Tonk Women" and "Jumpin' Jack Flash:" the prolonged percussion intro of this touchpoint from Beggars Banquet (London, 1968) functions as a segue from the 'B Stage" interval and follows the frontman's ever-so-fitting warbles on the harmonica during Bob Dylan's "Like A Rolling Stone," which first appeared as an entry in the comparably iconic group's repertoire on Stripped (Virgin, 1995).

Photos inside the aforementioned booklet and digi-pak itself only scratch the surface of such kinetic action. Nevertheless, the multi configuration package is more than just a concession to the targeted demographics' preference for physical product: the mobility of compact disc offers the practical aspect of savoring this musicianship sans visuals, and thereby bearing witness to fervent playing full of a unique flair that comes only with deep familiarity with songs like "Brown Sugar." Equally valid is the inclusion of four excerpts from the Chicago show that took place almost a year prior to the one comprising the main content: these performances are neither anti-climactic nor merely value-added content to fill out the DVD.

In fact, the choice of tunes is remarkable in its range. "Let It Bleed" boasts a countrified arrangement with Jagger on acoustic guitar, while the quasi- anthemic rocker "Rock and A Hard Place" hearkens to Steel Wheels (Rolling Stones Records, 1989), the first of the mammoth Rolling Stones theatrics a decade prior. This less than a half-hour carries an implicit but no less emphatic message about how consistent these musicians had become as a unit, but further suggests the grand showmanship is meant to reflect the level of intensity in the musicianship of the band, not the other way around.

The entire ensemble, including the four-piece horn section and backup singers, becomes altogether frenzied by the close, as fully as those in the open-air arena and, quite probably, the television audience across Europe. Quite likely the effect will be the same on owners of this Bridges To Bremen bundle as they partake in their own homes, motor vehicles etc. "Start Me Up" indeed!?