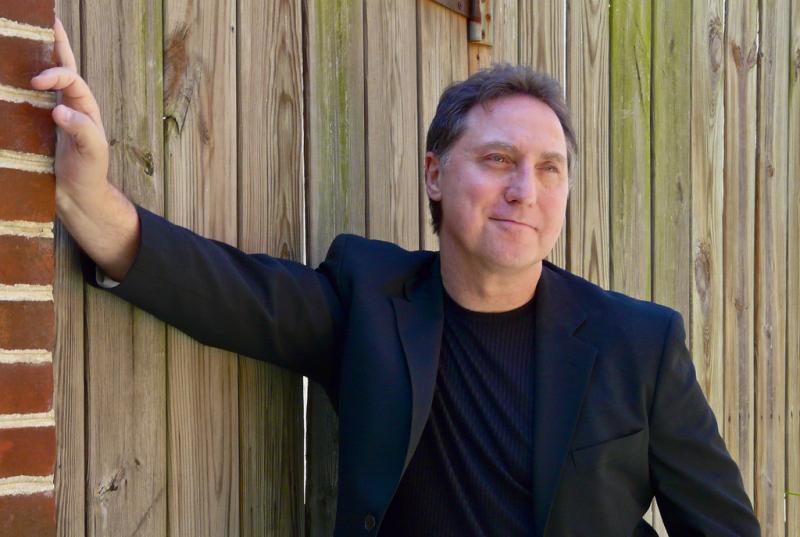 By GLORIA KROLAK
November 1, 2014
Sign in to view read count
One of the most endearing moments of jazz vocalist Paul Jost's new solo CD, Breaking Through, in an album of many such moments, is perhaps his chuckle and the "Oh, George," he lets out after a fresh rendition of "Singing in the Rain." Endearing because Jost connects with the listener by the sigh meant for and about his dear late friend, pianist and arranger, George Mesterhazy. Two small words communicate such a wealth of awe, gratitude, longing and bittersweet happiness. Before we have read any liner notes, we sense this loss.

The Nacio Herb, Arthur Freed tune is such a fitting start to an album predicated upon recovering from hard times. Jost broadcasts his "I'm singing—in the rain!" with astonishment at himself and something akin to joy tempered by dark shadows, giving a new perspective to the oft-heard lyrics.

And that is how the album goes. There is not a word that does not sound real or felt, even in standards which we're in danger of not really hearing. Jost has the ability to dig out the roots of each tune and plant them in our path, impossible to sidestep. In this he has many tools besides his songwriting and broad vocal ability—smooth and rough, playful and serious are in his complete control. His multi-instrumentalism, the body percussion he invents, the scat vocabulary he expands, the distinguished musicians who accompany him, and the music he chose for his first solo jaunt, Jost distinguishes himself as an American original. Oh, and don't forget that he also orchestrated and arranged ten of the 12 tracks. (He was assisted by bassist Tim Lekan in "All of You," and pianist Frank Strauss in "Waltz for Debby.")

Jost's core band is Strauss, bassist Steve Varner, and drummer Dan Monaghan. In addition to vocals, Jost plays keyboards, guitar and all sorts of unimaginable hand and mouth percussion. The quartet as a whole plays on two tracks, the first and a fun "I've Got Rhythm," later Jost evokes a late-night barroom vibe to the classic "Sweet Lorraine," a duet with Strauss. On McCoy Tyner's "Blues on the Corner" Andy Lalasis takes the bass while the scat master vocalizes in his second language.

"Waltz for Debby" is a tender tune Bill Evans wrote for his niece. Gene Lees later added lyrics. The combination is a virtual one-two punch to the gut. Add the duet of Jost's vocals and Strauss on piano and recovery seems doubtful. But then we hear children playing in the park against an upbeat "Days of Wine and Roses" with flutist Mark Adler following Jost like a friendly bird poised on his shoulder, and all is made well again.

Country Jost comes out in an original tune he wisely included, the dirge-like "Book Faded Brown," previously recorded by both guitarist Carl Perkins in 1993 and The Band in 1998. It's a lament for ethics, integrity, family, the value of hard work that we seem to have lost. And Jost sounds like the canary in the mine when he sings, "The way of the world is upside down."

Lest you think the CD is drenched in sadness, turn up the volume and move the sofa out of the way for Ashford and Simpson's "Don't Need No Doctor." The funk quotient is 10 on a 1-10 scale and when he scats you don't need no interpreter either. It's one of two tracks that feature vibraphone virtuoso Tony Miceli—the other is Jim Hall's "Waltz New"—and they get all systems operating. And girl, you'd better go home 'cause he means it.

Bassist Kevin MacConnell, one-fourth of The Jost Project, a quartet that includes Jost, and vibraphonist Miceli, swirls his bass lines and bowing around the vocalist like Superman's cape in "Waltz New." Miceli complements the piece with a fine solo of his own.

Other tracks include Rodgers' and Hammerstein's "This Nearly Was Mine," with a deft keyboard solo by Jim Ridl, Tim Lekan on bass, and Bob Shomo, drums; "Gentle Rain," written by Luiz Bonfa (music) and Matt Dubey's romantic lyrics, Phyllis Chapell contributes the spoken word entwined with Jost's scat and Keith Hollis joins on drums. Lastly, Cole Porter's playful "All of You" with Jost, Ridl, Lekan and Shomo.

It shows that Jost once was lost, but now he's found himself whole, shaped by adversity, but singing through it all. He's constructed, with the help of his very talented friends, a most worthy album of jazz standards and then some. Even without the back story, it's music you'll want to hear.