By DR. JUDITH SCHLESINGER
August 23, 2009
Sign in to view read count
Here's a tasty buffet from Brasil: five newly released, or in 2009 recently revived, CDs that underscore the richness of the music. The artists range from brand new to legendary, while the menu includes two vocal CDs, one mix of vocals and instrumentals, and a pair of unusual takes on the genre: an other-worldly trio, and some dazzling solo piano.

In Brazil, a singer's expressiveness tends to weigh more heavily than the smooth perfection of the voice. Hence, icons like Leny Andrade, Gilberto Gil, and even Tom Jobim and Ivan Lins, whose wonderful songs have been endlessly covered by smoother singers, but whose own versions remain the most moving. On the first two CDs reviewed here, however, the singers' sound is fully as beautiful as the music. 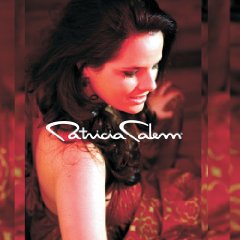 This is the debut from Patricia Talem, a lovely young girl from Sao Paulo, and the company she's keeping points to a fast-track career: two Yellowjackets (Russell Ferrante on piano, Jimmy Haslip on bass), and a Grammy-winning producer (Marco DaCosta). Although all the notes are in Portuguese, the CD is clearly aimed at a broader market: many of the selections have a distinctly pop flavor, and the record label claims to be the future of "smooth jazz." But when Talem applies her considerable talents to a jazzier context, the result is as delicious as anything ever recorded by, say, Astrud Gilberto. In fact, Talem's voice is just as soft and inviting, but cleaner, stronger, and more flexible. Fans of Brazilian jazz are directed to her sensuous "Tarde Solar," "Tardes Castanhas," and "No Tom," the bright "So de Voce," and her unique and beautiful take on "Stella by Starlight." Talem is definitely someone to watch, especially if she can break out of the "smoothie" mold. 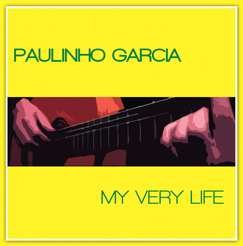 This album by the busy Chicago artist and Brazilian expatriate, singer and guitarist Paulinho Garcia is another example of fine Brazilian vocals. It's the strongest recording Garcia has delivered to date, more fully realized than even 2006's excellent Tempo Feliz (Jazzmin Records) because of the textures and excitement a bigger band can provide, especially one that's this sparkling. All the compositions on My Very Life are Garcia's, but don't let that discourage you: although it's true that far too many all-original CDs are boring, repetitious, pretentious, or some unfortunate combination of all three, this recording stands out for the quality and versatility of the songs, the excellence of their production, and the honest emotionality of Garcia's singing, which is tender and passionate without ever being soppy.

See, for example, "Ponto de Encontro," the moving title track, and the haunting duet between Garcia and the sweet-voiced Grazyna Auguscik on "Do You Remember Me?," a gorgeous tune which is further enhanced by Don Stiernberg's superb mandolin. This CD embraces a variety of traditional Brazilian rhythms and forms, even crossing the border to salsa—one highlight is Steve Eisen's fiery flute solo on the danceable (and Spanish-language) "Adios Mi Sueno." All told, My Very Life is a wonderful achievement by someone who should be much better-known outside the Windy City. This one could do it. 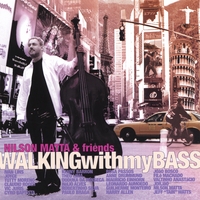 Nilson Matta is a well-respected bassist, arranger, and leader who has equally talented friends and a confident record label. For this elaborate release, which dropped in 2006, Blue Toucan Music funded recording sessions in both Brooklyn and Brazil with such enviable "sidemen" as Ivan Lins, Claudio Roditi, Kenny Barron, Helio Alves, Paulo Braga, Cyro Baptista, Duduka daFonseca, Vic Juris, Harry Allen, and the much-admired singers Rosa Passos and Joyce. The CD begins like a throwback to the 1970s or an Austin Powers flick until Roditi's trumpet signals that this is going to be an unpredictable journey. In fact, the music is thoroughly eclectic: there's Duke Ellington and Cole Porter, as well as Moacir Santos, Baden Powell and Matta.

The vocals are also diverse, with some traditional singing—Joao Bosco on "Jade" and Filo Machado on "Perfume de Cebola"—together with Joyce's wonderfully wispy take on "I Only Have Eyes for You," and Rosa Passos swinging "Samba sem Voce" in a perfect merger of Brazil and jazz (for another, note what this band does with "A Train"). What unites these 13 selections are three things: Matta's impressive creativity, the first-rate playing and arranging, and the obvious joy of the musicians who got to play this party. All of this makes Walking With My Bass a delight from beginning to end. 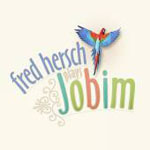 In 2001, pianist Fred Hersch released a seminal three-CD set called Songs Without Words on Nonesuch. Two of these were trio sessions: one with a variety of jazz classics, the other just Cole Porter; the third disk was Hersch alone, playing his own compositions. The Jobim session was supposed to be part of this package, but it was decided to save that gem for a later time. Happily, that moment has finally arrived, since Sunnyside has just released it as Fred Hersch Plays Jobim, which is likely to become an essential item for both Jobim and Hersch completists. It's interesting to compare their piano styles, which are as different as they could be: Jobim's one-finger improvisations, as cool as Count Basie's, compared to Hersch's intricate, ever-moving lines ("O Grande Amor" becomes positively contrapuntal).

What blends the two artists—and makes this CD so powerful—is their shared lyricism, for in Hersch's hands, Jobim's glorious melodies reach additional depths of meaning and emotion, revealing undiscovered facets and complexities. Hersch draws maximum poignancy from Jobim's most beautiful ballads, making dreams out of "Por Todo Minha Vida," "Insensatez" and "Luiza," and transforms the others as nobody else could. Remarkable.

The "+ 1" of the title is Joatan Nascimento, who adds his acclaimed trumpet and flugelhorn to a mix which includes piano, bass, drums, melodic gongs, and—on one track—"amazing instruments" built and played by Fernando Sardo. It's an intriguing collection of six tunes, three written by pianist Benjamim Taubkin, and all extensively improvised: half are each over 12 minutes long, flowing out of a friendly and relaxed collaboration that could be labelled "free jazz" if it weren't so melodic. Among the rolling Brazilian beats is a pretty ballad called "Perolas"; other highlights include the well-titled "The Circus Arrived..." and an absorbing take on Baden Powell's famous "Consolacao" that brings out its mystical side. At times, the nearly-Middle Eastern swirl of the music recalls the work of composer/pianist Marcelo Zavros.

All told, Trio + 1 provides a fabulous journey; the most adventurous CD of the five, it shows how today's Brazilian music goes far beyond your father's bossa nova.

Walking With My Bass

Tracks: Nana; Samba Sem Voce; Take the A Train; Atlantida; Berimbau; I Only Have Eyes for You; Bossa For Copacabana; Perfume de Cebola; Smile; Jade; Here's That Rainy Day; Day and Night; Creek.