By JAKOB BAEKGAARD
May 12, 2018
Sign in to view read count
Brazilian music is much more than established icons like Antonio Carlos Jobim, Gilberto Gil and Hermeto Pascoal. The question is where to find the musical voices of the future? Fortunately, David Byrne's Luaka Bop label is dedicated to a mission of releasing world music that goes beyond the mainstream and has released two Brazilian albums from artists that deserve attention. Both Kassin and Domenico Lancellotti are regular avant-pop auteurs shaped by a proud Brazilian tradition that includes the Tropicalia movement and names like Caetano Veloso and Jorge Ben. 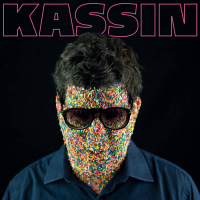 Kassin's album Relax is a treat, an album that combines the melodic and rhythmic pleasure of pop with rich textures, complex arrangements and philosophical lyrics. Kassin draws on everything from his country's own samba-drenched sounds to exotica, smooth funk, soul and the kraut-pop of Stereolab. Whether he is serving the endorphin-rush of "Momento De Clareza" with creamy bass, breezy flutes, funk guitar and synth-electronic flourishes or staging a future version of Marvin Gaye's What's Going On with the subtle, otherworldly orchestral beauty of "A Paisagem Morta," Kassin is aiming for the highest high, the place where mind, soul and body become one.

The lyrics, which are included in the booklet and translated into English, are not afraid of delving into the more troubling aspects of life. For instance, Kassin sings on the ode "O Anestesista": "I want my own anesthesiologist / By my side night and day / A little laughing gas during the toughest times / Against the sad weight of existence, the darkest anguishes, terminated loves. / The end of all pain."

Somehow, Relax manages to combine the anesthetic pleasure of pop with a philosophical awareness of the complexity of life. While the album may be easy to listen to, it is not easy listening. 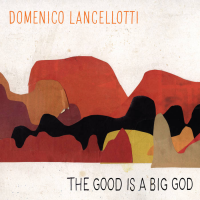 Domenico Lancellotti
The Good Is A Big God
Luaka Bop
2018

A philosophical undercurrent also runs through the sophisticated pop music of Domenico Lancellotti. Just consider the opening lines of "Voltar Se" from his album The Good Is A Big God, once again sung in Portuguese and translated into English: "So to sleep is to turn back inside yourself / To dream is to turn back too / To think is turn back inside / And to die / Is to really / Turn back inside / Right into the center / Of the universe."

When it comes to the music, Lancellotti is not as flamboyant and immediately catchy as Kassin, but he is just as eclectic and complex and there is a strong melodic sensibility at the core of his music. On "Shanti Luz," Lancellotti lets the disco lights shine in an idiosyncratic take on funk with strange sounds and percussion while he croons on the soft Brazilian ballads "Dama da Noite" and "Insatiable."

Another bonus is the presence of High Llamas-maestro, Sean O'Hagan, who also turns up as a co-writer on Kassin's album on the track "Digerido." He provides string arrangements for some of the compositions and contributes with the English words on "Logo," a track with a clear nod to the Llamas.

Relax and The Good Is A Big God are filled with baroque pop beauty. Kassin and Domenico Lancellotti are musical architects with a singular stamp on their music, who are not satisfied with a string of singles. Instead, they strive to achieve the grand narrative statement of the album as a work of art and succeed in doing so. Welcome to Brazil. Welcome to Kassin and Domenico Lancellotti.

The Good Is A Big God