When people talk about jazz venues in Los Angeles, downtown's Seven Grand Whiskey Bar doesn't usually come to mind. That's unfortunate because this popular bar has featured jazz and blues Monday through Wednesday for over a year. It's a classy yet hip spot to sip a cocktail and hear great music without the formality and tightness of a typical jazz venue. It's nice to have an affordable laid back alternative.

Which brings us to Brandino and Friends—an exciting new LA-based jazz-funk outfit. On May 21, the acclaimed bassist/producer and his new band rocked the spot off its foundation. This was their fourth show here and the best yet. 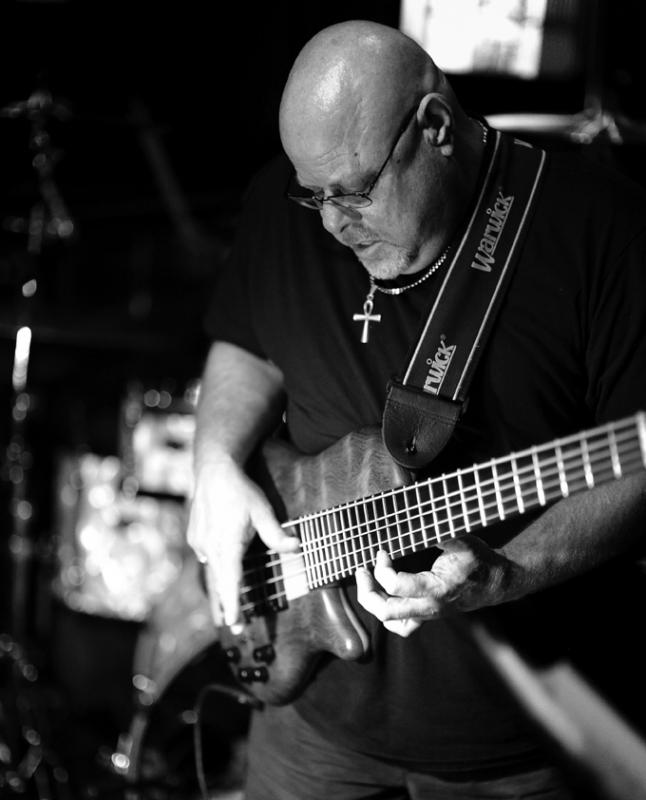 Brandino is an accomplished musician and producer who's spent 22 years as Aretha Franklin's bassist. He's contributed to numerous Grammy-winning and nominated albums including OutKast's Speakerboxxx/The Love Below, Justin Timberlake's FutureSex/LoveSounds and Mary J Blige's The Breakthrough. He's a beast, a truly versatile artist who's trained in both jazz and classical music. Brandino has serious chops, relentless energy and possesses an effortless improvisational intuition.

A sturdy foundation rooted in tradition with current attitudes and ideas makes this band unique. Taking a page from the Miles Davis playbook, Brandino understands the importance of young blood in the mix. His and Bruner's experience combined with the fresh ideas of Washington and Langham creates a technically impressive and energetic experience. Kudos for putting together a great band.

ADVERTISEMENT
Many young people today lament the lack of soul and youthfulness in modern jazz. This ensemble defies that notion with the force of a category five hurricane (Brandino has roots in Louisiana).

Speaking of Louisiana, I'll never forget Brandino's proclamation that meeting Louis Armstrong was a life changing experience. His soul, energy and joyfulness continue the tradition of The Big Easy. The group is more gumbo than fusion: mixing different cultures, traditions and styles into a pot and then lighting a fire under it. You can't pin down their sound, except that it's raw, skillful, funky and real.

During two sets the band performed a wide selection of material, but their unique version of the Weather Report's "Birdland" stood out. This was an ideal choice for Brandino to showcase his raw energy, in which he delivered a massive solo that rattled my skull. Each member contributed a unique take on the band's tough yet dynamic version of the classic, and Brandino's thunderous solo was accentuated by various effects pedals which gave the song a futuristic feel.

The night ended with Mongo Santamaria's timeless classic, "Afro Blue." Most of us have heard this standard numerous times before but they flipped and twisted it in ways that I've never imagined. The group's funky yet relaxed rendition captured the essence of Mongo's spirit. It left your mind, body and spirit nourished after the preceding journey through hard bop, jazz-funk, fusion and everything else these guys threw into the pot. It was the perfect closing statement.

Brandino and Friends combine elements of jazz that rarely intersect these days: soul, improvisation, technical prowess and social relevancy. Give them a listen...