There is great debate among jazz fans these days, particularly among those who favor jazz trios, whether Brad Mehldau and his trio of FLY and Jeff Ballard, have fallen into a rut and are happy to stay there or whether they have simply found their groove and are deepening and enriching a narrow niche. Mehldau is a prodigiously talented pianist, his fluid technique and fertile embroidering on display at the trio's performance at the Palau de la Música on Tuesday, November 10th, as part of the ongoing 41st Voll-Damm Barcelona Jazz Festival. 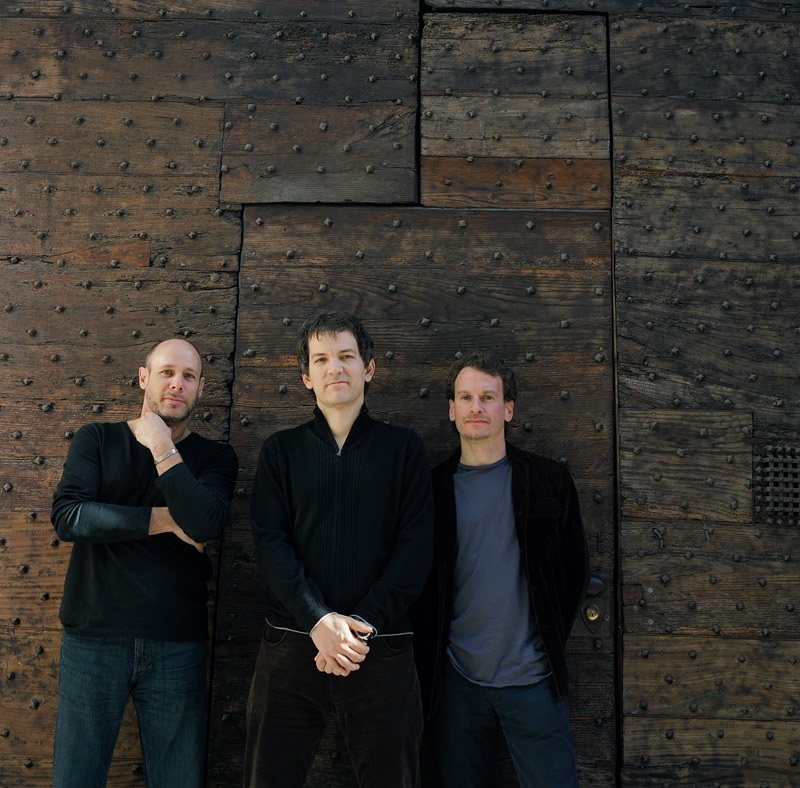 Emotionally cool to the ears in performance, the pianist who bowed from his piano bench after every tune, played an unusually varied set, much different that the tried and true set he's been playing in New York clubs for most of the previous year. Although there were standards, a loose, rangy cover of Cole Porter's I Concentrate on You, and a steady grooving swing through I Cover the Waterfront—a tune that's become a nearly permanent part of his set list—both shimmered and simmered with a satisfying gleam. Almost the entire set featured mid-tempo rhythms, one of the points that Melhdau detractors often point to as a sign of stagnation. That tempo is also often mentioned as being evidence of the pianist's influences, most notably Wynton Kelly and especially, Keith Jarrett.

Mehldau's fondness for accessible melodies, his healthy sense of adventure, and his admirable reluctance to be defined as just "a jazz guy," have always led him to search out material from songwriters who work in world's other than jazz. At the Palau he tapped the catalogs of several rock acts including the opener, Alice in Chains' Got Me Wrong, and two of the three encores, a delicately constructed, wonderfully elegiac rendition of Paul Simon's, Still Crazy After All These Years, and the closer, Radiohead's Knives Out.

While his choice of material is rarely questioned by those interested in pushing jazz forward as an artform, it's Mehldau's fondness for very similar, mid-tempo rhythms and his quiet, often introverted approach to improvisation, one that in the wrong hands would be considered noodling, that is at the heart of the debate over where his career currently stands. At his show in Barcelona at the Palau, he mixed periods of silence, where his notes rang out and settled across the hall, with snappy phrasing and extended ideas (most of which worked) and some short bursts of trio cacophony. Generally tasty in the extreme, his playing reached new heights during I Cover the Waterfront, in which he seamlessly and with breathtaking skill and taste, added several longish quotes from Moonlight in Vermont. 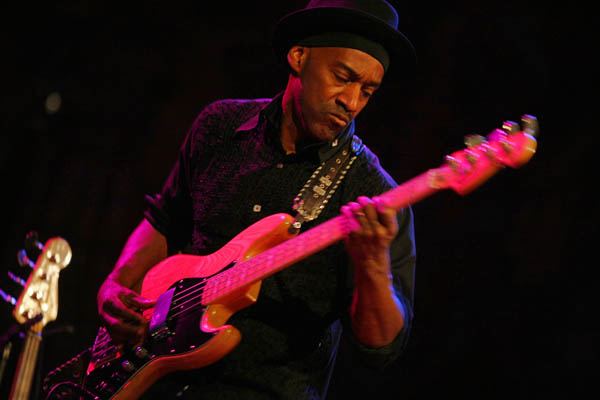 On the opposite end of the spectrum of American jazz was Wednesday night's performance at the same Palau by bassist extraordinaire and former Miles Davis sideman, Marcus Miller. As the man responsible for Tutu, the 1986 outing that featured Davis' instantly recognizable trumpet playing set to custom designed settings of mainly synthesizer and drum machine tracks that Miller recorded without the trumpet legend, the album has been a touchstone in Miles extensive discography since the day it was released. A quick surf of the web and its inexhaustible stock of opinions shows that even today ratings of Tutu vary from "bland pop backgrounds" and "synthesized sterility" to "underrated" and "this is his Picasso, his modern art work."

An easy-going, amicable person and a player who has been a master of his instrument—and as the crowd found out on Wednesday, also his first instrument, bass clarinet—since teenagehood, Miller now leads a muscular, rhythmically-charged funk band that had most of the expectant Palau crowd happily bobbing and grooving in their seats. Thanking Miles Davis "for all this inspiration," Miller led his band of healthy he-men through a set that showcased all their talents but particularly the rapid-fire drumming of Ronald Bruner and the very-Miles like playing of trumpeter Christian Scott aTunde Adjuah.

The animated Scott never took the mute out of his horn the entire night, giving him a reasonable facsimile of Miles famous tone in cuts from Tutu like Tomaas, Backyard Ritual, and the album's title track which was the final tune played to a standing ovation. While this groove heavy quintet never lost their grip on a deep funk groove, it was in one pop music cover, Michael Jackson's Human Nature, (which Miles covered on his 1989 album You're Under Arrest) and Victor Young's standard When I Fall In Love that Miller's art reached it's peak, his bass clarinet playing adding a unique flavor to what was a wonderful, polished night of superbly played jazz funk. 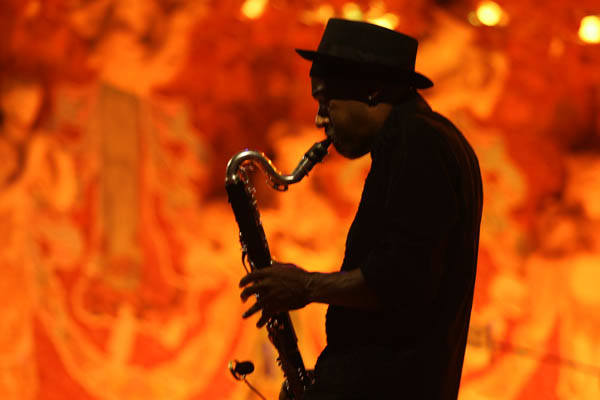