By KURT GOTTSCHALK
March 15, 2004
Sign in to view read count 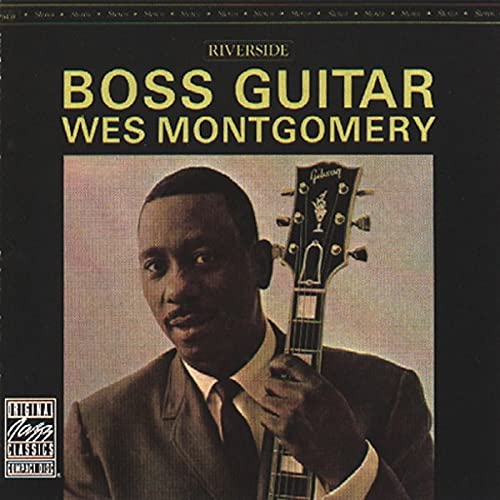 Wes Montgomery recorded Boss Guitar at age 38, near the end of his acclaimed Riverside years and just five years before his death. While the records that followed would give him some radio hits (and lose him some fans), the 1963 session was a time when he really could make the bold claim of the album’s title. The previous year, Montgomery had placed fourth in the then influential Playboy Jazz Poll among reader ballots, and had been named “All-Stars’ All-Star Guitar” among voting musicians (an electorate that included Cannonball Adderley, Miles Davis, John Coltrane, Paul Desmond, Duke Ellington, Stan Getz, Dizzy Gillespie, Oscar Peterson and Frank Sinatra, among others).

The “musician’s musician” status might be explained by his associations. He had already played with Coltrane and Lionel Hampton at the time, but most of the guitar boss’s career was spent as boss, leading bands and primarily—as on this release—leading organ trios. His finishing behind Chet Atkins, Barney Kessel and Charlie Byrd in the reader’s poll, on the other hand, might be explained by his keeping his home in Indianapolis, rather than moving to one of the coastal hotbeds.

The role of boss carries through to the way he worked with his trio. Montgomery had often employed Mel Rhyne’s organ for his sessions. Drummer Jimmy Cobb had worked with Adderley, Coltrane, Davis, Getz, Gillespie and Billie Holiday. But both were primarily backing musicians, and scarcely solo throughout the eight tracks cut for the album. It is Boss Guitar, front and center. Which isn’t too much of a good thing. Montgomery was a naturally lyrical player, hopping octaves with ease, never sounding out of place but never predictable. He sashays through “Besame Mucho” and strolls along “Days of Wine and Roses.” And while the trio mostly plays popular songs of the day, the two Montgomery compositions here stand out among the rest. “The Trick Bag” is a simmering workout with great interplay among the organ and drums, and “Fried Peas” is an infectious roll.

This issue is newly remastered (with the latest bit of logo-worthy technology) and includes the original liner notes as well as the notes from the 1989 reissue. Two bonus tracks (also on the 1989 version) don’t stray far from the original versions, but do keep the party going a little longer.