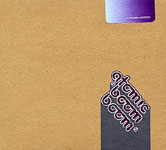 In the liner notes to Atomic's second release, Ken Vandermark asks, "Who gives a shit about saving jazz?"

Nobody, and everyone. You see, jazz has always profited (not monetarily) from its constant flux. Its destruction has always been its salvation. Smashing Ornette Coleman's saxophone wasn't an effective PR stunt, and wardrobe malfunctions don't get the attention of jazz audiences. New approaches to music making do. The folks in accounting might only want to remaster the old warhorse, or at least get some university graduate to play "Body And Soul" just like a dead prez.

For those walking the precipice, the act of creating jazz has to be new and it has to maintain their own signature.

This certainly is the case with Atomic, formed in 1999 of Swedish horn players Magnus Broo and Fredrik Ljungkvist alongside the Norwegian rhythm section of pianist Havard Wiik, bassist Ingebrigt Haker Flaten, and drummer Paal Nilssen-Love. The quintet counters the stereotypical perception of Scandinavian jazz as ECM-ish cool aloofness. Wiik and Ha;ker Flaten recently teamed with Ken Vandermark in Free Fall, releasing Furnace (Wobbly Rail). Paal Nilssen-Love has also been associated with the Chicago/Scandinavian jazz connection as a member of School Days (with Flaten and Vandermark).

This quintet reaches back to the powerful message of hard bop and they also surge forward with the energy of (for the lack of a better term) Chicago group improvisation. Their zeal is realized through borrowing from Ornette ("Feets From Above"), Lenny Tristano ("Re-lee"), and "Boom Boom" (Miles' second quintet), while settling in no definite camp.

Atomic reminds me of the energy produced by Art Blakey in his heyday or Tony Williams Quintet of the late '80s. Nilssen-Love's power drumming is obviously the key, but the horns of Ljungkvist and Broo don't shy away from skyward blasts.

The group covers the pop band Radiohead's "Pyramid Song" as their final track. Atomic breathes more life into the composition than I thought was possible. Funny how artists can reveal new things that casual listeners often miss.

Reinventing music is the mission of Atomic. And yes, this is a band well worth investigating.