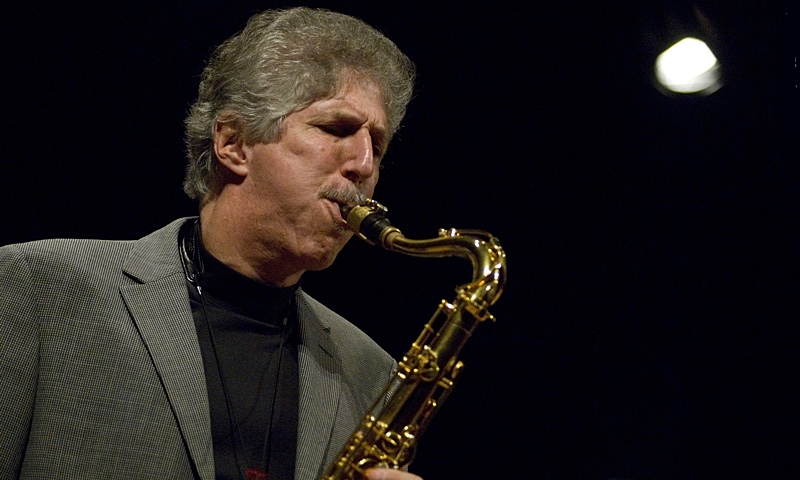 By BEN SCHOLZ
July 17, 2015
Sign in to view read count
"To be a great musician one must zoom out and be a part of the big picture when playing in an ensemble. The primary focus is on the greater whole. Only by doing this does a significant band sound emerge. If people of the world could only grasp this way of looking at things, we would be much better off." —Bob Mintzer

The global community is presented with an extremely myopic point of view when it comes to the dissemination of information. Media conglomerates allow news outlets to force a certain perspective without much criticism. This bubble extends to the music world as well. Easy access to home recording equipment and online distribution has created a certain sense of isolationism in the music industry. Tasks that once required an entire staff of skilled technicians can now be accomplished by a single person. At a recent concert in Chicago, Bob Mintzer was asked if he felt that this "lack of accountability" from producers, engineers, fellow musicians etc., fosters creative independence, or if he felt that these DIY artists need to learn how to work with others.

"The technology which allows musicians to conceive music at home is a good tool for trying things and documenting your music for a fraction of the cost that a top rate studio would charge. However, this is not a replacement for the experience of playing with and writing for live musicians in real time. Your ability to program music on a computer will only be as good as your conception of how live musicians would play together to create an ensemble sound. I think the only way to learn this is through playing with other musicians. Being in a band and developing a band sound through collaboration with the other players is a creative process that one must experience to develop as a well rounded musician with something to say."

Mintzer is no stranger to the recording studio; Yellowjackets and their respective catalog spans nearly 35 years and 25 studio albums. As a chief collaborator, Bob Mintzer has been a staple band member since the early 90's. Awash in lush keyboard sounds and multiple harmonic parts, the end-product creates the impression that Mintzer and crew spend a significant time in post-production. However, as a touring ensemble, the group must be able to perform the material live, as a quartet. This philosophy extends to the writing process, with each member actively contributing to the band's repertoire. "We spend a good deal of time writing the material, sending tunes around between us, and then playing through everything to see what would constitute a good program of 10 tunes. This all happens well before we record. Once we are in the studio we generally record everything in two or three days. Russell Ferrante is a master at playing multiple parts, particularly when integrating synth sounds with acoustic piano. He is one of the most musical people I know in this regard. The tunes we record are generally conceived in such a way that they can be played live without too much of a departure from the way we record. We record most everything live. Occasionally there will be an overdub to add a synth part of double a melody. But all the material works fine live with the four of us playing."

No artist creates within a vacuum. As jazz musicians, we are instructed to study the greats from an early age. Satch, Bird, Dizzy, Monk, Miles. It goes without saying that Bob Mintzer retains an encyclopedic knowledge of these legendary artists' respective oeuvres.

A few years back, Bob's big band was headlining at the Elmhurst Jazz Festival. During a break, he touched on a few obvious influences, Lee Konitz in particular. However, his nod to Bela Bartok (which I misappropriated as inspiration for the composition "Beyond the Limit") piqued my interest. After clarifying this misconception, Mintzer offered a glimpse into his list of European influences and provided some insight into the unique palate of musical colors present in his compositions.

"Actually, 'Beyond the Limit' was inspired by the Stravinsky octet for winds. I borrowed some of the sonorities from that piece and set them in a big band wind orchestration with a certain level of groove involved. There are many great pieces that have a wealth of components that one could "slide" over into the jazz and groove realm. I've done this with Bach, Bartok, Debussy, Mozart, Bozza, and Karg Ehlert to name a few."

Modifying popular repertoire for various sized ensembles has been standard operating procedure in jazz throughout the genre's history. From Ellington to Basie, Krupa to Rich, every great band leader has employed the technique of combining original material and arrangements from the American songbook. Mintzer is no different, and his reasoning reflects a true admiration for the art form as a whole.

"I enjoy both equally. Writing original tunes gives you an opportunity to create something totally original, and find an unusual groove, harmonic map, and compelling melody that stays with you. Doing arrangements of pre existing tunes is challenging in that you get a chance to maintain the integrity of the tune you are arranging while at the same time coming up with a novel approach to that tune, generally by doing something interesting harmonically, rhythmically, and orchestration-ally."

As time marches on, we lose direct connections to the legendary jazz artists who helped shape the music we listen to. Often times, the best we can hope for is a first degree of separation, a family member or close collaborator acting as a window into the creative process of a musical genius. Bob Mintzer is unique in that he is a member of a small group of leaders still carrying the big band torch in the 21st century. His work represents the evolution of jazz as it continues to progress from American folk into a universal language. Understanding our past helps us to know our future and Mintzer is keenly aware of that.

Some final words from Mintzer regarding his tenure in what some would consider the greatest modern big band in history.

"Buddy Rich was a mentor to me. He gave me the opportunity to play every night for 2 1/2 years, write for big band. travel the world, and grow as a human being. He was a funny, complex, sometimes difficult, caring individual who happened to play the drums better than anybody I've played with before or since. Roger Rosenberg and I left Tito Puente's band to join Buddy's band in 1975. One night we were playing in Buddy's place and Tito came in to hear the band. Roger and I went over to say hello. Tito said, "You think I was a prick, wait until you check this guy out!" Tito and Buddy were from the same mold as far as band leading went."