By JIM SANTELLA
December 1, 2000
Sign in to view read count 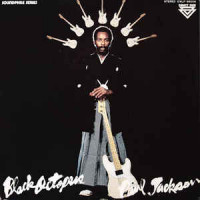 Singer/bassist Paul Jackson likes variety in what he does. Like the inference in his opening track’s title, “Many Directions,” this project moves in many directions all at once. It’s fusion. A strong bassist and enjoyable singer, Jackson employs a fusion of R&B, funk, disco, electronic “outer space” music and a little avant-garde jazz. Originally issued in 1978, Jackson’s debut album features a soulful 5-piece band swinging in a mood representative of that era. Paul Jackson and Bennie Maupin were founding members of the Headhunters. Here, they’re joined by spirited electric guitar and lightweight percussion to paint a picture of emotional good times. The project, which includes four bonus tracks, features Jackson’s singing, his throbbing fuzz electric bass, and a pertinent electric piano. Highly emotional, nostalgic and fusing 1970’s dance music with jazzier moods, Jackson’s project portrays a specific character. It’s a time capsule for those who miss the good old days.

Many Directions; Eight Ways of Love; Funk Times Three; Burning in the Heat (of Your Love); Tiptoe Through the Ghetto; T-Bolt; A Little Love