By GLENN ASTARITA
September 3, 2018
Sign in to view read count 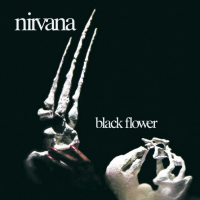 This is not a newly unearthed recording by the Seattle-based grunge rock band, Nirvana. Hence, this Nirvana was a short-lived progressive pop unit that formed in 1965, led by the duo of Irishman Patrick Campbell-Lyons and Greek composer Alex Spyropoulos, both supplying the vocals. Once again, UK-based Cherry Red Records stokes the olden flames to remaster unsung titles from the late 1960s and 1970s, predominately for staunch allies of the classic prog era. For some, these reissues are akin to the gift that keeps on giving.

Of particular note pertains to a young, and soon-to-be celebrated, producer Tony Visconti (David Bowie, T. Rex, Gentle Giant) who had a hand with the orchestral arrangements, even though supporting musicians are not noted in the CD jacket. Complete with extensive liner notes providing insight into the band's evolution and demise, these tracks recorded in 1969 are largely grounded with radio-friendly themes amid the vocalists' low-key and warmhearted choruses. Indeed, they highlight that era's British pop wave, along with some clearly defined Beatles influences with lovely hooks, plush horns and blossoming strings arrangements. On the flip side, notions of Frank Sinatra or Tony Bennett cranking out a ballad atop some of the heavier strings and horns movements kindle memories of an archetypal Nelson Riddle arrangement.

With harpsichord passages tinting or framing a given melody along with densely populated orchestrations, this group reminds us of a rather illustrious, cutting-edge timeframe for rock. Unfortunately, this album was never released for a lengthy period of time due to record label-based issues. But the production offers several endearing works atop perky backbeats, wistful vocals, airy flute movements, mellow sounds and other niceties. They even toss in some rangy C&W guitar licks but works such as "Black Flower" are devised with circular riffs and female vocalist Lesley Duncan's angelic singing atop a catchy pop motif, intermingled with sonorous interludes. Her dreamy choruses and the producers' shrewd orchestral backdrops encapsulate a piece that seemingly could have been a major hit, but in reality, never saw the light of day.

The album notes discuss the all too familiar issues with record labels back then: lack of promotion and capital expended on many worthy bands who, unlike others, never overcame the uphill battles. No doubt, the duo excels at melody-making, evidenced on "Illinois," which is another pop hit contender, augmented by a hummable theme. Moreover, the album includes bonus tracks. Sure, the program sounds a little dated, but while many critics bestowed praise, the artists did not enjoy a commercially viable run. However, their second recording The Story Of Simon Simopath (Island Records, 1967) is touted as rock's first narrative concept album, released before The Who's Tommy (Decca, 1969) and The Kinks' Arthur (Reprise, 1969).