By HRAYR ATTARIAN
February 20, 2016
Sign in to view read count 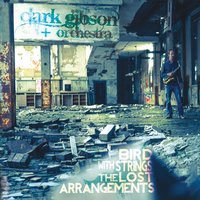 Alto saxophonist Clark Gibson's Bird with Strings: The Lost Arrangements is an ambitious undertaking and, at first glance, a bold statement. Evoking, arguably the greatest jazz musician, saxophonist Charlie Parker is not an easy task.

Gibson, however, is not emulating Parker nor making any stylistic claims to his legacy. He is simply paying homage to Parker by shedding light on a long obscure slice of the latter's legendary oeuvre. Obscure because the arrangements here are sides cut for producer Norman Granz a year or so before the popular albums Charlie Parker with Strings (Mercury, 1949-1950).

Gibson has assembled a group of superb musicians, primary from University of Illinois who, under conductor Pete Carney's supple direction, provide a lush and vibrant backdrop for the fourteen tracks that comprise this engaging CD.

For instance, on "I've Got You Under My Skin" Gibson's clear, pliant phrases meander through the ensemble's buoyant and cinematic tones. Drummer Matthew Charles Endres and pianist Chip Stephens briefly exchange fast paced, boppish lines at the opening of the tune before the entry of the expansive, orchestral performance. Gibson soars over and dives into these lilting, harmonic waves with subtle yet definite lyricism.

On the effervescent "Repetition" Gibson engages tenor saxophonist Chip McNeill in witty, delightful banter as the band percolates and bubbles behind them. Endres peppers the music with Latin spice with his infectious beats. Gibson exhibits consummate mastery of his instrument as he climbs up and down the scales with incredible agility. His airy, elastic sound complements McNeill's muscular and earthy improvisation filled with quotes from other standards.

A single live piece is also included. The undulating ballad "They Didn't Believe Me" features a slightly different line up of string players. Their passionate, collective sound elegantly matches Gibson's emotive and warm soliloquy that, brims with melancholic poetry.

Although it may not quite be the historic recording that the liner notes claim Bird with Strings: The Lost Arrangements is, nevertheless, a splendid and cohesive work. It showcases University of Illinois alumni and faculty's abundant talent and introduces to modern audiences a lost chapter of Parkeriana. Above all it is a highly enjoyable and refreshingly charming disc.

Stardust; Repetition; You Go to My Head; Gone with the Wind; I Cover the Waterfront; Gold Rush; Love Walked In; Yesterdays; Yardbird Suite; Ezz-thetic; They Didn’t Believe Me; Scootin’; I’ve Got You Under My Skin; When I Dream of You.