Billy Harper: A Life of Persistence and Improvisation 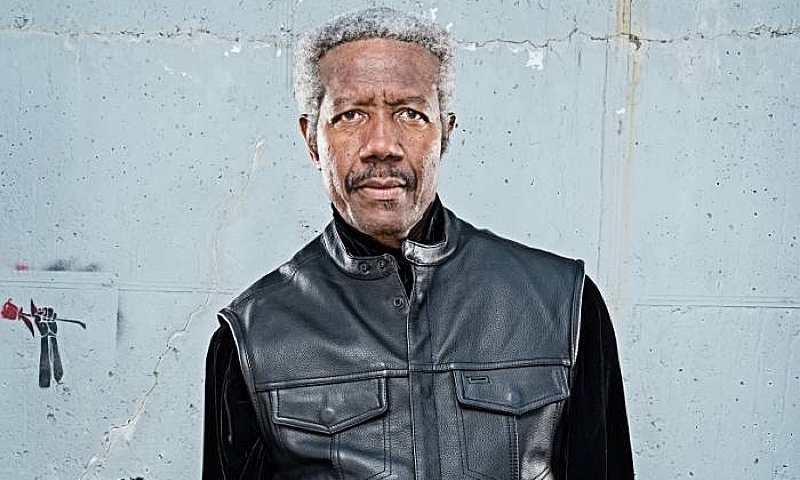 By R.J. DELUKE
November 19, 2014
Sign in to view read count
On stage, Billy Harper puts his lips to the tenor saxophone, stands relatively erect and sings through his horn; a strong, angular, muscular sound. There little physical gesticulation, belying the effort it takes to express feelings and emotions through the instrument. But Harper's creative statements demand attention.

Over the last few years, a lot of that energy is expressed on stage with the Cookers, a star-studded septet that has been burning up the scene, gaining fans and critical acclaim. Harper is blowing his best among comrades Billy Hart, Eddie Henderson, George Cables, Cecil McBee, Donald Harrison and David Weiss, stellar players and old friends. He also is a prolific composer, an educator and has led his own bands over the years, as well as performed with Gil Evans, Max Roach, Lee Morgan, Charles Tolliver, Randy Weston, the Thad Jones and Mel Lewis big band, Art Blakey and others.

It's a career where Harper, a born musician who started singing while in diapers, has shown remarkable persistence. A self-taught saxophonist in the beginning, he honed his chops so well that he eventually entered the prestigious music program at North Texas State University. But it was during a time of segregation and there were tough things to deal with. Harper persevered. He won out.

"I got into jazz completely, which meant improvisation, which was the way I learned to live," says Harper, a congenial sort who's thoughtful and forthright. "Improvising all the time. It was not just music. It was the way. That is my life. It might be a funny thing to say, but I feel like I am the music. I don't mean I'm the only music, but I am music. That's how much it is a part of me, or I'm a part of it. I really feel like the music. I think that other musicians who are playing represent the music. They are the music also... Whenever writers say sometimes, 'jazz is dead.' I think that's a conspiracy or something. As long as it's in the musicians, the music is there. It's where I live."

Harper, 71, who released his first album Capra Black in 1973 (Strata East), also leads his own quartet and is working on the release of a DVD that will feature his sextet performing with 60 voices. Using voices is a natural progression for someone who came up in the Houston area singing in the church and thought he would be a singer or an actor before the saxophone pulled on his coat.

The Cookers have four albums out and this year's Time and Time Again (Motema) is outstanding. The band is tight, the writing strong (three songs by Harper) and the soloists bright and expressive—as they have all been throughout their careers.

"It's great. Everybody's played together at one time or another," Harper says. "Everybody has their own group. Among those guys, they've either played with Freddie Hubbard or Lee Morgan. So we're kind of connected from a long way back." Henderson played with Harper for eight years gong back to the '70s. "So we've got a close connection. When I first got to New York, I was trying to get Billy Hart to play in my band. He was there for a second until Stan Getz paid him. [chuckles] He could pay some real money."

"That's probably one of the reasons the group works so well," he said of the dynamic group feel of the band. "We also know the history in the same way. Many of the young guys don't know the history of getting a sound and a purpose. Power. When I say that, I mean I played with Art Blakey. Eddie played with Art Blakey too. I played with Elvin Jones. The best drummers. Everybody in the band played with somebody like that. Like Herbie Hancock. George Cables was on my first record. Also, we played together with Blakey too... It's working out."

Harper has been a major voice on the saxophone for decades, but the singing thing—that was first.

"When I was crawling, my uncle said I was trying to sing something from Ella Fitzgerald, from the radio. 'A Tisket, A Tasket' or something. I was singing that before walking. Then they were always getting me to sing in church. I was pushed on stage to sing. That was going to be my main thing. When I was there, my grandmother was married to the minister. So I was there all the time. I heard all these great choruses. Wow. I heard people who were singing like Aretha Franklin. Really good singers. At that time, it would be a sin to change the way they were singing to do something commercial. But they were just as great as Aretha. And I was in the middle of all that. I was little, but hearing it all and taking it all in without realizing it. That was quite an experience. In fact, I would think it would be the thing that led me to my style of singing and playing."

Walking home from school, Harper used to pause in front of an instrument shop and gaze into the window. He didn't know what the gold-tinged horns were, but they captured his imagination. One, the trumpet, only had three valves. The one that held more mystique was the curved one with many more accoutrements. "I wanted to play that. What I wanted for Christmas from that time on was a saxophone," laughs Harper. "And a horse... No, I didn't get the horse."

When he got his hands on the sax, Harper taught himself. He would listen to records with an uncle who was a fan. Again, there was a vocal aspect. "He loved to put the words in solos and things like that," says Harper. "I learned a lot of that jazz stuff and concepts from starting with him at a very young age. I learned to hear really well at that age. I was playing stuff by Sonny Rollins, Horace Silver and finally John Coltrane... One of the strongest guys to start with was Sonny Rollins. Then Kenny Dorham with Max Roach and with Horace Silver. Then Coltrane. I was in good company."

As he progressed, Harper was playing the blues and working and making money at the age of 16. Jamming in high school made him better and better. But he knew it was a long road. "There was a terror down there by the name of Don Wilkerson," he recalls. "He did a record called 'Texas Tornado' or something [Texas Twister, Riverside, 1960]. Everybody was afraid to sit in with him. But I was only in high school I heard him and my goodness. A whirlwind."

"But the time I got to college I met James Clay}," he says. Clay was a hot tenor player who, during his unsung career had some good records, but also recorded with the likes of Don Cherry and Wes Montgomery, played with Ray Charles, Billy Higgins, Red Mitchell and others. "That was my mentor, along with Richard Lily in Houston, whose wife was my drama instructor. For a while I thought I was going to sing and act. Pretty soon I got more into the horn."

After high school, a friend told him about the outstanding music program at North Texas State University and Harper was game to give it a try.

"But when I got there, things were still segregated. There were 10,000 students and 100 blacks at the time. So the living quarters, dorms, were not open to black guys. The ladies had started integrating the dorms. While I was there, we went through all the demonstrations, sitting in and all that stuff. They finally moved us into apartments on the campus," says Harper.

And there were times of trouble.

"There was a Confederate fraternity. Whew. I remember. A lot of times, friends of mine would get beat up when they'd come from Dallas late at night. We went through that stuff," he recalls. But such was his focus, his persistence, that he did not let the distractions interfere with his studies. "I was totally into the music. So the other stuff was happening. It was going to happen. So let's get to it [the music]. Although I remember one night sleeping and a big bright light was all around the apartment. I came out to the door and there was a cross burning across the street... Yeah. I didn't forget that place. It had good and bad."

He says the musicians at the school were cool. Many were from the north and some of them had already played in big bands like Woody Herman and Stan Kenton. Harper played in the school's big band and flourished, earning his degree. "Then I was playing professionally in Dallas with James Clay and some guys. I decided one day, it's time to get to New York. That was the place I was aiming for without realizing it. Everybody I was listening to was from New York. The records from Blue Note, RCA. All those companies were in New York. I wasn't interested in recording. I just had to get to New York to be around that music. That was my main thing. That was the goal. Then after a while, I was all over the world. Hardly in New York."

He got there in 1966 and found the going rough at first.

"When I first got to New York, it seemed like something really bad happened, then something really good. The first thing that happened is I borrowed $100 from a friend to get to New York. I just had $100, and I stayed in a hotel the first night. That took almost all the money. I had a little money left over and I put it in my [sax] case. I'm looking for another place that's cheaper. I happened to accidentally drive by Third Avenue and Eighth Street and saw that Thelonious Monk was playing there," says the saxman/raconteur. "I had to go check him out, just for a little while. When I came out, I saw McCoy Tyner was playing right across the street. I ran across the street to see him. I saw Cedar Walton in there. I got to hear McCoy and ran back downstairs to check the car and all my stuff was gone. My second night in New York."

Harper laughs pleasantly as he thinks back. "And I didn't know anybody. That's the way I started... It went like that for a while. It certainly made me stronger and more focused. I had to get away from those material things. I didn't know it was, in a way, an advantage. Because I felt so terrible all my stuff was gone. I was really tied to that stuff, so it was good to get untied."