By NATHAN HOLAWAY
March 27, 2015
Sign in to view read count
We already know what a tremendous voice Bill Evans has had in jazz history, and most of the major jazz pianists that he has influenced. Most jazz aficionados know most of the tunes Evans has composed and most of the tunes that were in his ever-changing repertoire. But, a subject that hardly gets enough attention concerning Evans are his superlative skills as a consummate sideman. What we're discussing are two totally separate categories. It takes a certain kind of mentality and brawn to be a leader of a musical entourage, but it takes an entirely different set of standards and skills to be a reliable and effective sideman. Evans was a master of whatever he set out to do, and that is the topic of this article. What a great sideman Bill Evans was. 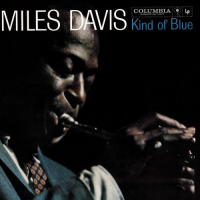 Miles Davis: Kind of Blue (Columbia/Sony)
Once again, this album pops up to be discussed. This is the most pristine example of Evans as a sideman. It's extremely easy to lose sight of Evans' role when there is a cavalcade of heavyweights in this session like Miles, Coltrane, and Cannonball Adderley to contend with. But one must not forget that the point Miles was making with this entire session was to expand what Bill Evans was doing stylistically with his playing at the time. "Blue and Green" was written by Evans (not Miles, as some believe) as was "Flamenco Sketches" (formerly known as "Peace Piece"). If you don't already own this album, shame on you. 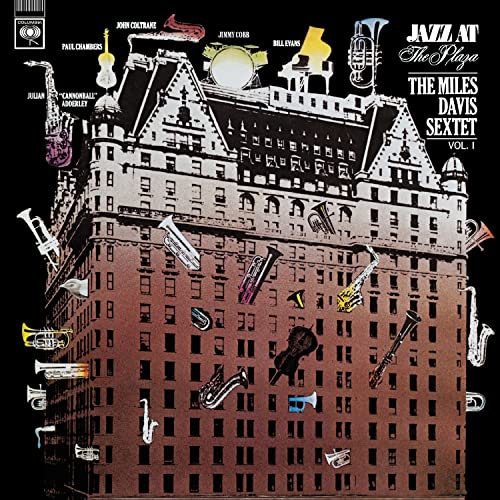 Miles Davis: Jazz at the Plaza (Columbia/Sony)
This is the only other recorded session we have of Miles playing with Bill Evans. In fact this session was a prelude to Kind of Blue. I Believe this was recorded live at a Columbia Records party, and those cats got a treat and a half that night. Only four tracks were recorded, but there's an endless amount of depth there. They start out with one of Miles' signature tunes ("If I Were a Bell"). Then they turn on their jets to full throttle as they absolutely BURN through a take of Rollins' composition "Oleo." Then a very introspective thing happens. Miles in his harmon-timbred, bittersweet way plays over a chordally textured landscape provided by Evans on "My Funny Valentine." This track is most significant in that you can really hear the foreshadowing of what Miles would later do with Herbie Hancock in his second great quintet on the exact same tune. As a closer, they pay homage to Thelonious Monk with "Straight No Chaser." This is a must have. 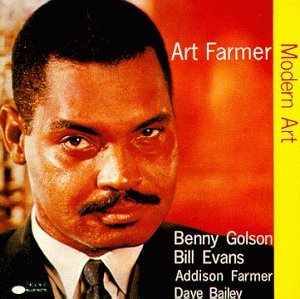 Art Farmer: Modern Art (Blue Note)
If you were to just listen to this record, you could easily pick out Art Farmer on trumpet, and Benny Golson on the tenor saxophone. You might have a little more trouble spotting the pianist. Bill Evans was the man on the session, and his playing is so bluesy that most would never guess that it could be him. This is a true testament to Evans' diversity. Of course, with Art Farmer, Benny Golson, and Bill Evans, the session is definitely worth checking out, but there's more to it than just that. There are a host of great standards here such as "I Love You," "Darn That Dream," "Like Someone in Love," and "The Touch of Your Lips," but the tune that gets everybody's hair to stand on end is the groovy opener written by Farmer himself entitled "Mox Nix." If you listen to that opener, you'll be hooked. And you won't believe it's Evans, guaranteed. 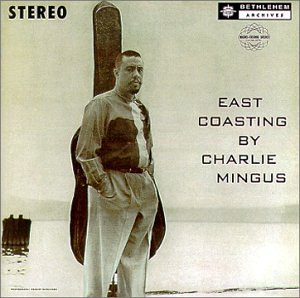 Charles Mingus: East Coasting (Atlantic/Rhino)
This session was due to strict happenstance. Mingus' pianist was unable to make a session, and Mingus had recently had one of his compositions performed at Brandeis University along with one by George Russell and one from Milton Babbitt, and Evans was playing on all three of the composer's works. Mingus remembered how formidable Evans was, and asked for Evans when his pianist couldn't make it. Unfortunately, he received the message after a late engagement and it was for the following morning. He made the session, and East Coasting was the result. Of the six tracks, the standard "Memories of You," and the Mingus compositions "West Coast Ghost," and "Celia," really are the most memorable and poignant. This is an amazing meeting between Mingus and his sparse harmonies and Evans' ever-flowing lyrical and modal imagination. 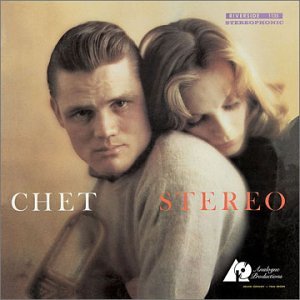 Chet Baker: Chet (Riverside/OJC)
When you talk of all the star-studded sessions, 90% of the time, they are jam session-type recordings and they are amazing. Well, this is quite a different recording. The names are the elite in jazz at the time: Chet Baker, Bill Evans, Pepper Adams, Herbie Mann, Kenny Burrell, Paul Chambers, and Philly Joe Jones. But, the result was quite the opposite. The entire album is full of lavish ballads! The very first chord of the album on the tune "Alone Together" is the exact same chord as the opening to "Blue in Green" on Kind of Blue later the following year. This shows Evans' constant tinkering, and his genius. Evans also takes a more-than-formidable solo on the tune "Early Morning Mood." Other standout tracks on this session include "It Never Entered My Mind," "You'd Be So Nice to Come Home To," "Time On My Hands," and "You and the Night and the Music." This is quite an infectious disc. 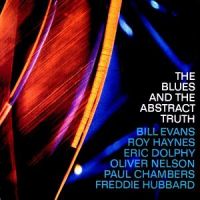 Oliver Nelson: Blues and the Abstract Truth (Impulse!)
No one can ever say that Bill Evans lacked variety in his discography. This session with Oliver Nelson is extremely different than the sessions with Baker, Farmer, or Miles. This session claims the talents of Evans alongside artists such as Eric Dolphy, Freddie Hubbard, Roy Haynes, Paul Chambers, and Nelson. This is a classic recording in jazz history. The musical selections are as varied as the musicians playing them. But strangely enough, there is no friction whatsoever, only ultimate cohesion. When lightning such as this strikes, you are more-than-compelled to sit up and listen. Everything from blues to hoe-downs, and bop to ballads are in the roster for the recording. Also worth mentioning is Evans' acute sense of listening. He is listening so intently, that he changes his accompaniment for each soloist on "Stolen Moments." For instance, listen to his transition chord at the end of Nelson's solo into his own solo. Evans. More than a sideman. 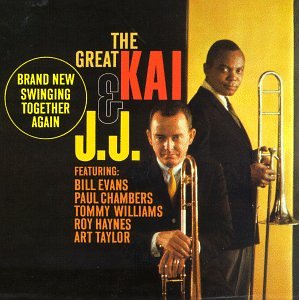 Kai Winding & J.J. Johnson: The Great Kai and J.J. (Impulse!)
Evans finds himself again in the great company of Paul Chambers on bass and Roy Haynes on drums, but this time on J.J. Johnson and Kai Winding's The Great Kai and J.J.. This disc is laced with standards and show tunes, but it swings like mad throughout. Outstanding standards include "Alone Together," "Blue Monk," "Georgia On My Mind," and "I Concentrate on You." The session is killer, and the trombone duo is as good as jazz bone gets! 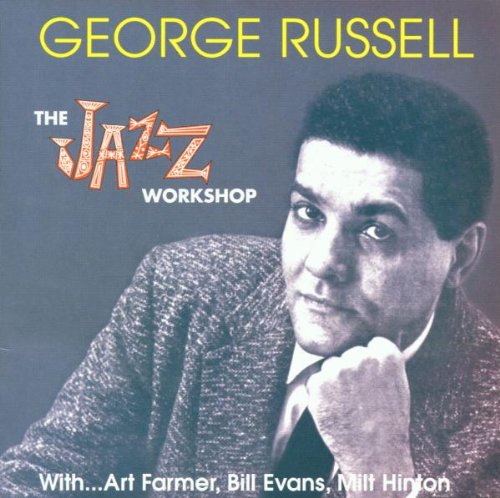 George Russell: Jazz Workshop (Bluebird/Lonehill)
Similar to Gil Evans, George Russell had his own ideas about harmony and arranging. So much, that he wrote a book about his "Lydian Concepts" in theory and harmony. This disc is Russell's very first session as a leader. Instead of playing on his debut session as a leader, he turned the piano seat over to the young pianist Bill Evans. This is another all-star session that includes Art Farmer, Milt Hinton, and a very young outstanding drummer by the name of Paul Motian. Besides all of the musicians giving stellar performances of this incredibly difficult music, this is another pristine example of Evans' multi-dimensional capabilities as a sideman.

Lee Konitz: Live at the Half Note (Verve)
Speaking of cats who are "loco" for Lydian harmonies, this disc pairs Evans with Lee Konitz and Warne Marsh. Many complaints about this album is that people wish that Evans' presence was more "felt" than what it is on this album, and there is a reason for that. Lennie Tristano was originally supposed to take the piano chair that night, but Tristano had to back out because he was teaching that night. So, they called Bill Evans to "fill in." Well, Bill was quite comfortable with Tristano's Lydian methods, and was a more-than-obvious choice for the gig. But Evans also knew that the position was always going to be Tristano's and he didn't want to take that away from him. So, that is why his playing is so reserved on this session. Nonetheless, it is still a notable session with Evans playing logical takes on "Sub-conscious Lee," "Palo Alto," "April," "Lennie-Bird," and "Just Friends." 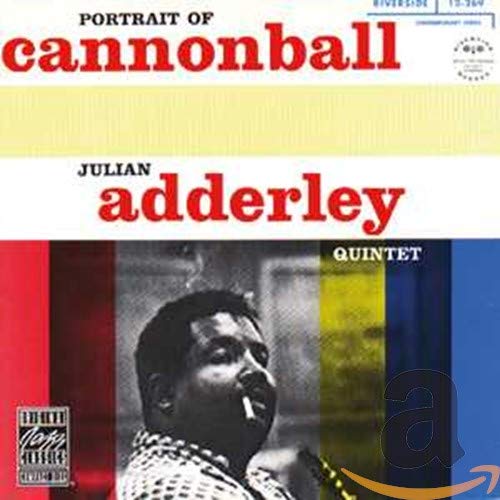 Cannonball Adderley: Portrait of Cannonball (Fantasy/OJC)
Deeply soulful, and immersed in the blues, Cannonball Adderley possesses the natural musical combination of sophisticated bebop lines mixed with the driving sermon of the preacher. Looking back at Adderley's former pianists, there were the likes of Bobby Timmons and Joe Zawinul, neither sounding anything like Evans. Yet, Evans was a perfect choice for this session. The sessions with Miles had paired these two together and they did a string of recordings together. The result was pure magic on dates like this one. On this particular recording, tracks like "Minority," "Straight Life," and "People Will Say We're in Love" are stupendous. But the real gem to this session is "Nardis" written by Miles. This composition caused a spark inside of Evans that lasted throughout the remainder of his life and he would take and explore this composition to its furthest possibilities later on with his own trios. But, you get to hear Evans' first attempt of this tune here with Cannonball. Once again, a perfect example of Evans playing the role of the consummate sideman.