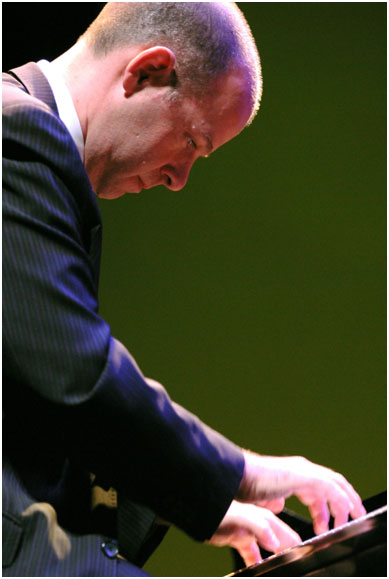 Bill Charlap Trio
University of Michigan
Ann Arbor, Michigan
October 2, 2009
While much of the credit for reinventing the standard repertoire via the piano trio can go to Keith Jarrett, the pianist's muse is more about using such chestnuts as a launching point for his own self-probing and extended improvisations. In the case of fellow pianist Bill Charlap, the focus is on just the opposite. His aim is to frame these trinkets in the best possible light while adding his own personality through keen arrangements and concise solo statements. As a result, Charlap's trio creates a mèlange that could be mistaken for cocktail jazz, but which carries much more weight to those with attentive ears.
Although the 658-seat Lydia Mendelssohn Theatre is seldom used for jazz concerts, this gem on the University of Michigan campus was the perfect venue for Charlap and his trio, as each member plays with sensitivity and an attention to dynamics that parallels that of the best classical musicians. Completing the trio were longtime associate Peter Washington on bass and drummer Rodney Green, subbing for Kenny Washington - Vocals. Offering a generous set of more than 90 minutes, Charlap and crew presented highbrow jazz that rewarded on many levels and one could have easily listened for many more hours without fatigue. 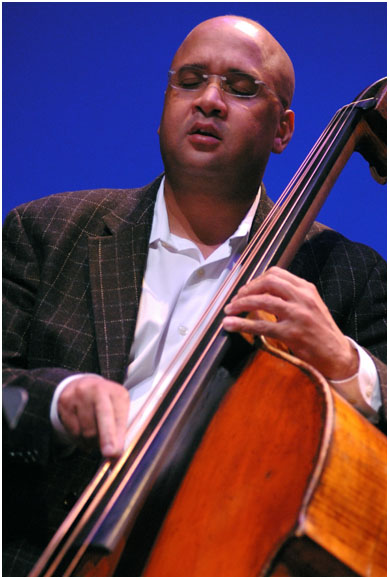 Getting underway with "The Best Thing For You Would Be Me," the trio communicated in a sublime manner that provided evidence for why these guys are among the best at their craft. Catching Rodney Green a few weeks later at another gig, I mentioned how much I enjoyed his playing with Charlap. With a chuckle, he would go on to explain how much he needed to "shed those charts" in order to stay up on all the intricacies and nuances that mark Charlap's arranging. Knowing that, I was even more impressed as to how seamlessly Green integrated with the pianist's unit, one that he had not played with before.

One of the ways Charlap becomes more in tune with the material he works with is by possessing a thorough knowledge of its lineage. Anecdotes used to introduce several numbers were charming remarks that added to the total experience. Commenting on the legacy of jazz musicians native to Detroit, the pianist would pay homage to Thad Jones by exploring the seldom-done "Little Rascal on a Rock," a number first heard on the 1976 album New Life by the Thad Jones-Mel Lewis Jazz Orchestra. Particularly interesting was the way that Charlap used the trio to orchestrate this big band gem. 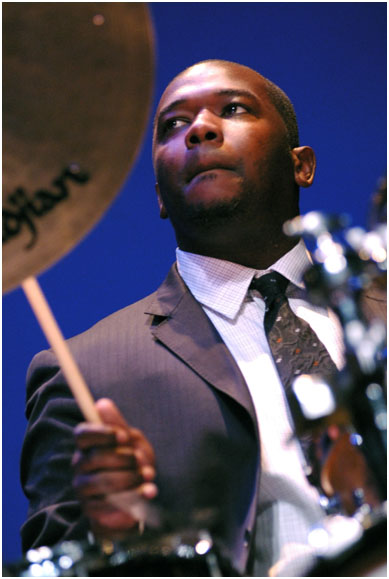 Speaking of obscure bop pianist George Wallington, Charlap next performed a medley of "Between the Devil and the Deep Blue Sea" and the cool school classic "Godchild." More familiar standards followed, namely "In a Sentimental Mood" and "I'll Remember April." Done many times by a plethora of musicians, "The Way You Look Tonight" put on a new face thanks to a seductive opening and an up tempo romp in the middle that actually included Charlap's quote of McCoy Tyner's "Passion Dance." Although he actually uses quotes infrequently, the pianist would later throw in a taste of Monk while rollicking thorough "Cool" from West Side Story. Another Bernstein gem, "There's a Place For Us" would then provide a rousing encore, finishing a sterling evening that found Charlap and crew raising the piano trio format to the state of the art.