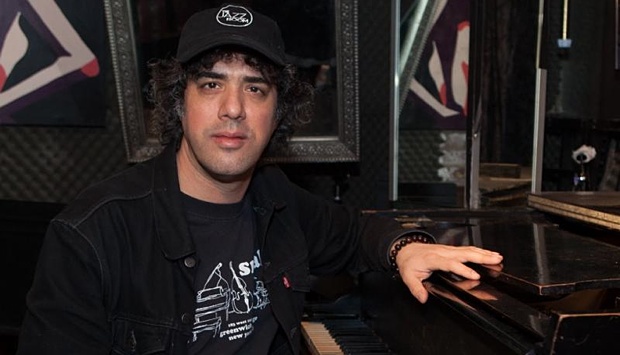 view slideshow
By BOB KENSELAAR
April 23, 2013
Sign in to view read count
Since its launch in 2010, the SmallsLIVE record label has been offering a substantial sampling of the outstanding jazz talent consistently featured at Smalls Jazz Club in New York City's Greenwich Village. Musicians who appear on the label range from the great veterans Harold Mabern and Jimmy Cobb to contemporary players at the top of their careers like Larry Goldings and Roy Hargrove, not to mention a mainstay of the Smalls scene: up-and-coming young musicians quickly making names for themselves, such as Dezron Douglas and Marcus Strickland.

For Spike Wilner, Executive Producer of SmallsLIVE and the owner of Smalls Jazz Club, the idea of making live recordings at Smalls came not long after he began running the business end of the club in 2007. "One of the things that was most important to me was to start to archive performances here. I feel the music that's performed here night after night is of historical value in terms of jazz music, New York City and our culture overall." Wilner's strong feeling about the value of the Smalls tradition has deep roots: his association with the club dates back to its beginnings in 1994, when he started playing piano there regularly and eventually led weekly late-night jam sessions. Mitch Borden, the original founder of Smalls, continues working at the club and as Wilner's partner and close associate.

As far as the criteria that Wilner and his crew use on the SmallsLIVE label, "we've chosen artists that we think are indicative of the club or important to be heard." Each of the CDs on the label has a similar look and sound, to some degree. Almost all of them are entitled "Live at Smalls": David Schnitter Live at Smalls, Tyler Mitchell Live at Smalls, etc. The sound engineering and mixing is generally by the same team and the covers use eco-friendly packaging with black-and-white photos of the headlining artists. As of this writing, including a batch of four CDs released in the spring of 2013, SmallsLIVE has 40 albums in its catalog. "We usually do four at a time and usually three times a year if we can. It's a loose production schedule, but that's what we try to keep to. This latest batch includes one I'm especially excited about, the Harold Mabern Trio, with Joe Farnsworth on drums and John Webber on bass. It came out great. It's amazing."

"We also have a quartet led by Joe Magnarelli, an old friend who played with me in the Planet Jazz band led by Johnny Ellis in the '90s. He came in with the great pianist Mulgrew Miller, Jason Brown on drums and Duane Burno on bass. That came out great, too. The third one is led by Alex Sipiagin, the phenomenal Russian trumpet player, with Seamus Blake on tenor sax, David Kikoski on piano, Boris Koslov on bass and Nate Smith on drums—a terrific band. And the last project of that batch is saxophonist Will Vinson. He's from London; he's been on the scene, plays quite a bit with Ari Hoenig. He has a terrific group with [guitarist] Lage Lund, whom we've recorded, Aaron Parks, who's a terrific pianist playing around quite a bit, Matt Brewer on bass and Marcus Gilmore on drums. So, I'm excited about this latest batch." 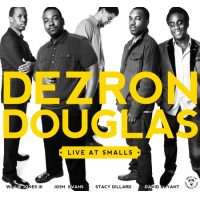 The previous grouping of releases on SmallsLIVE, issued January 2013, was another set of four, featuring ensembles led by two veterans and two younger musicians—two bassists and two tenor saxophonists.

Bassist Dezron Douglas led a quintet made up of dynamic young musicians who play at Smalls quite regularly: tenor saxophonist Stacy Dillard, trumpeter Josh Evans, pianist David Bryant, and drummer Willie Jones III. "Dezron is a young man who's very quickly assumed a really prominent role on the jazz scene by just being an excellent musician and a beautiful person," says Wilner. "He's a true jazz artist. He's got the spirit of this music permeated in him and a reverence for the tradition. He's got a great spirit and really focuses on swing and the feel. He's also a great leader, even though he's a younger guy. People admire and watch out for him."

Veteran bassist Tyler Mitchell led another quintet for his CD. "Tyler was around during the early part of the '90s and at that time was basically the top call bassist in New York City. He worked with Art Taylor and Taylor's Wailers, Barry Harris, Sun Ra and all kinds of people, real serious bebop and other top guys at that time and had a pretty prominent career. Tyler had a hiatus where he left New York and was gone for about ten years and then re-emerged recently. Tyler and I had become friends back in those days, when I was a kid, basically, and he had befriended me. It was nice for me to welcome him back to New York at Smalls and provide him a place to play. Eventually, that led to the SmallsLIVE project, which included Josh Evans on trumpet, Abraham Burton on tenor, who's phenomenal, Eric McPherson, another phenom on drums and myself on piano. To me, that particular project is almost the most indicative of a night at Smalls, because it's a little rough around the edges; it's not as planned out or perfected as some of the other dates, but it has a good feeling to it. People respond to it." The two tenor saxophonists in this grouping of four CDs are Grant Stewart and David Schnitter. "Grant is a terrific tenor player," says Wilner. "He's not exactly a young guy, but he's younger. He came in with Tardo Hammer on piano, his brother on drums, Phil Stewart and David Wong on bass. It's a nice, straight-ahead date, with Grant's beautiful tenor sound, really in the tradition, really swinging and with great tune selection." Wilner's association with Stewart goes back to the '90s, when the two first started playing at Smalls. "We have a long personal history as well as a musical association. Grant's one of my oldest friends in New York City. I met him when he was 18; I think I was about 22. I had just broken up with my girlfriend at the time. We met at a jam session, and he was looking for a room to rent, so we ended up becoming roommates. Then we started just becoming buddies, hanging out on the scene. Eventually, we became part of a band that collectively became known as Planet Jazz, with Peter Bernstein, Joe Magnarelli, Neal Miner and the late Johnny Ellis, who was the drummer and leader. We had an association with that group for quite a while."

Wilner plays piano on the David Schnitter CD, along with Ugonna Okegwo on bass and Anthony Pinciotti on drums. "Schnitter is a real jazz treasure, a veteran. He was the longest standing member of Art Blakey's Jazz Messengers, longer than any other musician in that band. He's been on the New York scene for years and plays better than ever now, a beautiful, abstract musician. He's played here at the club for quite a few years, and we had a nice, working band on that, which also features his wife, Marti Mabin, singing a couple tunes on that CD. She's gorgeous. That record, from a personal point of view, I think is one of the best examples of my own playing, and I also think it's just a great document of an unsung hero of the music."

The recordings on SmallsLIVE include a number of intriguing lineups. A 2010 CD by the guitarist Peter Bernstein, one of the first releases on the label, which Wilner considers "a classic," included the Miles Davis alum Jimmy Cobb on drums. "Pete is a guy who's just so beautiful and talented in what he does. He's just a consummate artist. He comes out of that strong tradition of swing and blues and romantic playing, and he also marries it to a modern sound and modern ideas. He was a huge influence on me and a lot of the musicians that I know." In addition to the quartet CD with Cobb, Bernstein appears on a SmallsLIVE 2011 release, Bernstein/Goldings/Stewart Live at Smalls, where he teams up with long-standing collaborators, organist Larry Goldings and drummer Bill Stewart. "Those guys started playing at Augie's back in the late '80s. I think they kind of started the whole organ revival thing, in a way." Wilner says that there will be another release on SmallsLIVE for Bernstein before long, a solo guitar outing.

Wilner himself is featured as the pianist on little more than a handful of the CDs in the SmallsLIVE catalog, but he's the common thread throughout, since the label focuses mainly on the musicians that appear at Smalls Jazz Club on a regular basis, along with notable special guests. Wilner is a major presence at the club, and he throws himself into it completely. "One of the things with me and Smalls is that I have a personal relationship with everyone who plays here. There's no musician that comes into this club that I don't either know as a colleague or as a friend. A lot of them are guys that I've known for my entire adult life and my whole career as an artist myself... Pete Bernstein may be my closest friend right now, actually. We've been friends since teenage years... Larry Goldings was my college roommate freshman year at the New School. He's the guy that started calling me 'Spike,' by the way. He started calling me that as kind of a joke, and I got really angry when people called me that, and I think because of that, it ended up sticking hard. But Larry is a guy I've known for years and he's been a big influence on me musically. I learned so much piano from him back in the day."

Another early release on SmallsLIVE features tenor saxophonist Seamus Blake, a more recent acquaintance of Wilner's, who is joined by pianist David Kikoski, guitarist Lage Lund, bassist Matt Clohesy and drummer Bill Stewart. "That's a great record," says Wilner. Seamus is a guy I've gotten to know over the years. I don't know him as well personally as I do Pete, but we have a very amicable relationship, and he's just a very popular artist. He's got a phenomenal sound on the tenor, a real modern concept and writes really beautiful little tunes that are very catchy and pretty. I'm lucky to get him in the club when he comes in. I'm always happy to have him at Smalls. He's got a strong following among younger musicians, which is something that I like to see. When making a decision on someone to record, I'm always very aware of what the 20- something jazz students and fans are interested in, because that's a barometer of who's happening, in a way."