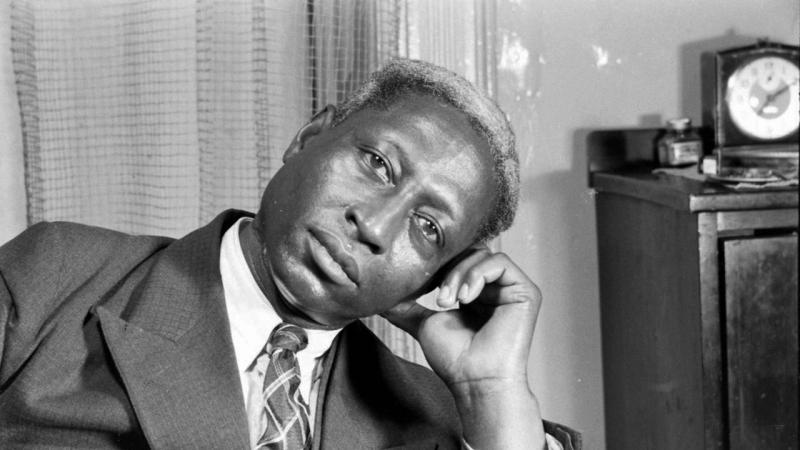 By SKIP HELLER
February 6, 2013
Sign in to view read count
Back when I was a kid—I was born in 1965—the first comprehensive push for children's education about American Black History was on. Elementary school libraries suddenly included books about Frederick Douglass, Harriet Tubman, and George Washington Carver, and there were even a few books about jazz and blues for young readers.

I wish I could remember the title of the book about blues I found in my school library when I was in the fourth grade (about 1976). It was less a history of blues than profiles of several musicians, including Billie Holiday and Leadbelly, neither of whom is exactly considered a typical blues stylist. But when you're eleven years old, you don't really think about this stuff in the ways that marketing professionals or music critics might hope. You just know when you hear something if you like it or not.

The bargain bin at the local sheet music store had the LP A Rare Live Recording Of Billie Holiday (on the festively-named Recording Industries Corp label). It was lo-fi, Billie performing with a pianist in 1951 at Boston's Storyville club. You could hear people talking over her. From what I thought a blues singer was supposed to be, I was shocked that nothing on this record sounded like the Canned Heat, Allman Brothers Band, Eric Clapton, or any of the other stuff that people in the neighborhood called blues. This was quieter, darker, and less flamboyant than what little I'd heard and liked, most notably "Loan Me A Dime" by Boz Scaggs, which featured a dazzling slide guitar solo by Duane Allman. My Uncle Bill played that one fairly often, and it thrilled me the way football thrilled my schoolchums.

I found a Leadbelly album on Capitol, Leadbelly: Huddie Ledbetter's Best. It was 2.99, during a time when I made three dollars for cutting a neighbor's lawn. Leadbelly sang in a tough, clear voice and played twelve string guitar, which made him unusual to his generation of blues musicians. These recordings sounded old and mysterious to me. I knew from the book that Leadbelly spent years in jail, mostly for violent crimes—he never met a fight he didn't want to join in—and sung his way to a pardon.

But, again, Leadbelly didn't sound like what I was expecting to hear. He sounded more like the folk songs I heard Pete Seeger sing. In fact, Leadbelly was credited as the composer of "Goodnight Irene," which had been a huge 1950 hit for The Weavers, the group that launched Seeger's fame.

Leadbelly had by the 1970s made it into the Funk & Wagnalls Encyclopedia. He was written about enough that you could find stuff out, and it was here I first learned that black musicians making their living as musicians—especially in the south—largely played for white people, because that's who had the means to hire musicians. When father-son folklorists John and Alan Lomax discovered Leadbelly in Angola prison in 1933, they knew how great he was. In a nutshell, they said, "We're going to record you for scholarship's sake. Play everything you play for every kind of gig you get. We want to know what a musician in your world has to be able to do."

Since their work was about folklore and not commercial recording, they didn't restrict their interest in him to guitar-driven country blues, which had a few years before the template for pretty much any Southern black male with a guitar, due largely to the success of the phenomenal Blind Lemon Jefferson.

It is fortunate that the Lomax's scholarship interests ran ahead of their commercial inclination, otherwise he likely would only have recorded blues or stuff close to that. But the world of material he unleashed included blues, novelties, fiddle songs, popular songs, hymns, country songs, spirituals, folk songs, and much more. He more than anyone up to that point personified the shared musical tastes that crossed racial boundaries.

The first black music recording was neither blues nor jazz. It was the Fisk Jubilee Singers, an acapella choir who sang about the Lord, but not in the charismatic, unbridled style of Gospel as it is thought of now. They started cutting in 1909, and their gorgeous, bell-clear tones were neither hellfire nor brimstone.

In the last decade, give or take, several notable collections have taken older black music out past jazz and blues. A wider, more accurate picture is coming into focus.

Devil's Dream (Global Jukebox) collects Alan Lomax's 1942 field recordings of multi-instrumentalist Sid Hemphill and his band playing at a picnic. Hemphill, who was blind and black, must have been quite something to watch, because these recordings are boisterous to their core. Hemphill sings and alternates between fiddle, fife, and quills (a/k/a Pan flute). He is backed by guitar, banjo, and a snare and parade bass drum of some kind. While in no way polished, this music is truly grabs you and keeps you. The tunes he plays on this day are largely known to bluegrass more than blues fans, but he also performs the World War 1 era hit "Sidewalks Of New York" and the ever-popular "Boll Weevil," a popular folk song associated most often with (ta-da) Leadbelly.

This was no more an official recording than youtube videos of a picnic are a film. What we have is a recording of Sledge, Mississippi's best local band playing a typical gig, complete with typical audience in their typical habitat. Some of it is sweet, some of it is rowdy, with parts between. Hemphill's charisma and charm reach out of the recording, too. It's a hard recording not to love.

Likely the most informative recent bit of musical history again comes to us from that wonderfully informed source, Tompkins Square Records, who rank right up with Dust To Digital as the Little Label That Can. A few months back, they issued the book/CD package He Is My Story: The Sanctified Soul Of Arizona Dranes. Arizona Dranes was a singing pianist whose total output as a leader is but sixteen recordings, all cut in 1926 for Okeh. She came out of the Church Of God In Christ, which is a charismatic Southern Protestant denomination.

She came not from Arizona but from Sherman, TX (hometown of Buck Owens), and recorded in Chicago. She seems to have been the first to marry secular piano styles—jazz, ragtime, hokum—to sanctified singing. In her vocals, we hear the seeds of Mahalia Jackson, Sister Rosetta Tharpe, Clara Ward, and virtually any other subsequent gospel giant to come to spotlight after about 1940. Her piano style contains many clues to the future as well. One hears snatches of licks that found their various ways to Jerry Lee Lewis, Ray Charles, and Amos Milburn, among many others. The most influential gospel songwriter and pianist, Thomas A. Dorsey, credited her as an important influence on his will to mix sacred and secular. Dranes' piano style pulled in the rhythms that first animated black America in the wake of the first World War. Dorsey added the blues influence. Even if he had not composed "Peace In The Valley" or "Take My Hand, Precious Lord," his stature as a pianist would still be more than enough to warrant musical immortality. Remove him from the equation and much about blues, jazz, and gospel becomes inexplicable.

Hearing the early pioneers is often a kind of hide and seek. We're frequently looking specifically for prenatal glimpses of subsequent music, and that might be the primary value of the excursion. Not so in Dranes' case. These sixteen recordings are exciting. You can tell nothing quite like he ever happened like this before. The true sound of discovery has been captured in these 1926 sessions, and she is one of those whose sheer volume guaranteed that her presence wasn't diminished by pre-electric recording limitations. Like Al Jolson and Louis Armstrong both, she overpowers the sonic limitations. At times, she is so vivid and otherworldly as to be truly scary.

The disc is packaged in a slim but beautifully written book by historian Michael Corcoran, with a great many photos, letters, record labels, and other ephemera. Again, Tompkins Square's graphics department (which is apparently a woman named Susan Archie) is all that, and the pristine mastering job Bryan Hoffa did deserves much credit. This is not the first time Dranes' recordings have been issued, but this is the first time the performances aren't behind a wall of scratches and other sonic distress. Producer Josh Rosenthal deserves more than praise for this package. It's an enrichment.

Dranes died of a stroke in 1963 at the age of 74. Her last live appearance had been about 16 years before. No record survives of her reaction to the musicians she influenced. Hemphill passed two years earlier, at the age of 85. His influence was confined to his small Mississippi community, where he did mold young local musicians, none of whom seems to have achieved fame.

I don't get the sense for a second Hemphill nor Dranes saw a musical life outside the ones they chose for themselves. Dranes is because of this release now the subject of new attention (NPR etc), and rightfully so, but it's nothing she would have planned for. Hemphill will likely stay known only to a very few, the people for whom a very specific type of folk music is spiritual nourishment. But Hemphill and Dranes happened, and not in a vacuum. They were musical representatives from apparently marginal communities that seem to have fallen from notice. But they happened, and they gave us great news. Mark Twain wrote of "memories that someday will become all beautiful when the last annoyance that encumbers them shall have faded out of our minds," and music is especially good to this purpose. We romanticize difficult circumstances if it makes for a good story.

The lesson we learn from Leadbelly, Hemphill, and Dranes is that we have to look more closely at our musical past, otherwise we are doomed to painting stereotypes and caricatures, and with a broad brush, at that. These artists and their art tell us we'd do well to know our past as accurately as we can.

If only because it sounds so good. 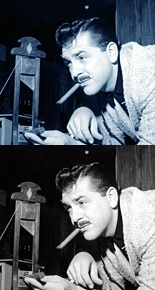