By C. MICHAEL BAILEY
November 30, 2004
Sign in to view read count
Perhaps inevitably, The Fantasy Jazz Empire is repackaging its extensive product yet again—and this is a good thing. It is collections exactly like these that I would suggest to novices who want exposure to certain artists or styles. The six releases below are just the more recent in this current release program (see Part 1 ). They also highlight the seemingly endless font of jazz available from Fantasy, representing the most important output of the artists featured. 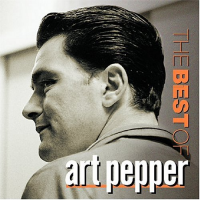 The Best of Art Pepper brings together the alto saxophonist's Contemporary and Galaxy sides spanning almost 30 years. Art Pepper's (1929-1982) desire in the latter part of his life was to be considered the greatest alto saxophonist performing. By the time of his death and induction into the Down Beat Jazz Hall of Fame in 1982, Pepper had certainly achieved that. He outlived...and remained just beyond the influence of Charlie Parker and was probably more touched by Lester Young and John Coltrane than any fellow alto players. Pepper's greatest Contemporary sides are here, Meets the Rhythm Section, Smack Up, Gettin' Together, and the still astonishing + 11,. The show is stolen by the Winter Moon sides with strings. The Theme from "The Eyes of Laura Mars" still tingles, as does "Our Song." The disc closes appropriately with a song long associated with Pepper, "Over The Rainbow."

Tracks: Smack Up, Tin Tin Deo, Move, Too Close for Comfort, You'd Be So Nice to Come Home To; Softly, As in a Morning Sunrise; Bernie's Tune, I Can't Believe That You're in Love with Me, Gettin' Together, Mambo Koyama, The Prisoner (Love Theme from The Eyes of Laura Mars), Our Song, Over the Rainbow. 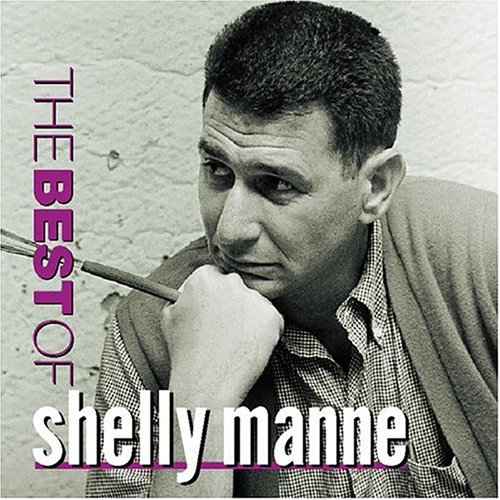 Drummer Shelly Mann (1920-1984) owned the West Coast Club Shelly's Manne-Hole where he and his band recorded a series of influential live recordings. A Left Coast fixture, Manne leads the best and the brightest of California Cool into the hot climes of Be Bop and Hard Bop. The latter is found in the funky "Collard Greens and Black-Eyed Peas" from Shelly Manne and his Friends. "Moose the Mooch" represents the Be Bop and "Peter Gunn" the keen sense of humor of this powerful drummer. One hopes that "Way Out West" shows up somewhere.

Red Garland (1923-1984) was the quintessential cocktail pianist. Block chords and formal Be Bop chops qualified Mr. Garland to swing with the best of them without being one of the best. That mattered not to Miles Davis, who included Garland in the trumpeter's first great quintet with John Coltrane, Paul Chambers, and Philly Joe Jones. This edition of The Best of focuses on Garlands trio sides. Previously released was The Best of Red Garland Quintets , a set that features those superb John Coltrane and Donald Bird recordings. Displayed here is Garland's barrelhouse Be Bop on "Your Red Wagon" and Hard Cool on "Walkin'" with Kenny Burrell. The highlight is the near-10-minute "please Send Me Someone to Love" from Red Garland's Piano.

Tracks: Your Red Wagon, My Romance, Walkin,' The Nearness of You, Will You Still Be Mine?, Manteca, And the Angels Sing, Summertime, When Your Lover Has Gone, Please Send Me Someone to Love

John Coltrane's (1926-1967) sides for Prestige were a mainstream warm up to his Atlantic and ultimately Impulse! recordings. Here are the standards and the blues Coltrane trained his sights on while perfecting his "wall of sound" approach to soloing. The ballads "The Way You Look Tonight" and "Come Rain of Come Shine" were long associated with Coltrane, showing his more tender side, if one might call it that. These sides show that Coltrane was no Ben Webster. Coltrane was all about the head, thinking, the intellectual ideal fused with the spiritual canticle. Dakar , Standard Coltrane , Bahia , Black Pearls and the exquisite Lush Life show the formative Coltrane well on his way to the spiritual perfection of A Love Supreme.

Tracks: Russian Lullaby, The Way You Look Tonight, On a Misty Night, Come Rain or Come Shine, Dakar, I'll Get By (As Long As I Have You), Theme for Ernie, Bahia Lover Come Back to Me, I Hear a Rhapsody, Trane's Slo Blues ( aka Slowtrane)

Edward Davis (1922-1986) was a durable and dependable tenor voice who left his stamp on several '40s through the '60s big band, including Lucky Millander and Count Basie. He often recorded with Basie alum Harry "Sweets" Edison, but is perhaps best remembered for some tenor duets he recorded with Johnny Griffin as well as his tenor-organ excursions with Shirley Scott. Presented here are Lockjaw's Prestige sides from between 1958 and '62, when the tenorist was in his prime. Expansive and powerful, even "Willow Weep for Me" and "Body and Soul" sound very large indeed. "Goin' to Meetin'" is as greasy as it gets.

Tracks: Intermission Riff, Willow Weep for Me, Last Train from Overbrook, Robbins Nest, Body and Soul, Trane Whistle, Only Have Eyes for You, Goin' to Meetin,' The Rev, Speak Low, The Chef, In the Kitchen.

If Brother Red Garland is the king of cocktail pianists, then Philadelphia-native Bobby Timmons (1935-1974) is the king of the sanctified church of Hard Bop (or Soul Jazz, if one must get technical). The touchstone "Moanin'" defined this genre and is included here in two performances, the first from This Here is Bobby Timmons and the latter from Bobby Timmons Trio—From The Bottom. This church drenched standard is joined by "This Here," "Dat Dere," and "Soul Time" and a host of Timmons specialties. One must believe that this is what jazz is all about.

Tracks: Moanin,' Old Devil Moon, God Bless the Child, Soul Time, Born to Be Blue, Someone to Watch Over Me, Dat Dere, Easy Does It, Spring Can Really Hang You Up the Most, This Here, Lush Life, So Tired, Goodbye, Moanin'