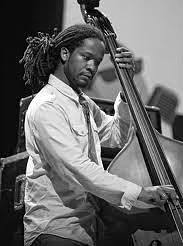 Winner of the 2009 Thelonious Monk Competition for bass (the competition focuses on a different instrument each year), innovative young artist Ben Williams brought his quintet to the Kennedy Center Jazz Club for an evening of entertaining, inventive music performed with an infectious sense of fun and youthful exuberance. The concert was all the more appealing for its sense of triumphant homecoming for Williams, a DC native, a feeling reinforced by the band's naturalness and the vocal support from friends and family in the audience. This familial atmosphere was further aided by the presence of Billy Taylor's protégé Christian Sands on piano, as well as Williams' heartfelt dedication to the late Kennedy Center educator and master player at the outset of the evening.

As the bassist remarked, "Everyone who plays at the Kennedy Center owes a debt to Dr. Taylor," who until his recent death worked with countless young artists and was instrumental in building the Kennedy Center's strong jazz program, including establishing the KC Jazz Club which annually features the winner of the Monk Competition. The concert is one of the direct benefits of taking first place in the competition, as is the opportunity to record an album for Concord, the result of which is Williams' CD State of the Art set for release later this summer (June 28, 2011). But these concrete benefits are only the beginning of the dividends that can accrue to Monk Competition competitors.

"Just the exposure that comes with the award... you get a lot of attention that is really great for your career," he explained. "[In] the history of Monk winners, a lot have gone on to do important things for the music."

Williams has clearly taken full advantage of this spotlight, expanding musically and using the exposure to leverage performance and recording opportunities with a variety of established as well as up-and-coming artists. He also has united with a formidable lineup of young talent to put together his current band, Sound Effect.

Comprised of Marcus Strickland on saxophone, guitarist Matthew Stevens, Obed Calvaire on drums, plus pianist Christian Sands, Williams' group delivered a diverse set of tunes, the range unfolding as though someone had pressed shuffle on a well-stocked iPod. According to Williams, this variety is quite deliberate and serves as a defining musical characteristic of his band, while reflecting the distinct pedigree of Washington's musical environment.

"The jazz scene in DC is very strong. Great, great players and a strong bass tradition... It's a very diverse musical culture. I played a lot of different kinds of music growing up, and the musicians I played with, they were all the same way. They played a jazz club on Saturday night, played in church on Sunday, maybe orchestra, played with R&B singers—they did everything. So the well-rounded musician is something I was just accustomed to seeing. I was never into separating genres. All those influences, mixed together, helped to make my sound. And of course the Go-Go thing, that's special to DC. That is our indigenous music. That is always in there."

This heritage was on display as the band worked its way through its set list with a casual looseness belying the technical inventiveness of their delivery. The band opened with "Home," a funky, catchy 1970s-influenced original and then picked up steam with a clever cover of Stevie Wonder's "Part Time Lover." On the latter, Strickland stretched out, employing his smooth tone and dexterity to build a playful solo based on the familiar tune. With the warm-up over, the band really hit its stride with the next string of compositions, including two more originals, "November" and "Mr. Dynamite," as well as a cover of the R&B singer Goapele's "Things Don't Exist."

A fun, expressive piece with a lively center, "November" offered each band member a platform to show his chops as the band navigated the composition's variegated rhythms and tempos. Sands in particular showed his undeniable talent by delivering a tumult of notes that twisted and erupted in a seemingly endless flow of ideas, while Calvaire provided a bed of subtle rhythmic shifts and accents throughout.

The highlight of the evening followed, the tune "Things Don't Exist." A melancholy, slow-tempo piece on which Strickland switched to soprano sax, it allowed the band as a whole to reveal that despite the lightheartedness they had displayed earlier, they were able to deftly execute an emotionally stirring, subtle vision. Beyond a traditional, lovelorn ballad, the intensity of "Things Don't Exist" seemed to express a deeper, more existential strife.

Speaking about the tune, Williams explained that he had always been attracted to it. "It has a very somber mood. The music itself, if I could describe it in a color, it would be indigo, very melancholy, very introspective... It is one of my favorite songs by [Goapele] and she is one of my favorite artists, and I have always been in love with it, and I just wanted to play it."

Williams then closed out the night with the explosive "Mr. Dynamite." A tribute to the "godfather of soul," James Brown, the tune's big, bold rhythms, clever turns, and free-spirited delivery aptly encapsulated the nature of Williams' band, which in his own words "is fun, it's funky, it's swinging, it's pretty diverse—it's great. Turn it up!"

Williams' career is clearly only just beginning, and this concert suggested he and his band are dedicated to exploring the many corners of not just jazz, but a wide spectrum of musical sources. "We have a similar concept towards music where we are respecting the tradition, but at the same time, we play like young people, we are representing what is going on now," explained Williams. "We are not afraid to keep it moving."

That sense of movement at the heart of Williams' KC performance leaves the listener with a strong impression. All five musicians played without fear or restraint, barreling ahead with a delight that kept the music light, fresh, and appealing. It will be interesting to see what direction Williams and his crew move in next.