By WALTER KOLOSKY
November 15, 2002
Sign in to view read count 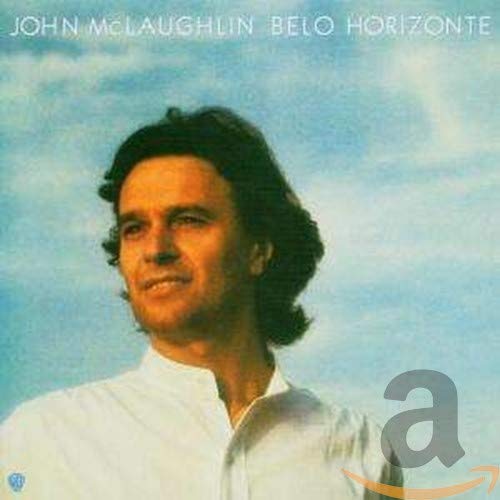 Shame, shame, shame on Warner Brothers for not releasing 1981's Belo Horizonte on CD until more than 18 years after it went out of print! Belo's original claim to fame was that McLaughlin played acoustic and the rest of the band played electric—apparently a new technological breakthrough! (The fact was announced loudly by a big sticker on the outside of the record cover). Ironically, this claim remains actually quite dubious, as throughout much of the album everyone plays acoustic anyway!

With that marketing nonsense out of the way, Belo features some of the best compositions John McLaughlin has ever written. It also showcases some of the most unbelievable acoustic guitar playing ever put onto record. "Stardust On Your Sleeve" should be required listening for anyone who wants to know what a brilliant guitarist can do with his instrument. It is an outstanding piece that ranks among the higher moments of guitar history. This is not hyperbole. McLaughlin is literally able to bend time. Missing this tune would truly deprive you of a great pleasure in your life.

Tommy Campbell on drums and Katia LaBeque on piano and synthesizer both stand out from the crowd. On tunes ranging from the acoustic/electric Weather Report-like "One Melody" to the completely joyful "La Baleine," the pure sound of McLaughlin's guitar is a revelation and the presence of LaBeque gives the music a slight classical feel. Guest star Paco DeLucia joins in for good measure.

The Translators, as the band was to become known on the road, also included Francois Couturier on keyboards and Jean-Paul Celea on acoustic bass. Both have a strong European jazz following based upon their own releases, but here they clearly provide solid support. The joy that exuded from this band made its live performances among the most exciting of all of McLaughlin's bands over the years.

Wounded Bird Records has recently re-released Belo Horizonte. A thousand thanks should go out to that company for rescuing so many jazz-fusion classics.