Behind The Lens With Brian O'Connor 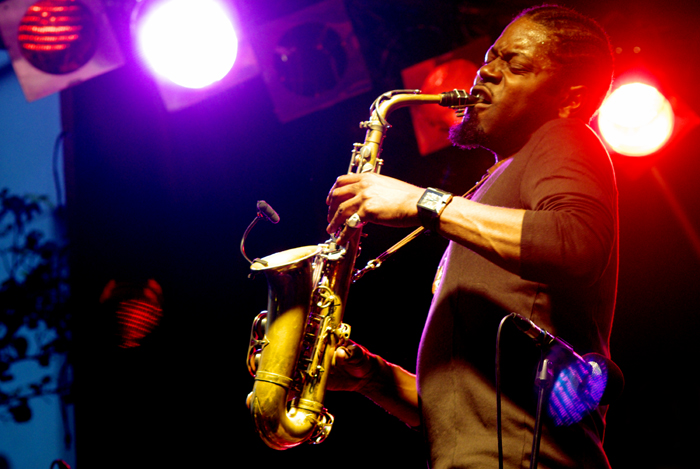 By BRIAN O'CONNOR
April 21, 2012
Sign in to view read count
Meet Brian O'Connor:
Since my early twenties I have been interested in both photography and jazz.

Photography started with the purchase of a secondhand (used, preowned) 35mm Ilford Sportsman camera at £6 ($9) (one week's wages then). Three shutter speeds, no metering, guesswork focusing. The next purchase was £12 ($18) on a separate exposure meter. This proved to be the best investment made, for a combination of the two soon meant that I quickly learned to gauge exposures in many varying conditions. Choosing Kodachrome (sadly now demised) 25ASA slide film also, because of its limited latitude, taught me the discipline of getting the exposure correct. Landscape photography was the main subject at this time.

Exposure to jazz in the UK during the fifties was almost zero, but you were able to listen to quite a lot of Latin American styles, which I liked very much. So, when I heard Stan Getz and Charlie Byrd on Jazz Samba, the spark was ignited and I delved into the world of jazz. It's been nonstop ever since.

It being almost impossible to earn money from jazz photography, I opted to work in the photographic trade for most of my career. With a growing interest in the music, and access to better equipment, I started taking a camera to gigs at the beginning of the seventies. As a serious hobby, it has continued to this day.

In 2000, at the young age of 58, I gained my first photographic qualification, the LRPS, with the Royal Photographic Society. By the time I reach my century I hope to become a FRPS.

Gear:
I started off with a Pentax Spotmatic, 50f1.8 Takumar and 100f2.8. Very rudimentary, but they did the job. By the time silver halide was capitulating to digital, I was using a Pentax MX then finally, a MZ5n. After that, digital. Pentax were slow in this market, but as I had accumulated so many of their lenses, economics prevented me changing systems. However, with the K-5 they are finally up and running. An excellent camera in low light. This, combined with the fact that my favorite lenses from previous years can still be used, have made it an excellent choice. Favorite lenses: All Pentax. 50F1.4AF, 100f2.8M, 100f2.8AF, 85f2K, 300f4T*.

I used to have the "traditional" darkroom and all that that entailed. Now totally digitized, and using Photoshop to manipulate the images and an Epson stylus Photo R2880 upon which to print them. I do not have any nostalgic feeling for the "good old days" of inhaling chemical fumes for hours on end!

Teachers and/or influences?
Entirely self taught, but influences include Ansel Adams, David Redfern, Herman Leonard, William Claxton. Also the "classical" painters, Turner, Rembrandt etc. I can just about paint a blank wall, but seeing how these masters could interpret the variations and quality of light, has made me aware in my own small way of the importance of capturing the "atmosphere" of the scene, whether it be a landscape or a jazz musician.

I knew I wanted to be a photographer when...
I purchased my first camera. Economics prevented me following it as a full time career, but as a hobby I've probably spent almost as much time on it as so work.

Your approach to photography:
For jazz I always try to get to know the venue first. This is to ensure I take the right equipment, and also getting to know just where and what I will be allowed to do. The I keep equipment (and thus weight) to the minimum. I'm still reluctant to use zoom lenses, except when outside in good light. From a practical budget point of view, with Pentax in particular, a vast array of pre-owned fixed lenses with wide apertures are available at reasonable prices (it is a hobby with me, remember). I also like to get as close as possible, hence my list of favorite lenses as given above. The 300mm if for when I can't! To me there is no point in getting a hernia with a 70-300mm f2.8 weighing the proverbial ton when you are taking most shots at the 85mm setting.

In general I use high ISO speeds, accepting the grain effect. To try and ensure maximum impact I try make sure that the eyes of the subject are in focus, irrespective of what else is captured sharply. Then I try to capture the moment when a musician displays an individual "quirk" that adds something to the shot. It pays to know the performer. Then, simply take as many shots as possible. Never shirk the possibility of pressing the button.

Finally, most important, get permission, be polite, be invisible.

Your biggest challenge when shooting indoor (or low lighted) events:
At my age, it's getting up off the floor, or holding the camera steady for long periods of time. I never use the meter in the camera, never use flash, and only use the center spot AF setting. Exposure is educated guesswork from knowledge gained over the years.

Your biggest challenge when shooting outdoor events:
Much the same as indoors really. The main problem now is that everyone with a mobile phone classes themselves as a photographer, and tend to copy the habits of the only photographers they have ever heard of, the paparazzi. The driver of a small compact car could not automatically control a Formula 1 vehicle. If only they could apply this logic to cameras! So, I avoid, and again as mentioned above, remain polite, as invisible as possible, and do not even attempt to debate the matter. 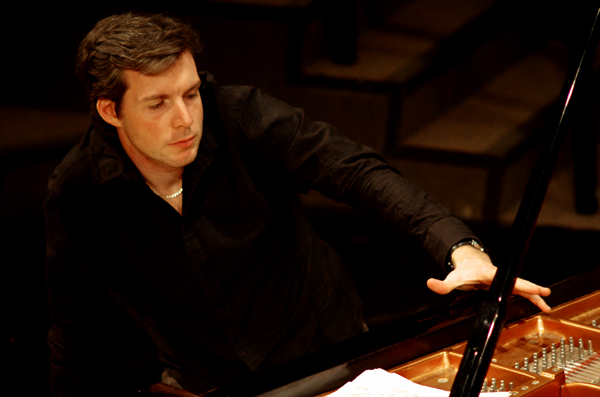 Favorite venue to shoot:
Too numerous to mention them all, but basically anywhere where I'm welcomed and especially when this is accompanied by good lighting (why is lighting so woeful in many jazz venues? A couple of spots costs nothing these days). Notable mentions go to: The Under Ground Theatre, Eastbourne; The Hawth, Crawley; Pizza Express, Dean St., Soho, London.

Where was your first assignment location?
Hammersmith Odeon, London, Blood Sweat & Tears. Pure guesswork and buried in the audience. It shows!

Your favorite musician(s) to photograph:
Any musician who is "alive" to his/her surroundings, and not giving the appearance of going through the motions. Claire Martin the singer is typically one of the best.

Did you know...
I do like the odd single malt and bourbon. Most people like one or the other.

Your favorite jazz story:
The many anecdotes of Ronnie Scott. Too many to mention here, but as a raconteur of jazz stories, he did not have an equal. "It's easy to make a million out of jazz, just start off with two."

View more Brian O'Connor photos at All About Jazz