Behind the Lens With Bill Douthart 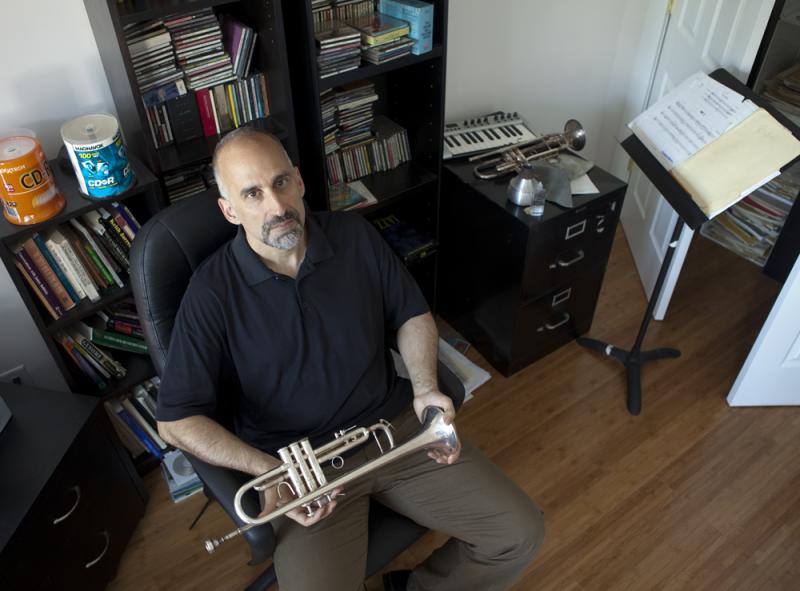 By BILL DOUTHART
June 25, 2012
Sign in to view read count
Meet Bill Douthart:
I am a New York-based photographer who shoots for many publications including Downbeat, Fader, Rolling Stone and the New York Times. I am a graduate of the University of North Texas, where I received a degree in Photojournalism. My work has been exhibited in US and Europe.

Teachers and/or influences?
I am mainly a portrait shooter so my influences are mainly portraitist. Richard Avedon, Irving Penn and Arnold Newman are the main ones for me. One of the most useful lessons came from Arnold Newman. During a conversation I had with him, I asked him what was the one thing he had learned about photography that was most important. Before I could finish my question he looks me in the eye and says, "Be ready; you gotta be ready!"

I knew I wanted to be a photographer when...
Sitting backstage photographing Mel Lewis at a One O' Clock lab band concert at North Texas. I thought, "This is pretty cool!"

Your approach to photography:
My whole approach is put the subject in a situation where their personality shows through. I do some direction, but mostly just try to put the subject at ease.

Your biggest challenge when shooting indoor (or low lighted) events:
I am a portrait shooter, so I bring lighting with me.

Your favorite jazz story:
I was shooting a cover for Downbeat magazine of Benny Golson. One of the best parts of the job is getting to work with the artist. I asked him about how Quincy Jones came to record "Killer Joe." He told me, basically, that Quincy heard him playing the tune and asked him if he could record it. Benny said, "He is probably more known for the tune than I am. I don't care."

View more Bill Douthart photos at All About Jazz