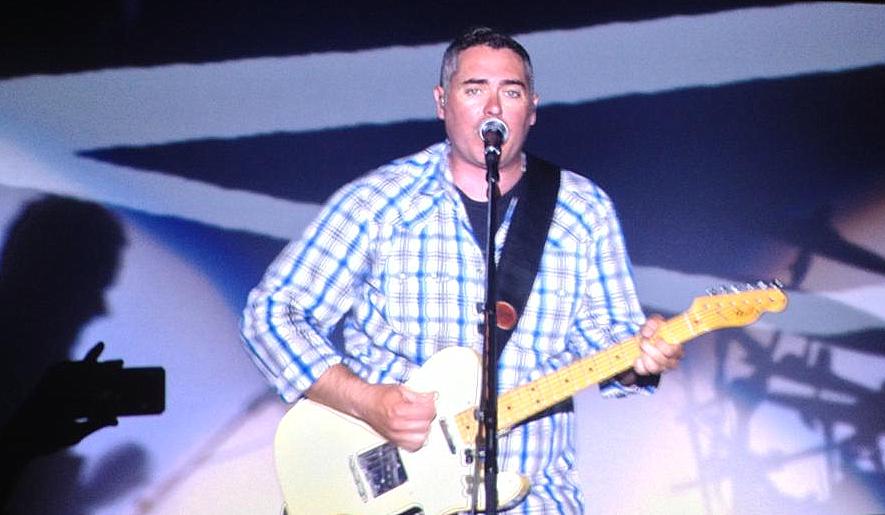 The Barenaked Ladies are one of Canada's greatest and most successful exports to the United States if not the world. If success were defined by bringing smiles to the faces of the young and old alike, then the band is clearly a huge success. Best known for their string of hit singles that include "One Week," "The Old Apartment," "If I Had $1000000," "Brian Wilson" and most recently the theme song for the CBS sitcom The Big Bang Theory, the band has sold over 15 million records since it was formed in 1988 in Scarborough, Ontario. The Barenaked Ladies has won numerous Juno Awards and has been nominated for Grammy Awards, and is currently composed of Ed Robertson (guitar/vocals), Jim Creeggan (bass/vocals), Kevin Hearn (keyboard/guitar/vocals) and Tyler Stewart (drums/vocals). Original members, pianist Andy Creeggan and guitarist Steven Page left the band, in 1995 and 2009, respectively.

Playing in front of a crowd comprised of marketing, product branding and research executives at the Nielsen 360 Conference in San Antonio, TX on a steamy Tuesday evening, the band played their most popular songs in addition to some well-chosen covers. The show was both energetic, joyous and side-splittingly funny. From the opening notes of the first song, It's All Been Done" the band had the audience on its feet, dancing and jumping to all the upbeat musical stylings, treats and humorous crowd banter. Mixing the classic hits "Pinch Me;" "Brian Wilson" and "The Old Apartment," old favorites ("Sound Of Your Voice" "Easy"), TV theme songs, with new favorites—"Odds Are" and "Did I Say That Out Loud?" from Grinning Streak (Vanguard Records, 2013)—and covers like Lou Reed's "Walk On The Wild Side" and the Kinks' "You Really Got Me" with the help of an audience member named Reggie (who strummed the notes while Robertson fingered the chords) provided the audience of advertising executives with exactly what they expected and so much more.

The band worked the crowd into a frenzy as the show wound down with "One Week," "If I Had $1000000," and a medley that included snippets of Katy Perry's "Roar," Bruno Mars' "Grenade" and Lorde's "Royals" and Miley Cyrus' "Wrecking Ball."

The encores sent the already wild crowd out of its collective mind as Robertson and Stewart switched places and instruments—Robertson manning the skins and Stewart out in front handling the lead vocals on "Alcohol." Stewart then implored the crow to "c'mon snap it with me Nielsen," as the band rolled into fiery renditions of the Violent Femmes' "Blister In The Sun and Led Zeppelin's "Whole Lotta Love."

PT Barnum said that the key to a successful performance it to "always leave them wanting more." Based on that edict, the Barenaked Ladies performance to the Nielsen (yes the people responsible for television ratings) Conference audience was a rousing success.