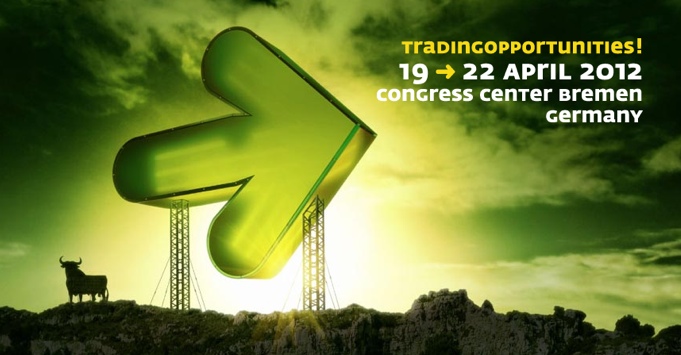 By FRANCESCO MARTINELLI
May 14, 2012
Sign in to view read count
[Editor's Note: It's been quite a few years since Italian writer, music educator and general provocateur Francesco Martinelli last contributed to All About Jazz. Having recently returned home from Jazzahead! 2012 in Bremen, and with the current debates about the meaning, future and relevance of the word "jazz" fresh in his mind, Martinelli posits an alternate meaning to trumpeter Nicholas Payton's recent BAM campaign.]

Among the pile of the CDs collected during the hectic days of Bremen's Jazzahead! 2012—the biggest so far—I found myself looking at two compilations, the sampler prepared by Jazzahead! itself and the 12 Points 2012 CD. For those who do not know 12 Points, you should: not only did it receive the first Award for Innovative Programming, during the 25th anniversary celebrations of the European Jazz Network, but it is widely considered the most exciting initiative in European jazz festivals, collecting young musicians from 12 different countries and having them meet audiences in a different city every other year (the alternate years taking place in Dublin, from where it originates, thanks to the fertile mind and hard work of Gerry Godley).

Two compilations, four CDs, more than 50 tracks by as many different groups, more than twenty countries represented, including USA, Brasil and Venezuela. Is it a statistically representative sample? I guess not. But Jazzahead! and 12 Points are two of the hottest spots for jazz in Europe, and the selections are made by people who need their programs to be interesting, up-to-date, and attractive to audiences. The Bremen Messe is not financed by public money; it needs revenue from exhibitors to get going, and exhibitors come only if there is widespread interest. Judging from this year's visitors, there is: you could meet representatives from music festivals and labels, as well as musicians from North and South America, Japan and China alongside Europe and surrounding areas including Russia, Turkey and Israel. So if these compilation are not statistically representative, they are at least meaningful.

Are there any facts that we can gather from this compilations? Maybe.

For one, there is very little of what "jazz" is according, to the "jazz police." The "jazz police" are the self-appointed border guards, la migra of jazz; they even know what "pure jazz" is—an oxymoron if ever was one. Blues is no more referenced than other musical styles, maybe less. Swing rhythms comes in many different fashions, none of which is very close to the type perfected about half a century ago, but some of the groups swing hard, in their own way (beware: I support the notion that there's a lot of swing in the way Alexander von Schlippenbach's trios play). Most of these musicians play their original songs; exceptions—and I am always talking about these specific four CDs—are five songs, by Henri Salvador, Leonard Cohen, Frank Zappa, Michel Legrand and Van Morrison, as well as arrangements of folk tunes from Venezuela, Spain, Serbia and Turkey. There are no "jazz standards" to be found; that's a trend right there.

One of the most sickening aspects of jazz is its concern with a manifactured past, enshrined in a canon derived from a European classical music concept. Does anybody playing a Kind of Blue (Columbia, 1959) tribute ever considers why Miles Davis himself, in 25 years never, made one (well, he barely did one)? If Davis' eyes were on the money, that would have been a better paying and safer bet than going electric. A repertory reenactment of great past moments—separated from their historical context, with none of the original energy and so more and more meaningless—is conspicuously absent on these four CDs. I find this extremely refreshing and truer to what the greatest artists in jazz expressed in life, art and words.

Does it mean that some traditional models have disappeared? Up to a point. Today, a visiting American musician certainly does not have to insist to play a non-standard tune, as saxophonist Stan Getz did in 1949, opening the way for Miles' "Dear Old Stockholm." On the other hand, despite the massive entry of instruments that are considered marginal in jazz, the instrumental colors of these group are firmly rooted in modern jazz. Trumpets, saxophones, drum sets and double basses are still the main fare. They are played in a way that is unmistakably derived from a wide arc that includes the great creators of modern, post-1957 jazz, that includes Davis and his different groups, Sonny Rollins, Keith Jarrett, John Coltrane, Charles Mingus, and Ornette Coleman, down through Bill Frisell and Brad Mehldau. But, at the same time, a pan-European inspiration is also there, from Jan Garbarek and Edward Vesala to John Surman, Louis Sclavis, Gianluigi Trovesi and Han Bennink/Mengelberg; the freedom to use folk forms and free improvisation, as well as classically proportioned forms; and a liberal dose of humor, so often missing from the jazz reenactments of times past. The single most spread inspiration must be, however, Wayne Shorter, both as a composer and bandleader of his own quartet; incredibly enough, one hears more than ever Warne Marsh-isms via Mark Turner. Drummers are all of the post-Elvin Jones and Tony Williams affiliation—and, again, Brian Blade figures prominently on the horizon.

There is no idiomatic affiliation to any of the music played by those masters however, or to a specific form; a general level of extremely high technical competence and efficiency allows these young musicians to let different worlds collide, as in those researches for subatomic particles, and just see what will happen if you pick a metal groove and crash it into an Erik Satie piano melody, or juxtapose a folk rhythm with a screaming saxophone, throwing everything up in the air and still landing safely without losing sight of the general shape of the piece. If jazz, at its best, always defied definition, this panorama is jazz—even more so, in fact.

Among past genres, or strains, of jazz, free jazz and European free improvisation have certainly left a stamp that it is bigger than their marketshare or popularity. These musicians do not necessarily practice free improvising constantly, but they would not dream of not being able to include freely improvised episodes in their pieces. Popular styles of rock, jazz and fusion seem also passé, and if these musicians reference rock, they do it directly. Piano trios seem, understandably, to have for the moment almost exhausted their possibilities.

What is even more interesting to witness is the type of bond that these groups establish with audiences who are young, especially when compared to the greybeards of "jazz" (between quotation marks) demographics, so often decried in the jazz press. Amid the lamentations from the jazz musicians playing "in style" that they can not find work, there seems to be a goodish amount of gigs for groups that could easily fall into the "jazz avantgarde" category but are, in fact, more easy to listen to—for kids their age—than the endless explorations into the subtleties of hard-bop idiom considered by some the only music qualified to be called jazz.

There were already those niches in European music, and they can be great fun: I for one don't enjoy anything better than an argument between a supporter of Tebaldi and one of Callas, or one of Mitropoulos against one of Toscanini, possibly leading to fisticuffs and broken friendships. These are still better than those dreary European fortresses of atonalism and serialism, where the spirit of Schoenberg and Webern is forgotten in favour of repeating patterns copped from their compostions—wait a minute, this sounds familiar!

In fact, I have the feeling that many of these groups are not expecially anxious to be considered as jazz—the four letter word is distinctly downplayed on the promotional material of 12 Points. Is all this music equally successful or even interesting? I suppose not. It is more so, however, than much of what is being sold under the "jazz" name these days, be it Frank Sinatra or Billie Holiday wannabees, badly manufactured swing, languid Latin songs, or machine-gun lick shooters. At least no one can honestly complain that it all "sounds the same," which is the observation, not entirely off the mark, that unconverted participants to jazz festivals do so often make.

For my died-in-the wool old freejazzer bones, there's nothing more warming than listening to France's Actuum or Emile Parmentier Quartet, TrioVD from England, Macej Obara from Poland, Belgian pianist Fulco Ottervanger, or Lithuanian tenor Liudas Mockunas. I find the more or less direct elaborations of folk music from Spain's Alboradas, Serbian Divanhana or Istanbul Kolektif equally absorbing; these two last successfully including voices but, to be perfectly honest, I can mostly do without the vocalizing within these groups, often tottering between Norah Jones' nasal meaowings and "dark lady" posing. Some of the groups with voices inhabit the fashionably cold world of Penguin Café Orchestra or Aphex Twins, areas where I was never able to feel seriously emotionally involved. When groove and jump are taken with a liberal pinch of irony, as to emphasize that they are an ersatz version born out of a different world, they also work for me, in the music of Trondheim Jazz Orchestra or Germany's Mo' Blow.

Conclusions? None. I guess that followers of the Jazz Canon will remain unmoved, or even require that the name could be used only with a stamp of approval, like Champagne or Parmigiano. The problem is, it's too late to put the cat back in the sack. If the Montreux Jazz festival can present Jane Birkin without being raided, I guess we can safely carry on with our Anthony Braxtons and Evan Parkers, as well as their sons and grandsons. For me it was all jazz anyway, and together with the others who could not care less about the question, we come back from these events elated by some of the music we heard, and at least interested by most.