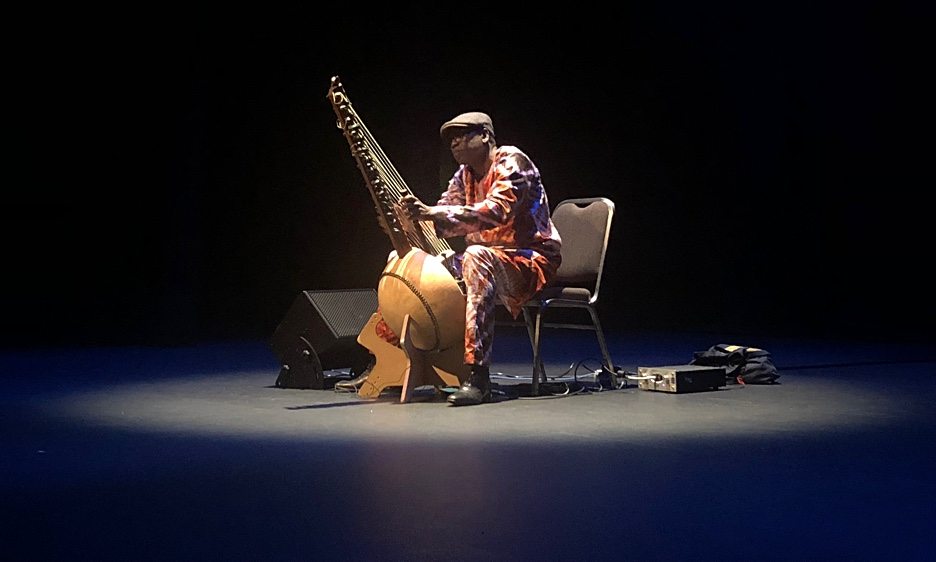 The kora must be one of the world's great improvisatory instruments, and Mali's Ballaké Sissoko is surely one of the instrument's most visible proponents. Somewhere between a harp and a double lute, the ingenious West African instrument can produce the most mesmerizing music, as its 21 strings chime with a warm, soothing glow.

In Sissoko's hands, the effect is liquid: The tone is pure, crisp and refreshing, with melodies rippling like rapids and cascading like waterfalls. Sissoko, 51, is as celebrated for traditional recordings alongside contemporary Toumani Diabate as for collaborations with the likes of French cellist Vincent Ségal, Catalan early music revivalist Jordi Savall and American bluesman Taj Mahal.

Performing at Hong Kong's Sheung Wan Civic Centre Theatre, Sissoko sat solo at center stage. He plays with his eyes closed, swaying soulfully to the music, humming with a grin when it's good and moaning with contentment when it's really good. Every note is in the moment; while recognizable melodies emerge, the phrases flow, merge and split like a tributary of ideas.

Sissoko's mastery is unquestionable, yet his customized 22-string instrument sounds like an intuitive partner. Tuned ordinarily to a major, minor or Lydian scale, there's a satisfying harmonic sense to the spinning torrent of ideas. Arranged in two rows, the kora's two lowest strings are tuned a fourth apart, facilitating the lazy, loping I-IV desert blues groove familiar to anyone who has heard a record by Ali Farka Toure. On top of this drone, Sissoko's long-nailed hands unravel magnetic melody lines—one hand plucking a choral arpeggio while the other searches the ether. At other times, both hands are in a flurry, harmonizing a single lead line or alternating fast, firey polyrhythms. There is sophistication to such precision that belies the dreamy, trancelike mood of this music.

Like the better known Diabaté (a world music superstar who has worked alongside free jazz saxophonist Roswell Rudd and art-pop icon Björk), Sissoko was the son of a celebrated kora player, Djelimady Sissoko. The pair's 1999 duet New Ancient Strings (Hannibal-Ryko/Harmonia Mundi, 1999) was recorded in tribute to both their fathers. After an opening suite of traditional Mandinka melodies likely passed down through the ages, Sissoko recalled (in French) sneaking into a locked room to practice on his father's instrument. His father wished Sissoko would pursue a more stable profession. As an audience, we can be grateful he was finally given the key.